Nearly as wide as it is tall, the Lower Weeping Wall is the best known climb in Canada. Less than 10 minutes from the road and virtually no avalanche hazard make this a destination for all ice climbers.

Although you can climb about anywhere you please on the wall, there are 3 somewhat independent lines.

The Left-Hand (II WI4) is the easiest and most popular, with the steep ice on the 2nd pitch being the crux.

The Central Pillar (III WI5+) climbs up either side of the large cave (crux) found in the very middle of the wall.

The Right-Hand (III WI5) climbs up to a long, sustained crux second pitch, followed by a short easier pitch to the trees. You may be able to use a bolt-belay on a small ledge to the right after the first pitch.

The Weeping Wall faces mostly south, so ice conditions can change rapidly in the sun, particularly later in the season.

The Weeping Wall is 17.5 miles north of the David Thompson Highway, park at the plowed pull-out.

Several options exist for the descent. There are rock stations leading down the Sniveling Gully route on the left side of the wall, and there is an established rappel route down the rock wall to the right of the Right-Hand route. Or, you can rappel your route. 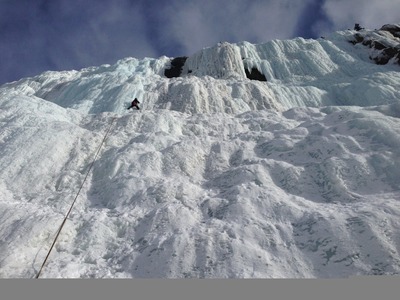 P1 on the left 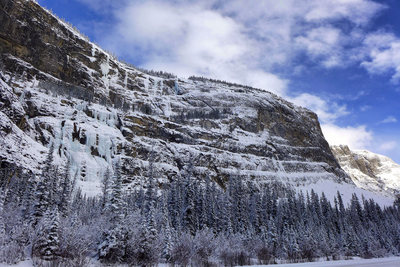 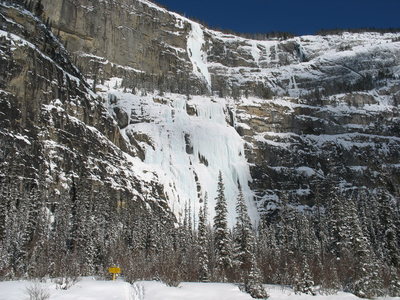 Weeping Wall from the road, February '06. 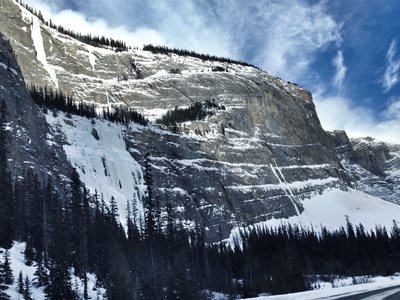 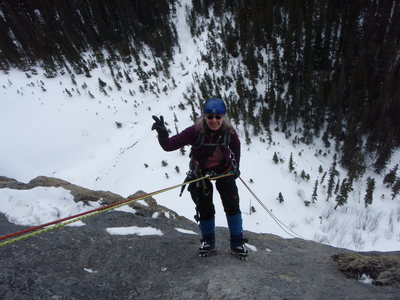 Molly Higgins after a good day on Weeping wall. 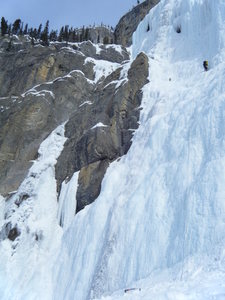 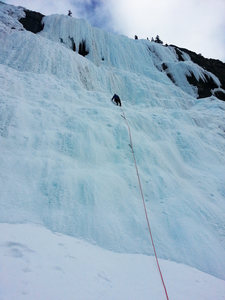 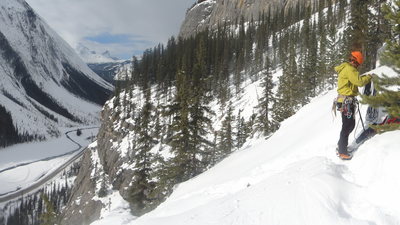 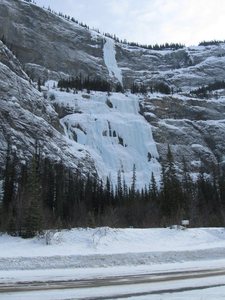