This route, originally put up on natural gear by Rich Bechler, is a lesson in sandbagging. Since the route has been aggressively labeled a "squeeze job" and it lacks discernable natural placements at the crux, it was long forgotten and was subsequently covered in bird sh*t, lichen, and broken rock.

Recently rediscovered and bolted, it took some community involvement to figure out the route's roots. Many holds were broken in the process of cleaning the route - the instability of the original rock further confirms that Rich was more of a man than all of us internet types put together. The crux sequences now rely on smaller, albeit trustworthy holds.

Expect a large fall at the crux, and (if you're sane and choose to clip the bolts) hang a long draw from the fourth bolt. By WI standards, some may still refuse to give this anything harder than 5.6+++, but the rest of the Nation would probably put it somewhere in the 12+ range.

For credit, Nathan Nelson managed to put together the second-FA/whatever you want to call it now. A solid effort to bolt, clean, and send. Props to both Rich and Nathan.

This route sits between a bird sh*t encrusted chimney and a chossy, 4th class slab.

7 bolts (glue ins) tp chains. The fourth bolt is almost invisible from the ground- clip this with an extendable draw - 18 or 24" to avoid heinous rope drag. The loose blocks above the fourth bolt are now stable - we sealed the back of them with some concrete. 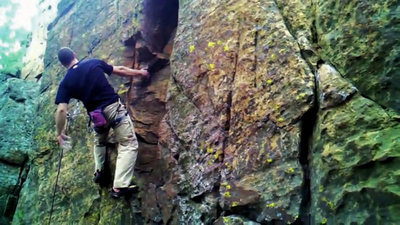 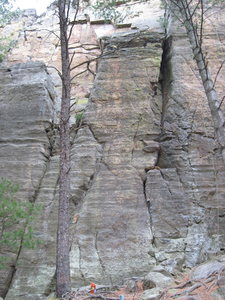 Here's the bottom half of the route. 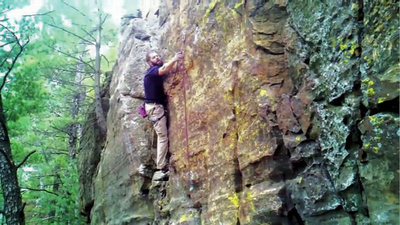 More About Blinded by Lust