The Northwest Ice Couloir is a great alpine outing that involves moderate rock, snow and ice climbing in an outrageous setting. It even tops out a literal hex toss distance from the summit of the Middle Teton.

The route gets icier (and better) later in the season.

2-6 pitches. Depending on how you choose to run the pitches, this could go in as little as 2 with a lot of simul-climbing. (We did it in 3 with a big simul in the middle for pitch 2.)

The route apparently has the nickname "Harry's Highway". (Curious as to where that came from if anyone knows.)

Descend the Southwest Couloir via Class 3.

From the Lower Saddle between the Middle and the Grand hike up toward the north ridge. Two large towers will need to be scrambled around to reach a notch before the main wall of the Middle Teton. Pass the first, Pinocchio Pinnacle, on the west. Pass the second higher one, Bonneys Pinnacle, on the east. From the notch, climb up and traversing right on moderate loose rock ledges to reach the start of the ice/snow couloir. (Note that the couloir itself drops out below you here for thousands of feet.)

Crampons, ice axes, small rock rack and 2-6 screws depending on ice conditions and comfort level. Pickets in snowier conditions may be desired. (We climbed it in late August, lots of ice, used 3 screws.) 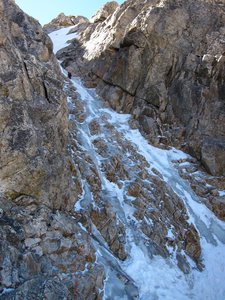 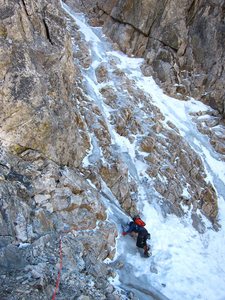 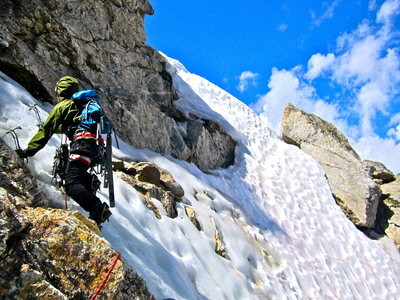 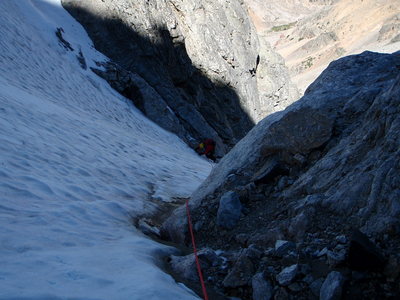 Frosty near the top of the first pitch. 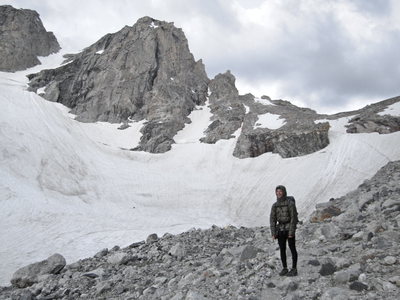 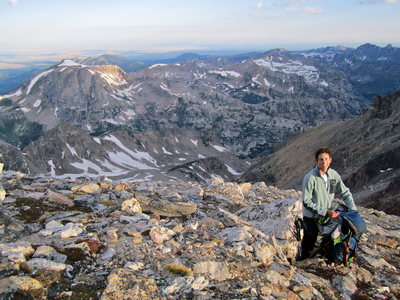 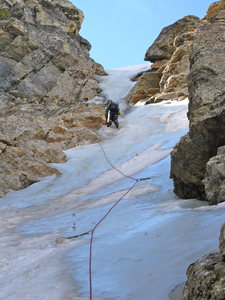 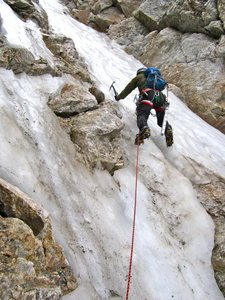 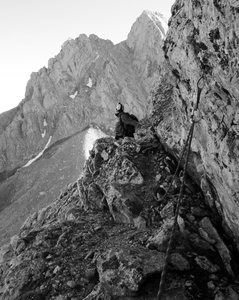 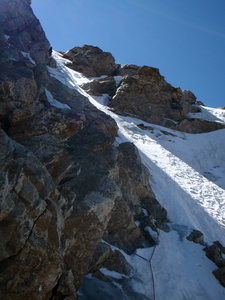 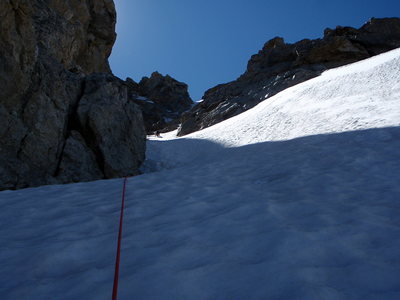 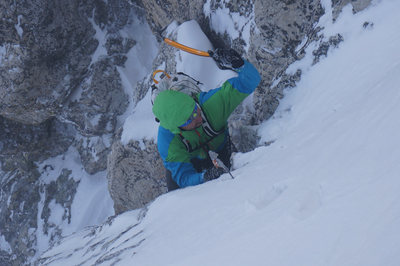 Nearing the top of the route