Amazing alpine ice route with a relatively short approach. Generally steep snow and 50-55 degree ice for 6 continuous pitches. Generally stay on the right side of the couloir (though both sides can be climbed) because the slope of the chute funnels rock and ice to the left side. I have seen this climb in various conditions from steep neve mixed with ice to bullet-proof steep blue ice from top to bottom. I have never seen it as a snow couloir as is shown in S.P. Parker's guidebook.

The North Couloir is the farthest right couloir on the north face. It should be obvious because it is the largest chute. When you arrive at the top of the ice at the notch, either ascend low 5th class rock to the summit (climbers right from the notch) or descend south and down to Conness Lake.

The route is on the north face of North Peak.

Approach: Start hiking from the Saddlebag Lake trailhead by dropping down below the dam and crossing the stream. Next hike along the west bank of Saddlebag Lake. Eventually pass Greenstone Lake on the right (north) side of the lake and continue up through a shallow slot valley past Wasco Lake. At this point you have been following a major trail. Leave the trial (to the left) and hike around the east and north shore of Cascade Lake and look for a climbers trail that heads up the rocky/grassy hillside from the north side of Cascade Lake. Once you reach the shelf and talus field that is almost even in elevation to the base of the North Peak snowfield, turn 180 degrees left and hike directly south to the base of the snowfield for the north face of North Peak. Climb the obvious snowfield to the base of the couloir.

Ice screws for protection and belays in late summer and fall. In early season you may want a small rock rack and/or a couple pickets, though I am not sure about this because I have not done it when it was snow. 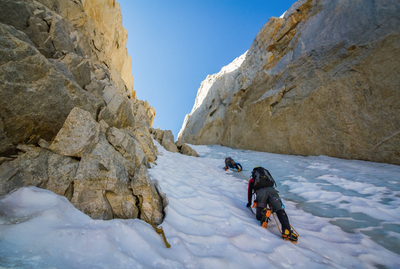 Heading up the couloir with some decent alpine ice 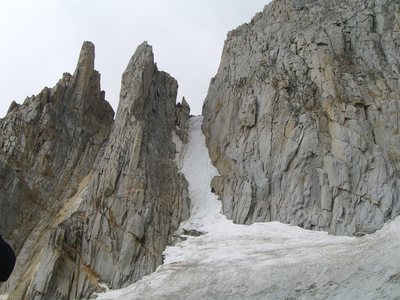 Looking straight up at the r gully 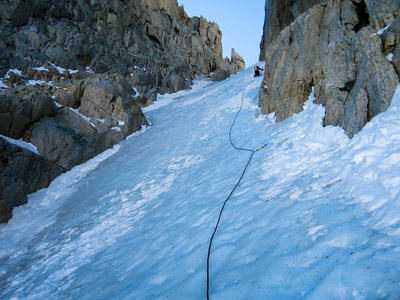 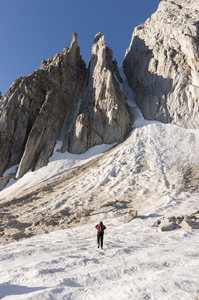 North Pk approach: we took the ramp just below… 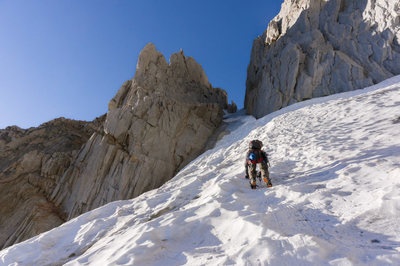 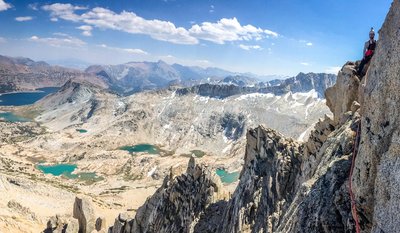 The one pitch of rock after the ice couloir, to… 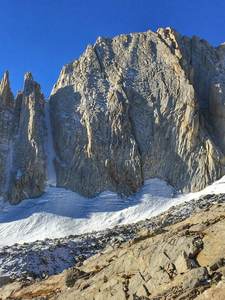 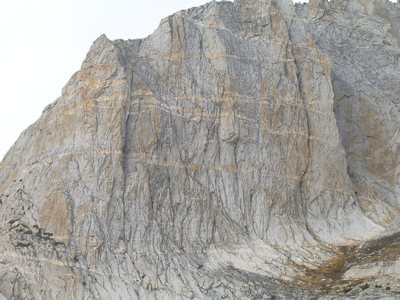 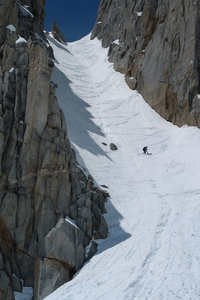 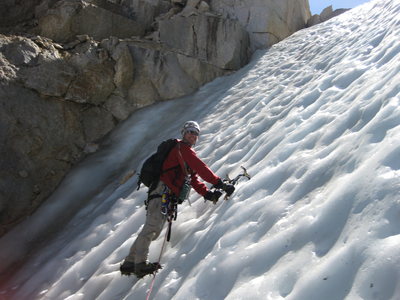 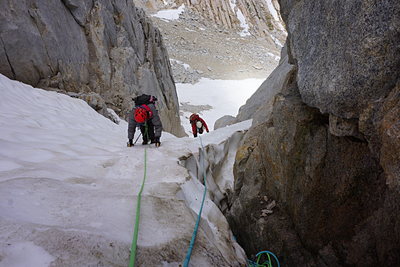