A Grand tour of one of the most fantastic American mountain ranges. A successful traverse requires fitness, boldness, route-finding skill, and endurance. Numerous sections of loose and exposed 5th class must be navigated, and roping up for all of them would be very time consuming. Plan accordingly.

Though it was first done south to north, I think most modern parties start on the north with Teewinot (in order to upclimb the crux N. Ridge of the Grand).

Scramble down a loose couloir on the west side of Teewinot to gain the ridge that connects it with Mt. Owen. Negotiate this ridge, passing two major downclimbs ("Peak 11,840" and the East Prong) along the way (loose 5.6).

The most direct line would be to ascend the East Ridge of Mt. Owen (12,928', 5.6). This may require crossing a snowfield or two. An easier alternative is to traverse under the south side of Owen, and then ascend the Koven Chimney, on the west side of the summit block (5.4). Either way, descend the Koven.

Rejoin the ridge leading towards the Grand. Stay on the east side of the ridge until a notch allows passage to the west side. Downclimb here to access a system of large ledges (5.6). Follow these ledges all the way into the bottom of the Gunsight notch (the very deep, prominent notch between Owen and the Grand).

Climb straight out of the Gunsight, via fun steep cracks (5.6), then skirt around to the east side of the Grandstand, and gain it's top via easy scrambling.

Climb the North Ridge to the summit of the Grand Teton (13,770', 5.8). As with much of the traverse, the difficulty is largely dependant on the amount of snow and ice on the route. If the standard route's chimney pitches are icy (or even if they're not) the Italian cracks provide a high quality and somewhat drier variation. Descend the Grand via the O-S.

Climb the North Ridge of Middle Teton (12,804', 5.6). Some tricky routefinding here (and everywhere else!), so try and keep your exhaustion-addled mind clear with plenty of stimulants, and maybe consult a topo. Descend the SW couloir.

Follow the ridge back up the NW couloir of South Teton (12,514', cl4). The traverse from South Teton to Cloudveil Dome involves summiting a few minor towers along the way: Ice Cream Cone (5.6), Gilkey Tower (cl4), and Spalding Peak (cl4).

On the ridge between Cloudveil and Nez Perce, it's possible to avoid several smaller towers by traversing low on the North side of the ridge. Ascend the West ridge of Nez Perce (11,901', cl4), and reverse the route to descend, or continue via Nez Perce's East Ridge (5.4) Either way, you're done!

Run back down the Garnet Canyon trail to the beers you have waiting in the cooler!

Park at the Lupine Meadows trailhead and find an unmarked climber's trail leading west from the north end of the parking lot (towards Teewinot). After that, you're on your own.

Light alpine rack. Ice ax and crampons, depending on the season. Ask at the Jenny Lake ranger station for current route conditions. 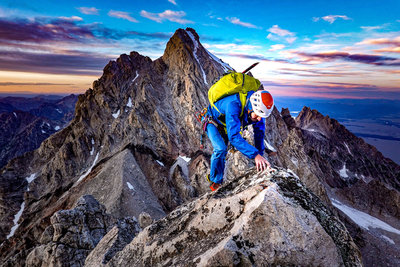 Sam Miller topping out on the Middle Teton duri… 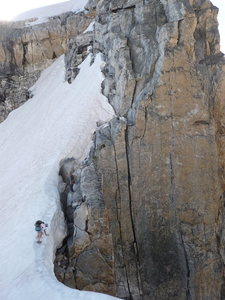 George Lowe and Jack Tackle descend some snow b… 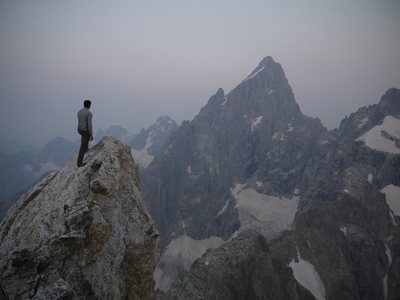 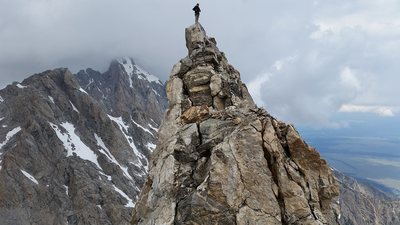 Scoot on the Gilkey Tower summit 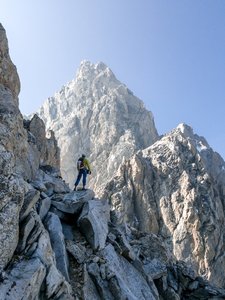 Ryan Richardson looking at the North Ridge of T… 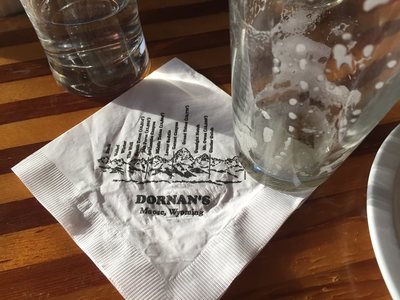 The last stop you must make when climbing the G… 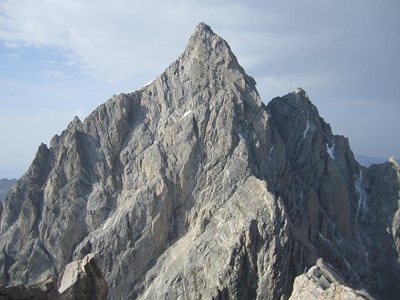 North Face and North Ridge of the Grand--Late A… 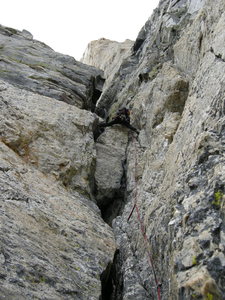 Lindsay stemming the crux of the chockstone chi… 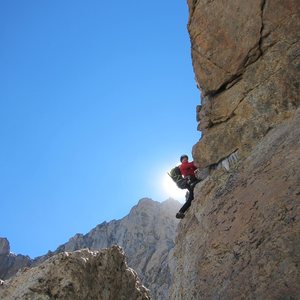 Jeff on the second pitch out of the Gunsight 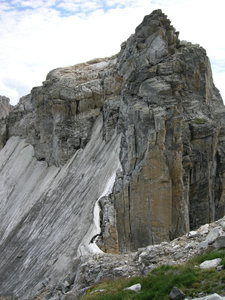 Black ice made this section between Teewinot an… 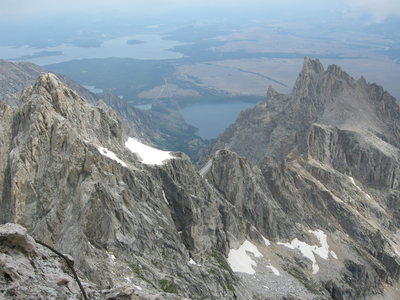 Looking at our progress thus far. The ridge bet… 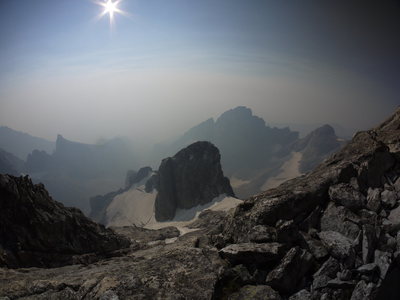 More About The Grand Traverse