One of the best routes at Rattlesnake. Thin but straightforward climbing on loose rock to start. Steep climbing to some jugs, then a thin crux between the fourth and fifth bolts. You'll go for a ride if you botch the crux!

Route name background from Jerry Messinger:
"The real story of the route name is a bit long to post here, but had to do with a strange grad student at UO in the mid 80s that everyone who lived in Carson Hall called 'captain quaalude'. 'Don't mess with captain quaalude, he might be a chainsaw psycho dork' my friend Jim told me once."

West Dominator. The approach trail takes you right to the belay pad. Climbs the left side of a large hole/pod. 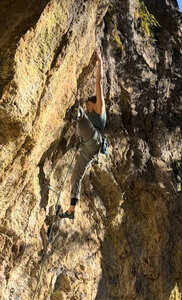 Lisa moving through the crux of Chainsaw. 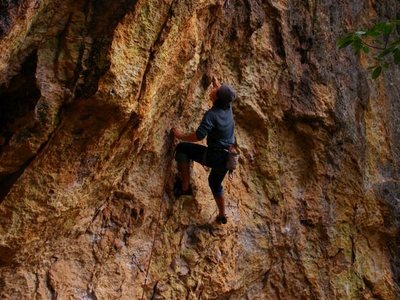 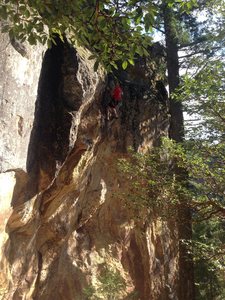