The north-south "ridgeline" between Ambush and Raid contains a lot of rock which is often overlooked in lieu of the impressive nearby Raid and Ambush. As Arsenault recently commented,"We used to think, 'Why bother with all that little stuff in between when you have such impressive long routes at both ends'."

At the lowest toe of the slab, we traversed under an overhang on snow to an area on the gray granite where two vertical dark brown colored "dots" mark the start. We 4th classed up and right to a ledge where you will find two bolts. All bolted belays were established while rapping the route, which is straight down the face. Gear belays were used during the ascent.

Pitch #1: Climb straight up from the ledge to the right of the "brown dots" and to the left of a pair of prominent water streaks. 5.5, 60m.

Pitch #2: Make your way to a left leaning steep seam/slab to find a bolt and continue up and slightly left past 6 more bolts to a right facing dihedral and ledge with a two bolt belay. 5.10a, 70m.

Pitch #4: Climb up and right of a suspicious flake under a roof into a hand crack. In darker rock now follow slab until faced with a steep, technical, and improbable left traverse. Pass a bolt and a fixed nut to a great ledge and two-bolt belay. 5.10a/b, 60m.

Pitch #6: Climb up a nice ramp/crack right facing dihedral system past the spike to a pin/bolt belay ledge. 5.7, 55m.

We called this unknown chunk of rock Son Of Raid. It is two formations to north of M Buttress and two formations South of Raid. The impressive shield of rock to its left (south) was reportedly explored by Henry Barber in the 70s.

Rapping this route provides a fast and easy descent back into the cirque.

Set of Camalots to #4 and Nuts. All bolts drilled on lead with belay/rap stations installed on descent. Easy pulls with two 60m ropes for a quick return to the base. Two cairns were placed at the ridgeline top of the gully to facilitate finding the raps for eventual climbers descending from Raid (which normally is a long and involved affair). 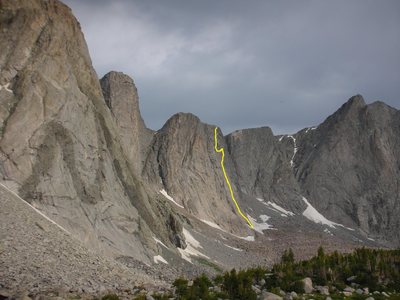 Son Of Raid marked with the obvious M Buttress… 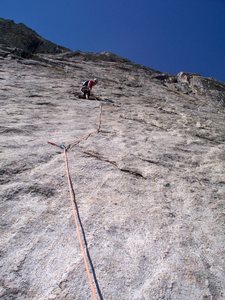 Baldy above the crux of pitch 3 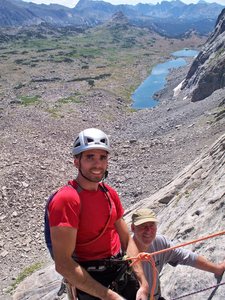 Jonathan Baldassare and Steve Arsenault at the…

The beautiful view from the base of the climb 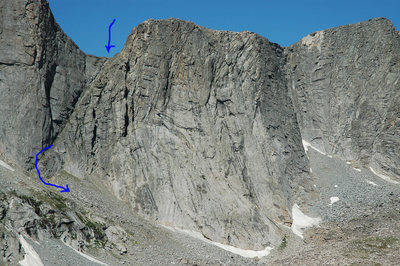 Here is a super easy, quick descent from both t… 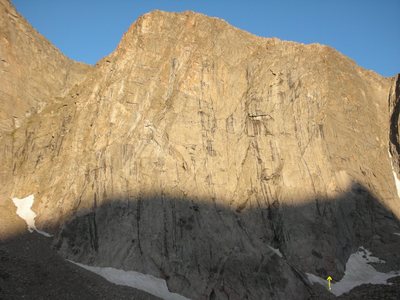 The beautiful Son Of Raid slab in the morning l… 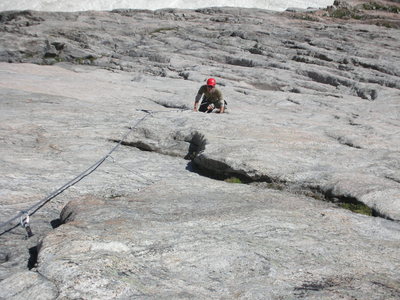 Reaching the end of the slabby section of P2 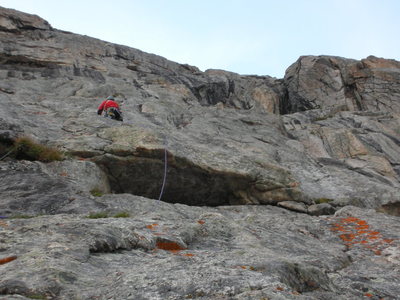 The 4th Pitch of Son Of Raid 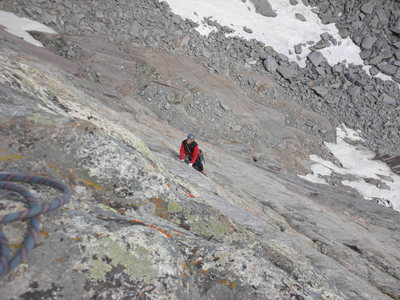 Following the wild 3rd Pitch of Son Of Raid

More About Son Of Raid