In the early 1900s, a man named John Otto chose what is now the Colorado National Monument as his home. The area was preserved as a national monument in 1911 largely through his efforts. He worked tirelessly building trails, roads, cabins, and ladders. Many are familiar with the pipe ladder that he pioneered up Independence Monument, now known as Otto's Route, but fewer know about another piece of history in Fruita Canyon to the north. Otto was looking for a faster way to get up on top of Saddlehorn Mesa, and so built another pipe ladder for this purpose. This ladder is still largely in place and can be climbed to the top with relative safety. Some of the pipes are missing, but the holes remain, enabling progress to the next pipe. This is a fun, interactive, history exploration.

The descent rappel is on the northeast side of the mesa, where old slings may still be present around a tree. Bring 2 ropes. Black arrow on the map.

A selection of long slings and quickdraws are needed. These are employed to tie off the pipes with a lark's head knot for protection. 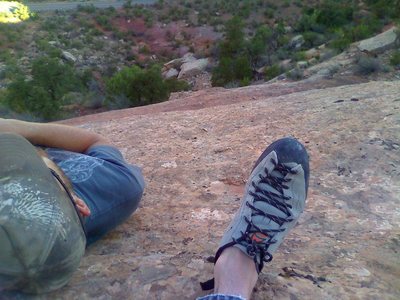 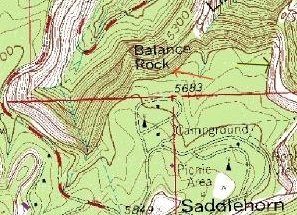