Overall, this route presents a little less 4th class and much more solid rock than the standard SW Couloir. If I were peak bagging (which I was the day I did it), I would prefer the East Ridge.

The crux is either gaining the East Ridge, or descending via the SW Couloir (you could also descend via the East Ridge). Jackson & Ortenberger describe heading up toward the base of Symmetry, then traversing left on a ledge system. Instead, I headed up the rocks for the lowest trees between Sam's Throne and the East Ridge (4th class, cleaned up some rap slings). It also looks possible to scramble up a loose, dirty gully from near the mouth of the Cube Point/Sam's Throne gully.

Once you gain the ridge, W of Sam's Throne, scramble to the summit via easy 3rd class.

Follow the NPS-maintained (but undocumented) trail from the NW side of Jenny Lake up past Ribbon Cascade to Hanging Canyon. From the boulders near Arrowhead Lake, head for the col between Sam's Throne (the pinnacle W of Cube Point) and Symmetry Spire.

A good pair of hiking boots or shoes. You may want an axe if you descend via the SW Couloir and it still holds snow. 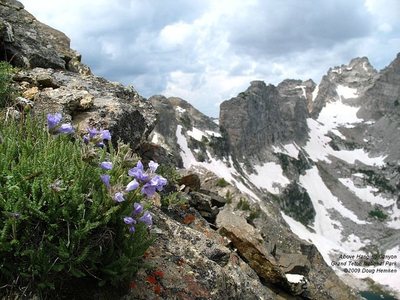 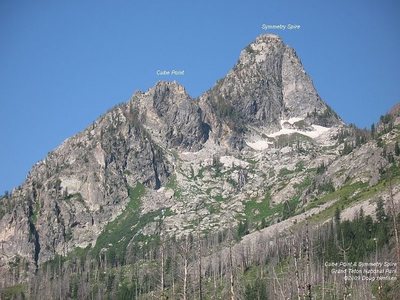 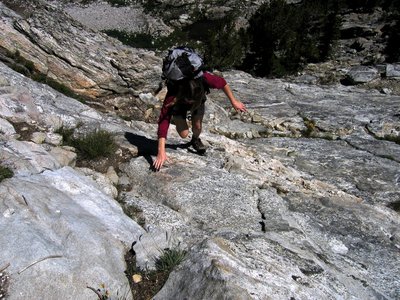