The route is right of The Paraclete or the 2nd route from climbers left of Little Nukey. It is all face climbing on little edges.

"P1 (5.10a, 5-bolts): Looking up from the base of the climb, the crux of the pitch is obvious. Friction and tiny edges get you from bolt 2 to 3. Fairly sustained, probably no moves easier than 5.9.

P2 (5.10b, 9-bolts): The crux is right off the belay, through the 2nd bolt. Have your belayer stand off to the side as there is potential to fall on them if you blow the crux. The remainder of the pitch is stout and consistent, ranging between 5.9 to 5.10a. One of the best pitches I've climbed on Power Dome.

P3 (5.9 PG13, 7 bolts): The climbing eases finally, though it becomes more insecure and heavily reliant on friction climbing. There's a substantial run between bolts 2 and 3, with moves in the 5.8+ to 5.9 range. The climbing eases through a section of jugs, only to throw another 5.9 crux near the end between the last bolt and the anchors.

P4 (5.10a, 7 bolts): We thought it was going to be easy from here... we were wrong. Yet another consistent pitch with an early crux and barely easing climbing thereafter.

P5 (5.7, 3 bolts): Finally, solution pockets galore! This is why you brought your tricams. Keep your eyes open though, there are some bolts near the pockets." (Eric "Pig" Varley)

Courtright reservoir on Powerdome. It is route right of The Paraclete or 2 routes (climbers left) of A Little Nukey.

It is all bolted with bolted anchors 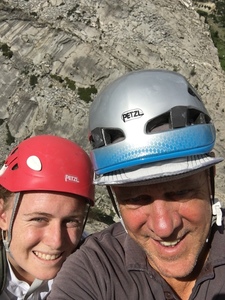 Hanna and Randy at the top of Hanna's route Han… 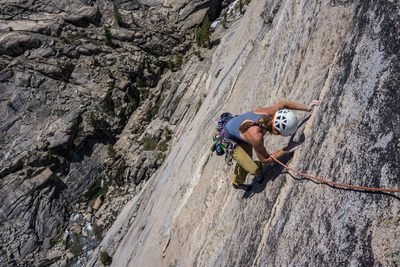 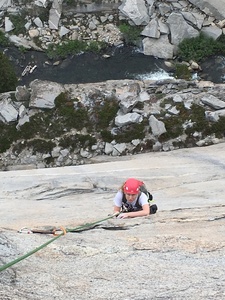 This is Hanna my daughter who the route is name… 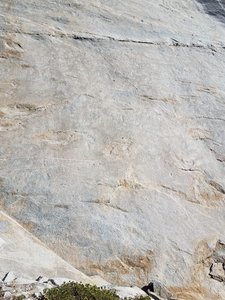 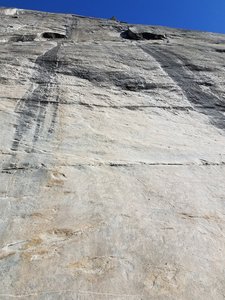