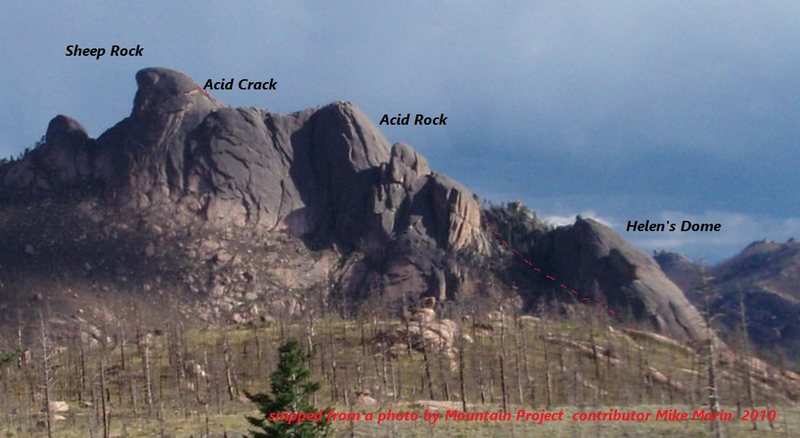 Maybe this is as close to a Half Dome as we can get in the Denver area. Now that the fire damage is fading a bit, Acid Crack is again an outstanding climb for novices who like to hike in rough terrain. A rappel is normally done to descend. 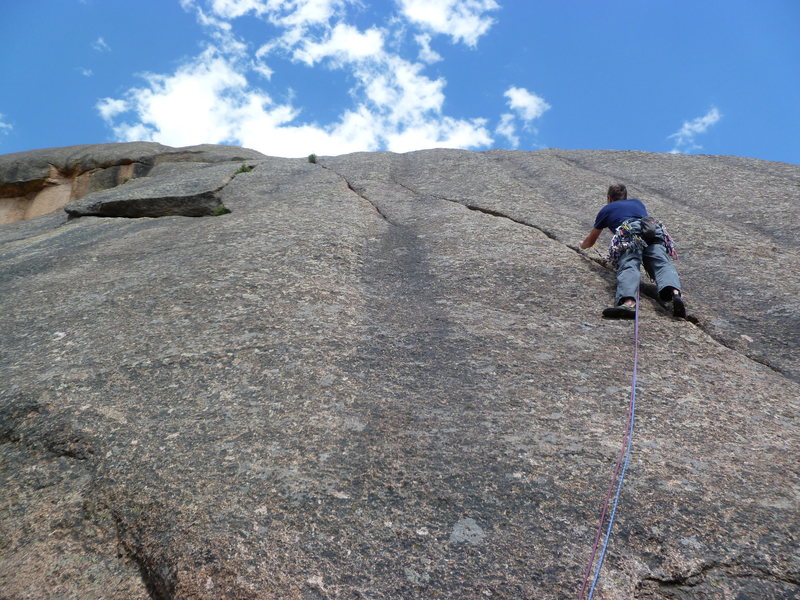 Colorado Mountain Club climbers where bagging hard summits at Chair Rocks in the 1950s. I used to think Sheep Rock was probably climbed back then, because Kevin and I found a single angle piton rap at the top of the crack. Later, at the old CMC library on Alameda, I found a Trail and Timberline account of the clubs preference to climb the low angle southwest slabs and then rappel off the summit via Acid Crack.

Kevin and I didn't rappel, because we simul-soloed the crack ropeless. Kevin was a Keanu Reeves look-alike; a surfer dude from Cali who showed up ready to learn climbing in 1973. When I told him we could walk off the back, he believed me. Oops! After dropping and climbing, we came on to the realization that there was no walk down the back. So I down-soloed under Kevin with the idea that if he slipped I'd spot him off the excellent finger locks.

We didn't know that Colorado Springs climbers had been calling the area "Acid Rock". It would be no surprise to find out that Earl Wiggins or any number of guys from the Springs did this route earlier and under similar conditions. 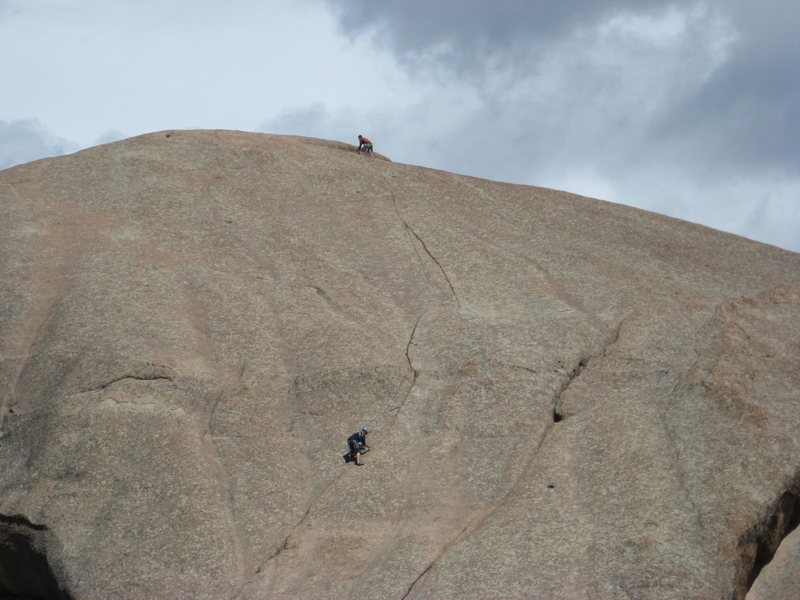 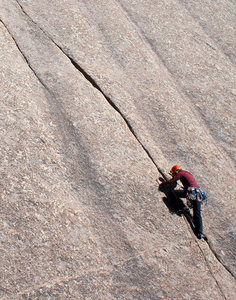 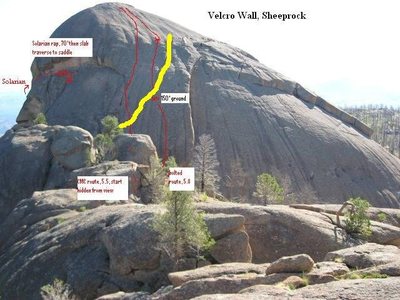 The yellow line is the approximate location of… 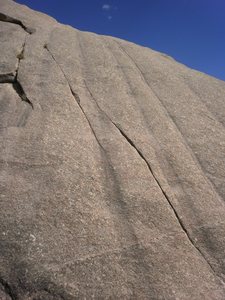 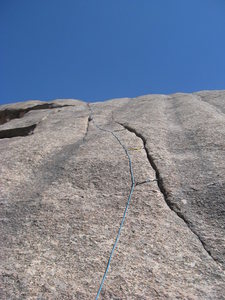 The route with a rope and gear following it. 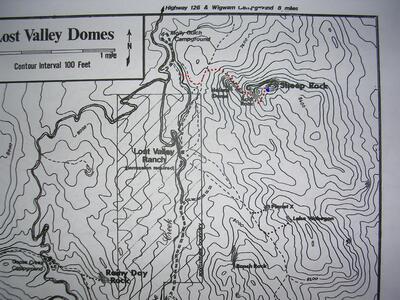 Red dots for the boulder filled gully up to Aci… 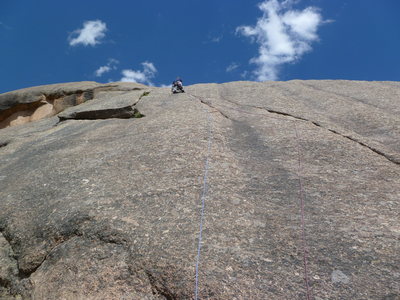 In the left crack, which is about to end. 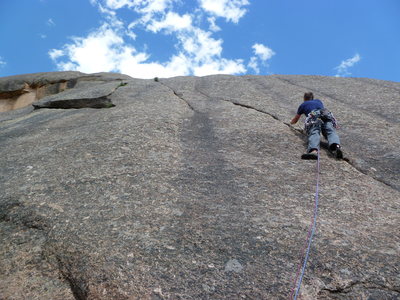 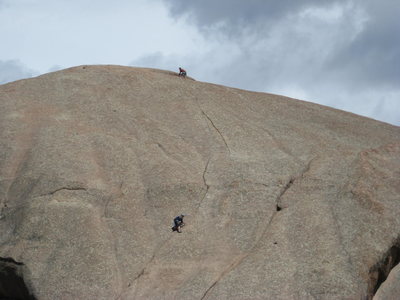