"From the hut follow Oberman's Causeway, a flat flagstone path, toward the peak. When it peters out, follow long, sinewy gullies to a flat area at 10,400 known as Lake Helen. Above lies the most strenuous section of the route-a 2,600 foot, 35 degree snowfield. At 12,000 stay right of a prominent island in the snow called the Heart. Above the Heart, don't ascend a steep slope leading up and left, but rather head toward the right edge of the striking red cliffs known as the Red Banks. From the top of the Banks walk up gentle but arduous scree slopes and ridges to the summit plateau at 14,000. Various portions of this last 1,500 feet bear names such as Heartbreak Ridge, Desperation Ridge, and Misery Hill. The rock pinnacle across and to the right of the plateau is the summit and is climbed via talus slopes and short scrambles on its west side."

South-southwest side of Mount Shasta.

None to snow climbing gear to other, depending on season and circumstances. 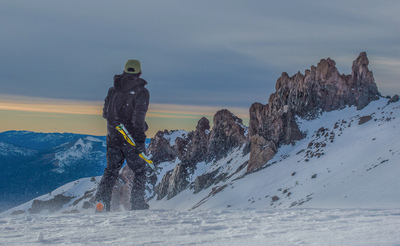 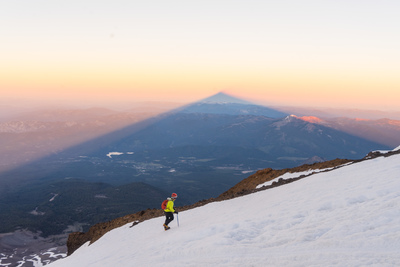 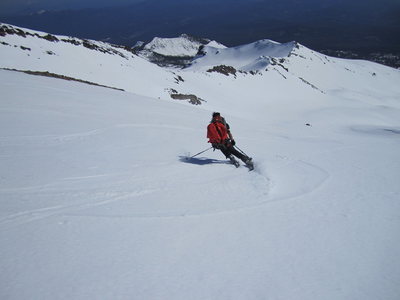 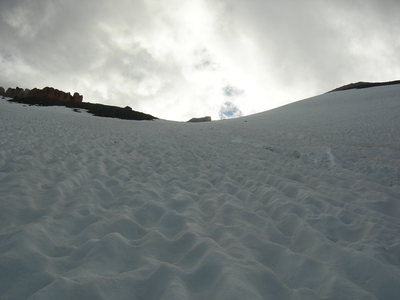 From the Helen Lake base camp you shoot straigh… 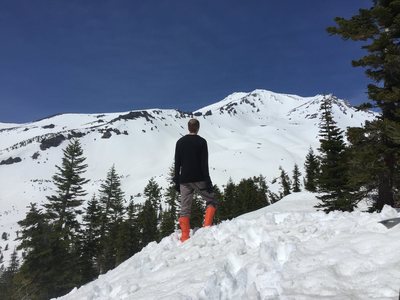 avalanche gulch from the treeline. not in sig… 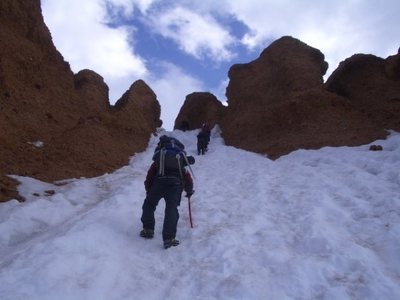 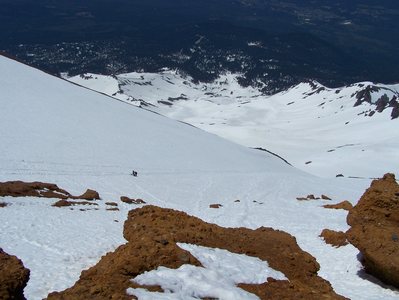 Looking down towards Lake Helen from the Red Ba… 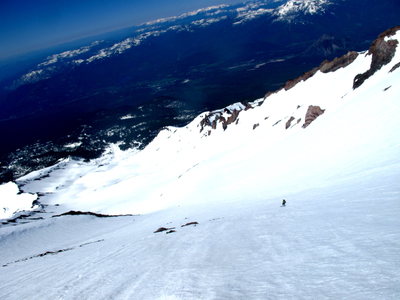 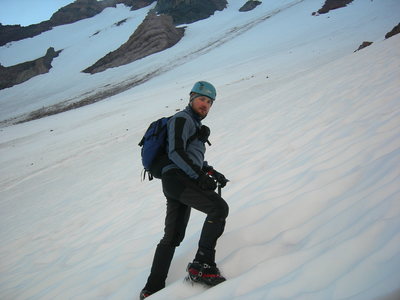 Headed up the Avalanche Gulch Route at day brea… 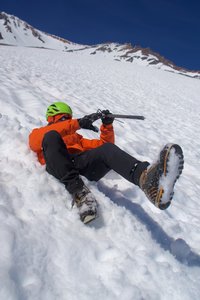 Fastest way down is the glissade down Avalanche… 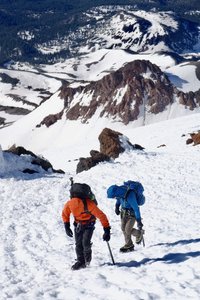 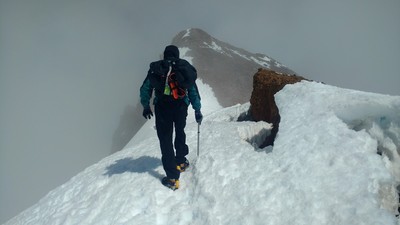 Dan George of Santa Barbara on the easy but exp…