Get ready for some insane exposure! Three pretty short pitches (belays were added wherever there were stances or ledges) of solid climbing. Pitches one and two could probably be combined but linking two and three would result in hideous rope drag.

Pitch 1: The tricky climbing starts right away and the whole pitch is pretty stiff. The holds are inobvious. You can get a knee bar in under the micro roof. Belay at a small ledge. 40' 5.10c, 5 bolts to chains.

Pitch 3: The money pitch. Absolutely amazing climbing. Head up and right from the belay on good jugs and enjoy the gobsmacking exposure. 70' 5.10b. 8 (?) bolts to chains.

The route starts at the head of the approach gully. The bolts are obvious.

8 or 9 draws (more if you're linking) plus slings or whatever for the anchors. 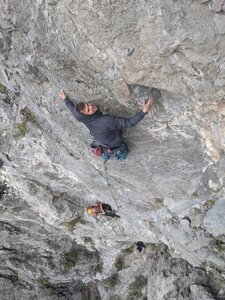 Rewarding top-out. Good views of the canyon and… 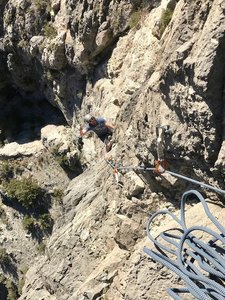 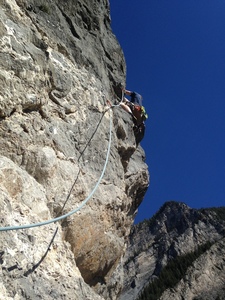 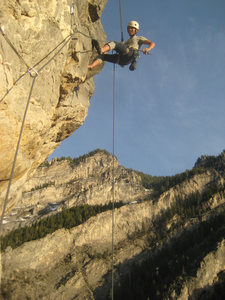 Me rappelling down pitch three. 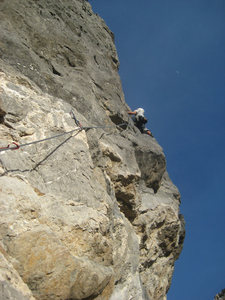 Me heading out on the ridiculously exposed thir… 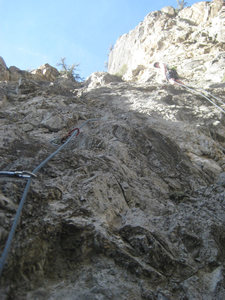 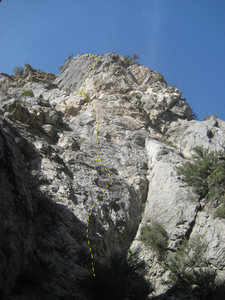