The direct E. Ridge of Mt. Bancroft is accessed from just above Loch Lomond. The route is a sustained class 4 ridge scramble with a 60' rappel required in the middle, and several places of low 5th class climbing, especially out of the notch you rap into.

There is a harder variation to this route which goes straight up the headwall of the NE buttress. In winter, the climbing on this variation is rather difficult, though low 5th class, due to the snow/ice on all the ledges and the lack of suitable protection. Choose your line of ascent wisely.

Winter conditions gives this route full value. It is mostly a sustained ridge climb up over gendarmes, across knife-edge snow aretes, scrambling over loose rock and a rappel. Do not underestimate the size of this climb! By adding the headwall pitches, it took us 7 hours to climb the route. We had high 40+ mph winds and negative digit wind chill, dropped/lost gloves and not much beta.

While the climbing on the headwall at the beginning wasn't very aestethic, it was challenging and I learned a lot.

This is the East ridge of Mt. Bancroft above Loch Lomond. 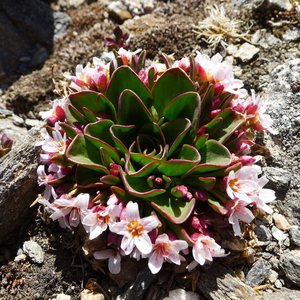 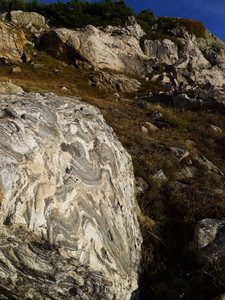 Swirly rock on the approach. 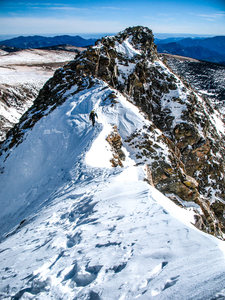 Eddie traversing one of the narrower sections o… 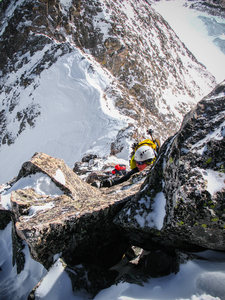 Climbing one of the steeper sections of the rid… 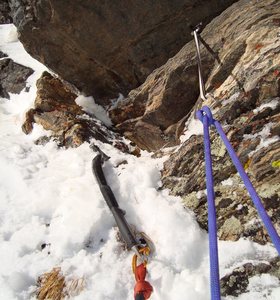 Part of my anchor atop P1. I used a piton and… 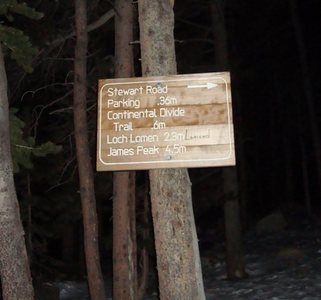 Look for this sign on Alice Rd. and park here! 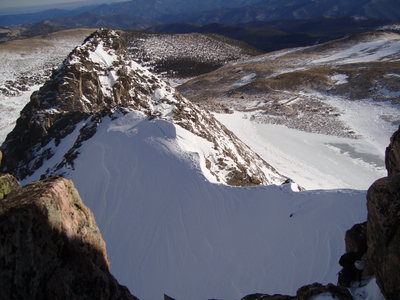 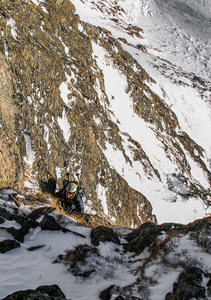 Eddie coming up the first section of headwall b… 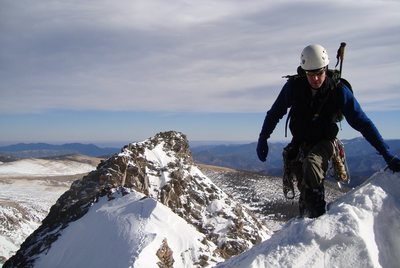 Brett high on the ridge. 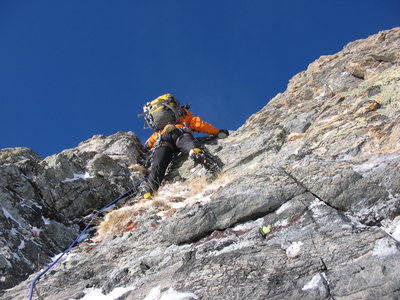 Beginning the lead on P1. 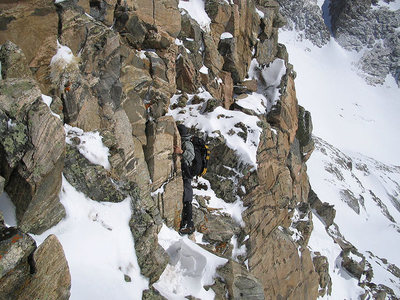 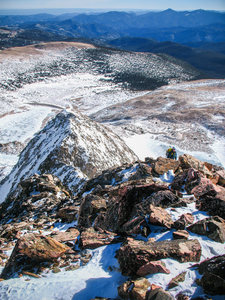