Climb either of two clean corners to the ridge crest, and then move right on chickenheads and good face features (5.7). The next pitch features a memorable traverse (5.8) across the gapping cannonhole, a feature which appeared sometime in the 1980s or 1990s. The final lead is a low fifth class.
FA unknown, this route was climbed twice in the summer of 2006, the second party reported finding webbing on route.

This route begins at one of two obvious dihedrals on the west side of the ridge, and to the south of the peak. These corners can be approached from Blue Lake, and lead to the ridge crest in half a pitch. One 35M rappel northward from the summit, then rappel east to the glacier. 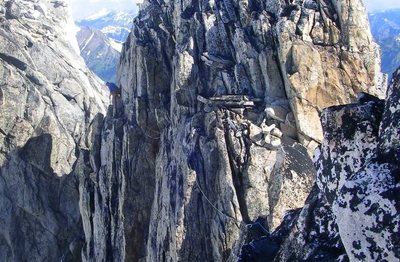 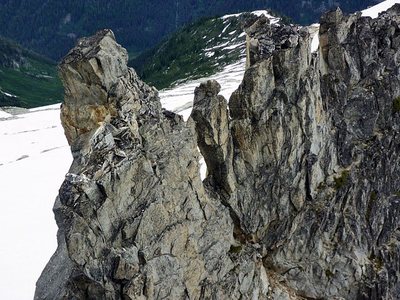 Looking back on the South Ridge of South Gunsig… 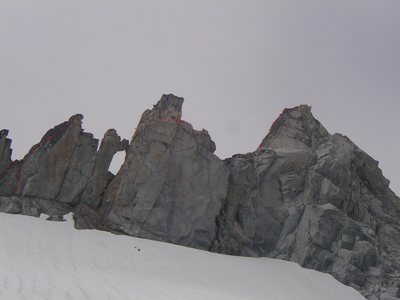 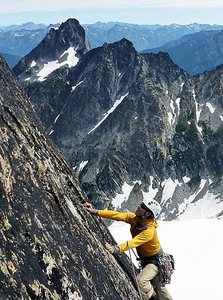 Starting up the 2nd pitch on fairly good