An enjoyable, moderate route to the top of the Bad Bananas formation. Shares the first pitch and part of the second pitch with Brain Full of Spiders, then climbs the striking headwall to the north of the cone-shaped structure at the west side of the buttress.

P2 (80', 5.4) From the belay, step right and up from the pedestal into a steep gully with two bolts. Sling these two bolts long and climb up onto the platform at the top left of the gully (to the right of the bush). Clip the bolt above with a sling, turn the corner and start traversing left and then up a bit through five bolts (a couple of slings will be helpful). Arrive at the belay between two bushes on a sloping ledge.

P3 (125', 5.7) Follow four bolts up and slightly leftward to the base of the headwall on the left (slinging the fourth and fifth bolts long will help with rope drag). Climb and stem up through an easy, overhanging section on big positive edges, continue through a less-than-vertical section on the same sort of edges, and then step right onto the base of the smoother, continuous-appearing section that leads to the top. The climbing gets a little tougher, but the really intimidating section is easily bypassed. Climbing left of the last smooth section on the face keeps it about 5.7; going just right of the penultimate bolt on the face is about 5.9.

Original Finish (5.7). Arrive at a narrow ledge just below the top, clip the bolt, and make a fun, airy move past the left side overhang on big holds (there is a final bolt right at the top lip, but it isnt really necessary, having started life as a rappel work bolt).

Alternative Finish (5.10c). After the last bolt on the face, climb out the steepest, airiest part of the overhang and pull over the top. There are two bolts (the first has a 24" Frost Power Draw attached).

The belay anchor is about 10 feet east on a shelf of rock about thigh-height.

However, it is possible, using a 70m rope, to rappel or lower from the last bolt on the west lip of the ending overhang. Since it is a single bolt, it's a good idea to back the bolt up to the anchors. Alternatively, you could rappel to the last bolt on the lower-angled part, and the rap from that single bolt to the starting ledge.

From the final belay position walk uphill a few feet to the top of the buttress. Walk down a trail northeast until the gully, and then talus-surf to the canyon floor. 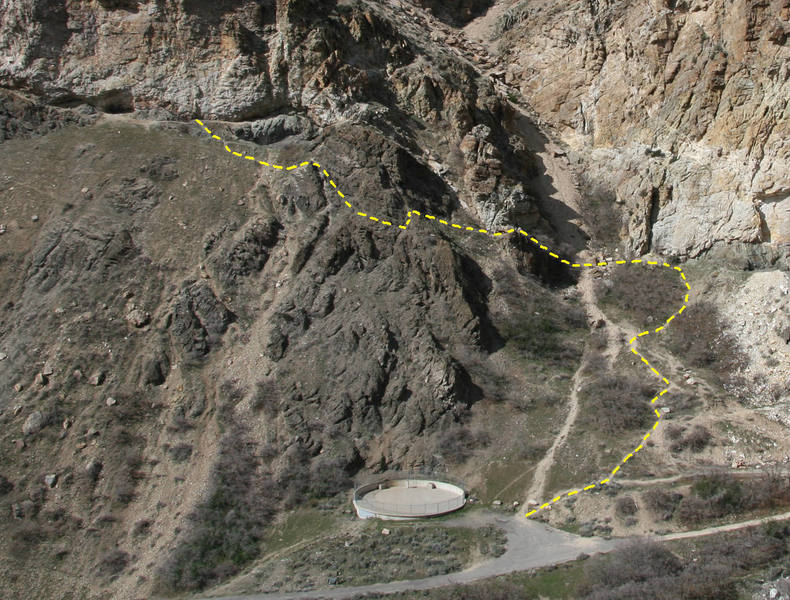 The least-strenuous, least-erosion-causing approach to Super Bowl Wall and Bad Bananas. as for the Bad Bananas  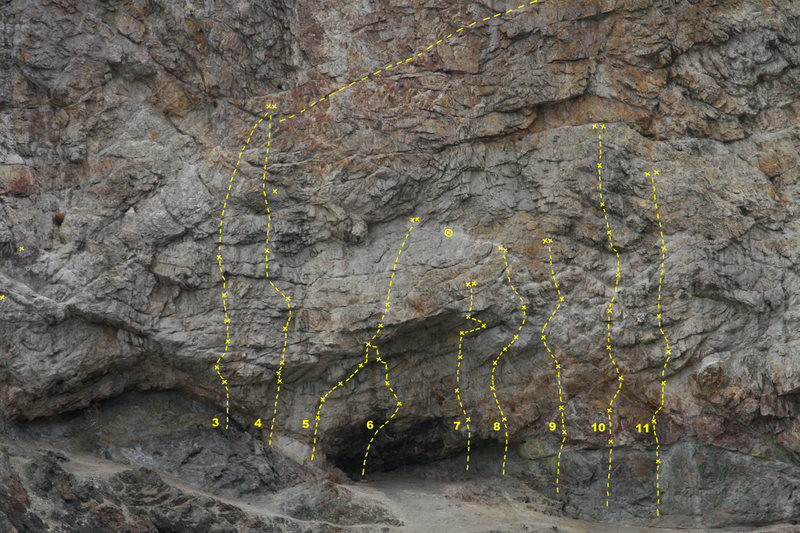 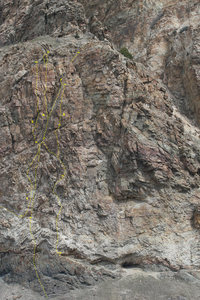 Moderate routes to the top on Bad Bananas 1 We… 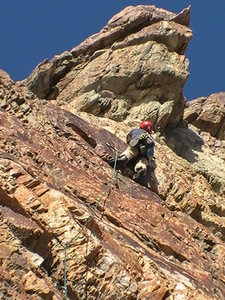 At the P3 crux of Dancing with Feral Debutantes… 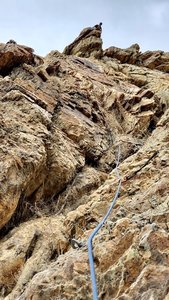 Top of Pitch 3 of Dancing With Feral Debutantes 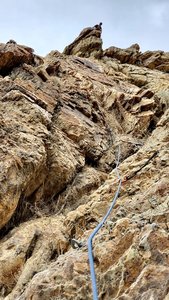 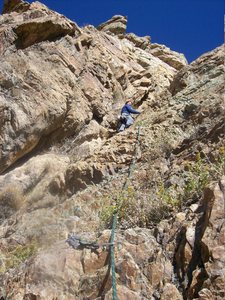 This is where the route moves left onto the fin…

More About Dancing With Feral Debutantes