Though this route is the same bullit hard rock as found on Severity Disparity, it has perhaps fallen into neglect. I recently did it and saw no chalk even deep in the crack or any sign of travel....too bad really because it is pretty good. The crux is high on this route and it may be worth it to just do the half of the first pitch as this is really a great 5.9+ or 5.10a pitch. Mega interesting moves in moderate terrain.
Originally, and as noted in the guidebook, one may pass this first set of anchors and climb a long first 5.10 pitch, but a set of rap anchors encountered on a ledge after an overhang is good in its own right as something to do.

Without Despair is actually located about 20m (instead of 10m as noted in the book) to the right of the standard start of Severity Disparity.

The rap station for Pitch #1 has been beefed up with 2x3/8"x 4" Bolts and chain. You may want to TR this thing all day long!
The belay/rap station above Pitch #2 (originally P#1) has also been improved. Without Despair can very well be used as the standard rappel for all the routes on the right side of Severity Buttress, Either 3x one 60m rope or 2x one 70m rope from the top to the ground.
I had originally climbed this route alone and equipping it with a poor battery charged Bosch, placed a few 1/4" bolts. Some are still in place, but None occupy the belay/rap anchors or anywhere where the climbing is somewhat serious. Well protected and diverse climbing. 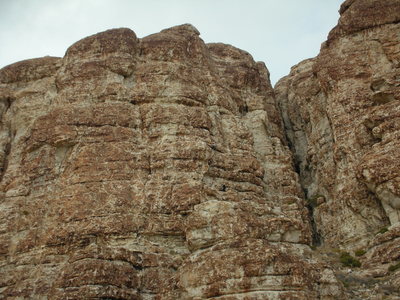 Jake and Ronnie on the second pitch. 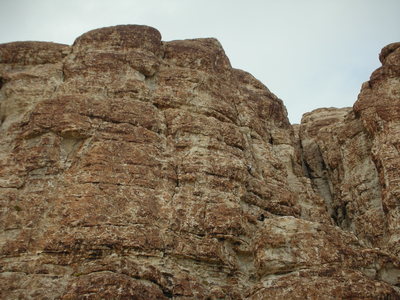 More About Without Despair