An incredible-looking blob of cool blue ice. Due to its size, Standard Route has plenty of options - and all seem fun. The line of least resistance goes at WI3 but some of the bulges may be steep and harder, if tackled straight on. The only downside to this awesome climb is the crowds.

Most popular variation of the Standard climbs to the right, through the right-side cave with bolts. Setting a belay in the cave, although interesting, results in 3 instead of 2 pitches, with some awkward leading just after the cave (the belayer can't see you and you need to be careful to avoid rope drag). The better way, in my opinion, is to skip the cave and lead all the way up to the top of the bulge (60m ropes). From the top of the bulge continue on easy bulges to the trees. Near the top, there's also a short WI4 curtain on the right, for those who want to add an extra kick.

Winter Trains??? On Dec 17th, 2018 around noon I saw a single engine plowing the tracks through the "cut" at the top of the notch. (By Elephant Head) and can only assume the engine cleared the whole way from Bartlett through the notch. Later in the winter of 2018-19 the tracks became totally filled in.  Whether  The Conway Scenic Railroad ("CSR") might run winter (Christmas???) trains in years of low snowfall is not known. Act accordingly.  R Hall NH Admin.

Roughly 300 yards along the tracks past the trestle. Impossible to miss.

From the top of the climb, walk right and follow the trail, past the gully on top of Dracula . The trail eventually goes down and winds back. Hike past the base of the cliff back to the start of Standard. 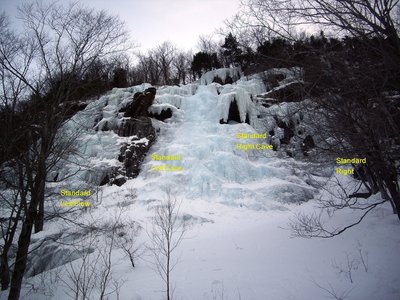 Standard Route. The cave with bolts can be seen… 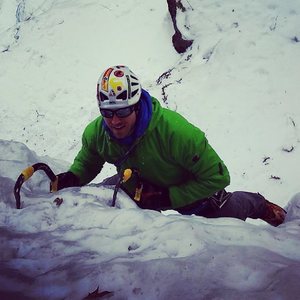 Leading up the final steep pillar at the top of… 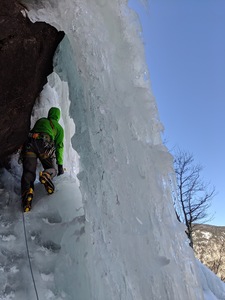 Going through the "window" to exit the right si… 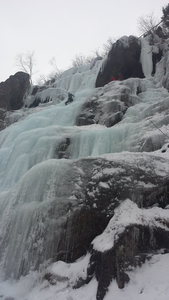 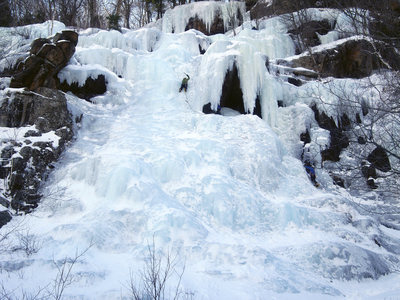 Climbers on the right-hand side. The belayer is… 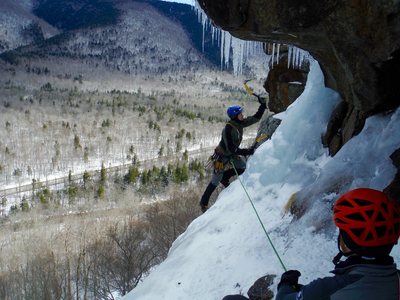 Gus heading out the left side of the cave for P2. 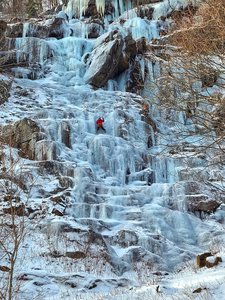 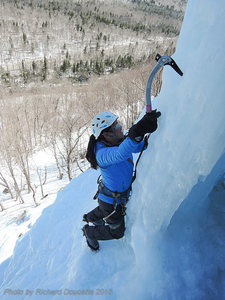 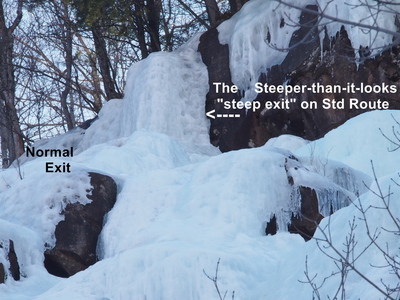 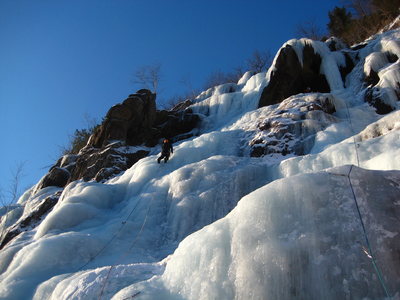 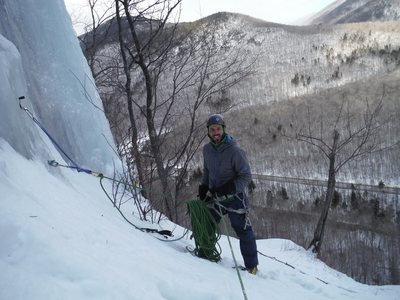 Isaiah belaying me up pitch 3 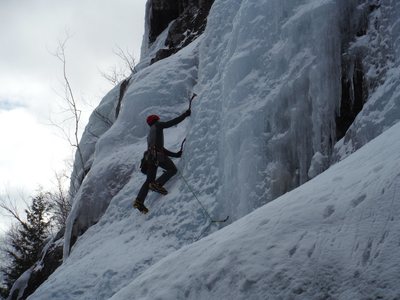 Aaron leading up P1 of Standard