This is one of best long moderate rock routes anywhere. Inclusion in the Fifty Classics was well warranted, but certainly hasn't made it crowded. When we did it, we were the first in eight days according to the summit register and the weather had been great for weeks. A bear-related closure of the approach trail might have had something to do with it though.

Many people bivy just below the Sir Donald-Uto col, but the hike can be done in under three hours, so you can time it to reach the route at sunrise, and do the route car-to-car. Trying to start up the route itself before sunrise, by headlamp, probably isn't worth it.

Describing the route is pretty easy: once at the Sir Donald-Uto col, you head up the ridge, and you don't leave the ridge until you're at the summit.

If you deviate from the ridge by more than five or ten feet thinking it will be easier, you'll probably find yourself heading back to the ridge. Most of the climbing is 4th class, but there are regular sections of 5th, and depending on conditions there may be pockets of snow to avoid that could up the grade. Sticky approach shoes or even boots would be good for many people. We chose comfy rock shoes and appreciated the extra margin, but carrying approach shoes would be wise, especially if you use the rappel descent.

In the final few hundred feet the angle eases and there's more choice for deviating off the ridge, on to the west face, but you won't go wrong by still sticking with the ridge.

A common warning regarding the peak is that the rock gets unusually slick if it gets wet, so plan your ascent accordingly, be very alert to the weather, and very careful if it does get wet.

To descend, reversing the route is probably best. Most of the downclimbing is fairly straightforward. A few short rappels can help, but rappelling down a ridge is inherently difficult as you get forced down the face. About 2/3 of the way down you will see shiny bolted rappel anchors (watch for them on the way up). These mark the start of a rappel route that allows you to avoid downclimbing the first third of the route. It involves 12 or so 25m rappels. There is some ledge scrambling required between, but in the daylight it's fairly obvious; by headlamp it's quite difficult.

A variation on the descent is to head down the northeast ridge until a big ledge system allows to cross the entire west face to arrive back at the northwest ridge and continue down from there. We tried this, but didn't like the uncertainty about where to start traversing and ended up climbing back up to the summit and just going down the route. This ledge may require an ice axe, which may be difficult to determine before doing the route, so I suspect this descent doesn't get done as often as just reversing the route.

A final note, as with most big routes, search out more information than just this description. Several guidebooks have good descriptions and photos.

Sorry about not including any pictures, we had camera difficulties.

Unless you plan to solo up and then downclimb, a rope will be necessary, and even if you do plan to solo the entire thing, a skinny rope that you can rappel would be wise in case of wet weather.

If you plan to simulclimb, a small rack of nuts and a selection of cams up to hand size will be good. Pitching it out is virtually impossible unless you plan to bivy -- this is a very long route! 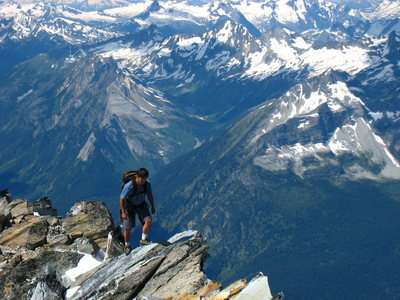 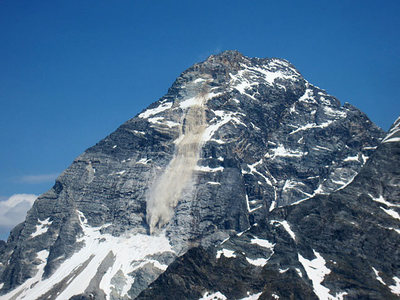 Rockfall on west face in July 13 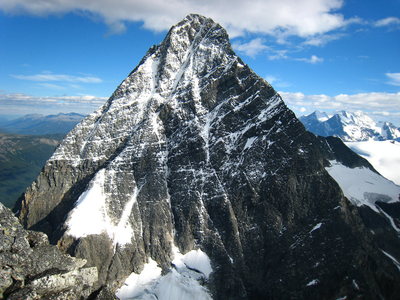 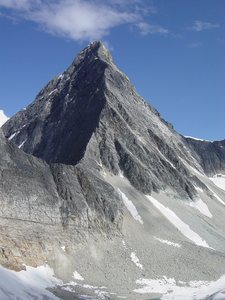 The NW Ridge looking head-on from the descent o… 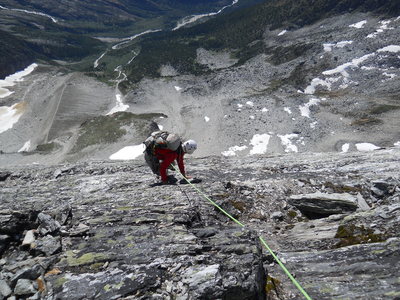 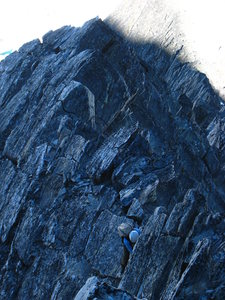 Emiko Hobbs on the NW Arete 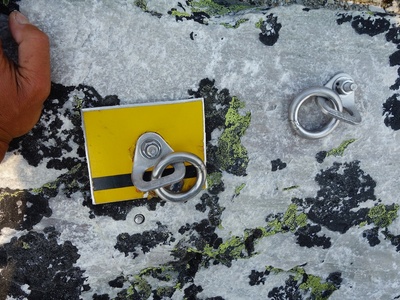 The rap route is well-marked and has nice rap r… 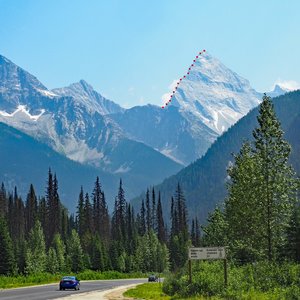 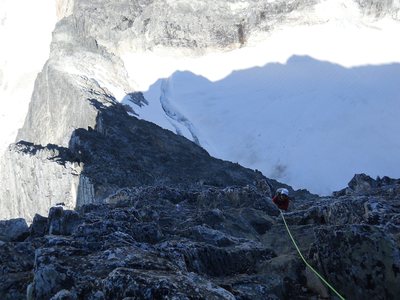 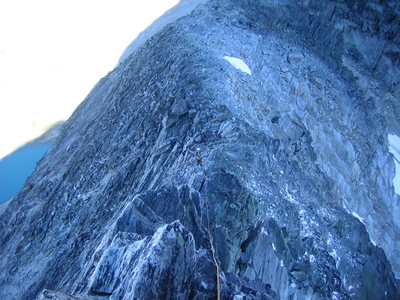 one hour since the col 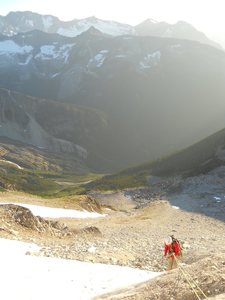 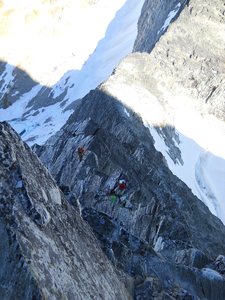