One of the area's classics in my opinion, Air should not be missed. The crux is around the first bolt, and from there to the top you get to enjoy fantastic exposure and massive holds.

Air is found on the southeast corner of the second main spine. It's labeled in a picture on the main Necedah page of this site. The first bolt kind of blends in to the dark rock, and you might have to look a little higher than you'd expect to see it.

5 bolts, two bolt anchor. It'll take gear if you wanted to place it. Might not be a bad idea, 4th bolt was loose last time I was on it. 60m rope will get you to the ground.

It was intended that a 5.6 leader would take a couple of pieces of gear, hence the high first bolt. The 4th bolt has been loose since it was placed as the rock is quite soft and the cone just wants to spin in the back of the hole. I never replaced it because the bolt is 6" long and placed at a downward angle so outward pull should never be an issue. It is much the same as a drilled pin. The top anchor was never meant to be lowered off of. It is best to rap off the side, towards the river rather than over the route. You need at least a 60m rope to get to the ground going that way.

A 60m will get you to the ground (barely) if you rappel from the anchors down the river side of the spire. PLEASE DO NOT SET THIS UP AS A SLINGSHOT TOP ROPE - the friable sandstone at the top will groove easily if climbers are habitually lowered off this route in that way. 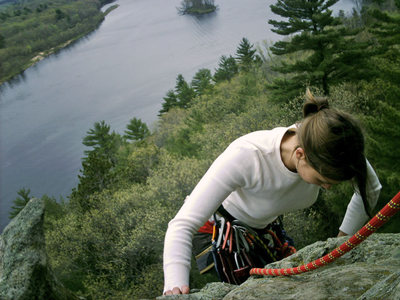 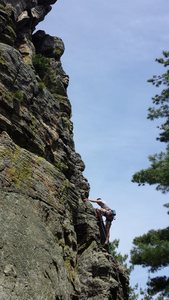 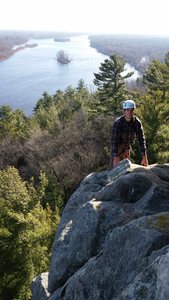 Mike coming up to the anchors. Scenic!

Some brahs enjoying the Air anchors on a fine f… 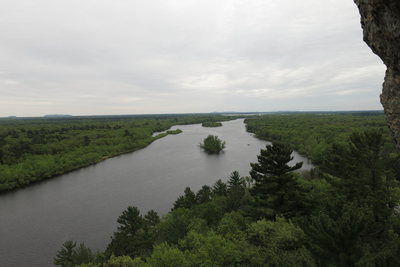 The view from on top of Air. 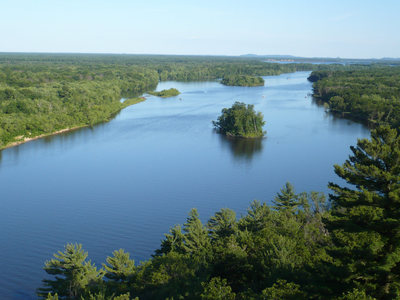 The view at the top of Air. Just amazing... 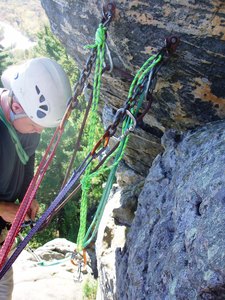 Anchors and ledge on Air Spire. 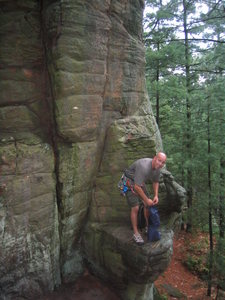 This is the bottom of the route. It took us a… 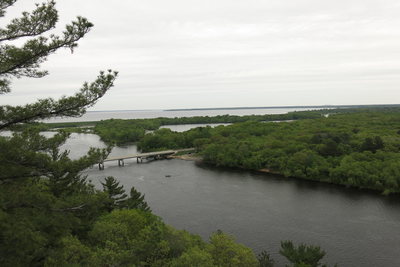 The view from on top Air. 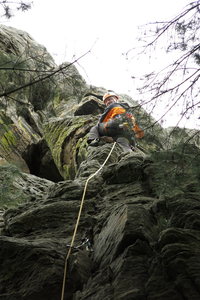 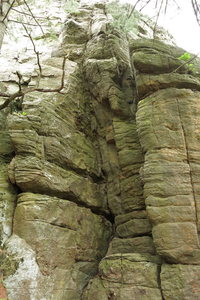 The base of Air with the first two draws visible. 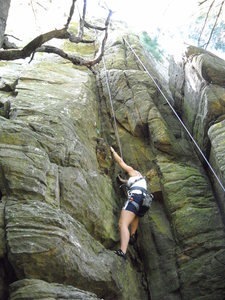