Previously: per Matt B: this area is currently closed to all visitors due to temporary RMNP closures. The entire parking area is blocked off. Please do not threaten access to this area by climbing during this closure to all visitors.

Start below the roof on the left side of the southeast face, beneath the obvious line of bolts. Climb around the roof on the right side, then step left onto the slab. Climb straight up on thin hands and great friction for feet. The crux is at the fourth bolt. From there, the route moves closer to the arete on the left. The difficulty eases for about 20 feet then around the 7th bolt it gets steep again. From there, it's easy to the anchor. This is an exciting climb for its lack of positive hands. It could use some more traffic though, there is still a fair amount of lichen.

The route is clearly visible from the Jurassic Park trail. It ascends a fairly flat face, just left of a chimney. There's a roof right at the bottom. Descend by rappel or by lowering with a 60m rope. A 50m would NOT have been long enough!

This was originally done as a traditional lead. It was retrobolted to have 9 bolts to a two bolt anchor (11 bolts total) by Croy T in October 2006. The anchor has rappel rings. 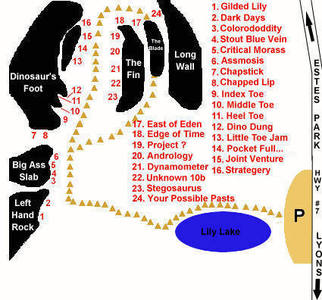 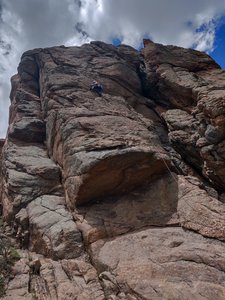 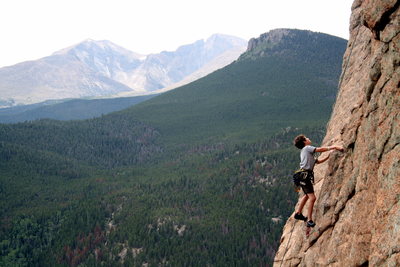 Norman on TR. A great afternoon in the park. 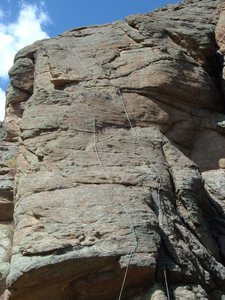 On the left is the bolted route I named [Gilded… 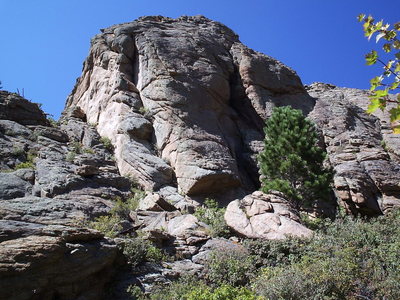 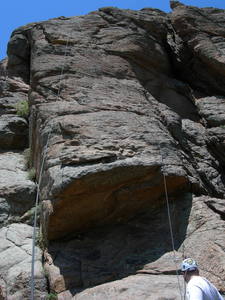 TJ preparing to climb on TR.