Surprisingly fun route with great moves and lots of varied climbing. This would be a pretty serious lead with some THIN gear placements. Starts with a boulder problem type start then moves left to the twin thin cracks/seams to the top of the cliff.

This route is about 20 feet to the right of Shallow Fried Cracken and is easy to spot as it is the only climb with a bolt on this entire wall; start on the steep face under the bolt.

There is one bolt with a bad unrated hanger about 15 feet up from the start of the climb. Then use some really thin gear and follow the thin cracks to the top. Take some gear and you can build an anchor off the large blocks on top of the climb. Walk off left as per "Aliens Have Landed". This climb is pretty easy to set up as a top rope!! 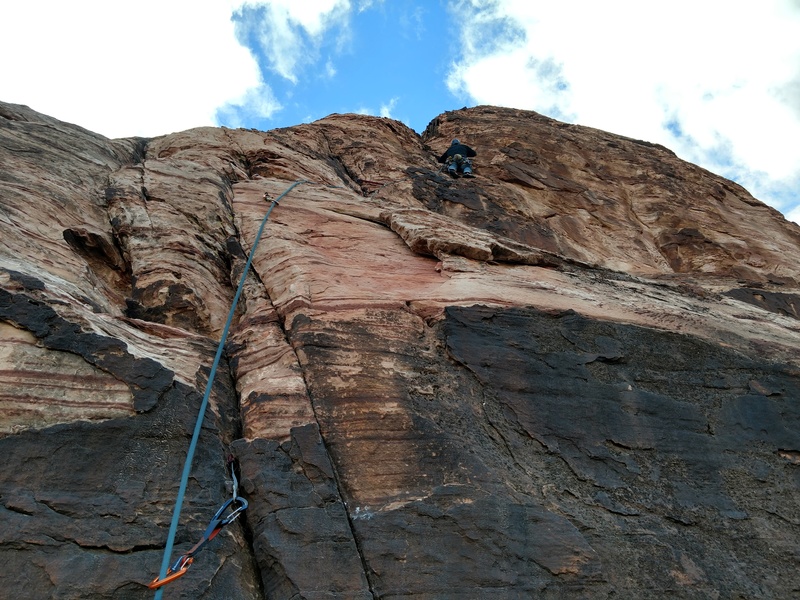 [Hide Photo] Right side line shown in the Martin guide. Left of the bolt is better, cleaner, and has chain anchors. 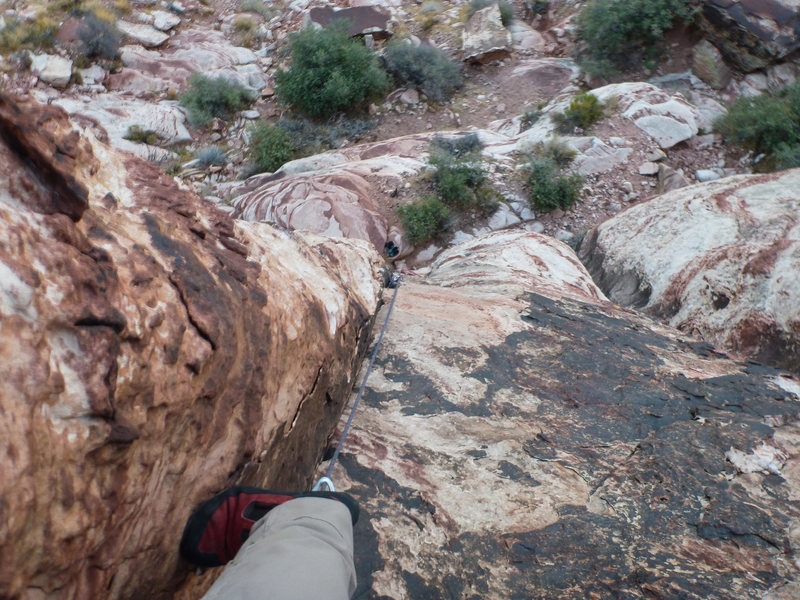 [Hide Photo] Looking down after the technical crux. 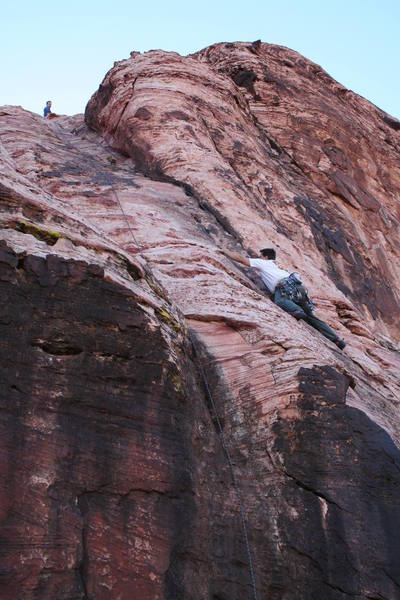 [Hide Photo] Right at the crux; this route is steeper than it appears in this photo! 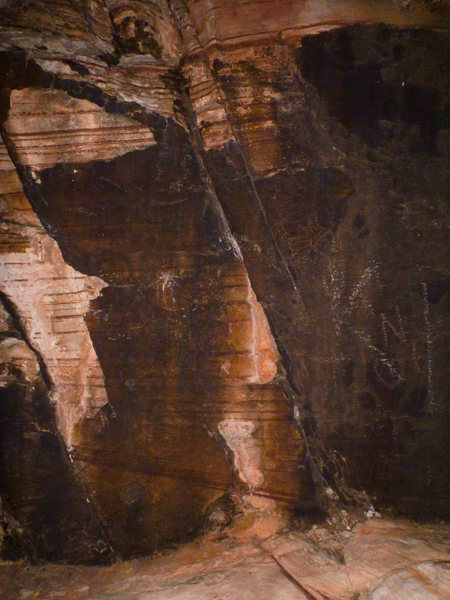 [Hide Photo] The beginning of the route. Just out of frame above is the first and only bolt on the route. 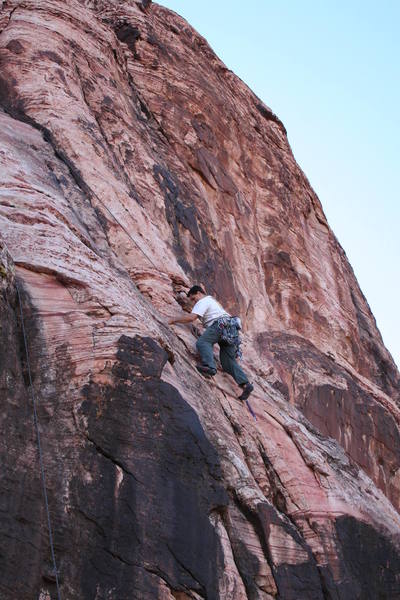 [Hide Photo] Just past the one bolt and into the double thin cracks on Gold Bikini & Cinnamon Bun Hairdo!