Once upon a time, the rotten sandstone devil had its loose hold on two, unprotected, power-hiking scrambling girls of Red Rock, until they saw the sign to save themselves. Other people have seen the signs too. 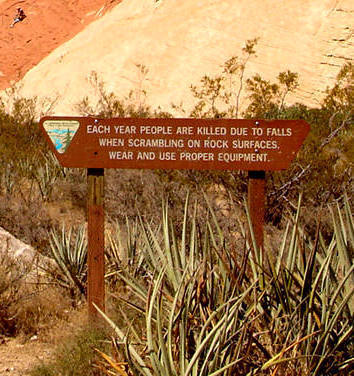 So, after many near death experiences, the girls thought they may be able to live longer as rock climbers, as it would teach them how to be safer hikers. So off they went to Borders books, and bought "How to Rock Climb by John Long. They purchased the gear that they needed to get started, and went to the gym to learn how to use a GriGri. No classes, and two brief times in the gym was enough for the ex-prison guard red head who ran a mens pod, and the brunette who grew up in the not-so-nice neighborhoods in LA. Besides, John Longs book was their new bible.

So off they went to lead a climb, and practice with their new toys. The girls decided to go to Calico Basin, after working day shift, where they had once seen bolts while out hiking on this climb called Cow Lick Co. Crag. The girls discussed, Well, the guide book says its a 5.7, and that seems to be a beginners grade, for a sport climb, so they both decided it would suffice for a first lead. They both looked at each other, and wanted the other to jump on the lead. The feisty red head blurted, You were the one who talked us into doing this crazy shit, so you can lead it, this is YOUR deal!" The brunette gave a nervous laugh, and said, Whatever, okay.

They did all the right things with the knots, rope, and double checking each other, so off the brunette went on lead. A few dance moves up the slab, and she stopped for a second, and said, That bolt looks a little high. The red head reassured, All the climbs are probably like that. A little bit of continued smearing, and crimping that the brunette had learned from her Red Rock death scrambles, finally got her to the first bolt, and she quickly, and proudly clipped her first bolt outdoors, and ran the rope through. She took a deep breath, relieved, but now seeking reassurance from her red headed partner that she really did have her on belay, and then the brunette climbed on.

The brunette climbed a few feet above the first bolt, and the red head asked, Are you back clipped?" The brunette didnt really want to think about it at that point, so without looking she replied, No, and climbed on very slowly. Some of this rock sounds hollow," the brunette said with a shaky voice, as she was clinging to a little under-cling, looking for where she should go next. Oh, theres the next bolt, okay, she had thought to herself, and with a little Elvis in her leg. Well, this is Vegas, baby.

Anyway, the second bolt was soon clipped, and the brunette felt a lot better, until she got up to a little roof. Now what? she had thought. By this time she was electively mute from being frightened, but found hope when she had blindly reached up over the bulge, and felt on some hard balls. They were small balls but when she finally had the courage to look at them, she saw that they were solid, and could be very useful to pull up over the annoying bulge, and it was even more encouraging when she had also seen another bolt nearby above her. "Whew, that was fun," the brunette called down after she had pulled the move.

The proud brunette happily scampered up the easy, low angle slab with positive holds that felt similar to the scrambles in Red Rock that they both loved. She was finally smiling again, and was soon at the strange looking cold shut anchor; she clipped into it, and did all the text book things, rapped down with her tuber, and it was on!

The red head found that she didnt care too much for that kind of rock climbing after Cow Lick Co. Crag, and stuck to her power hiking, and unprotected scrambles, sold her climbing gear on ebay, and eventually moved to the island of Kauai. The brunette climbed on, hooked up with trad mentors, developed a liking for multi-pitch epics in Red Rock, and is still living in Sin City. 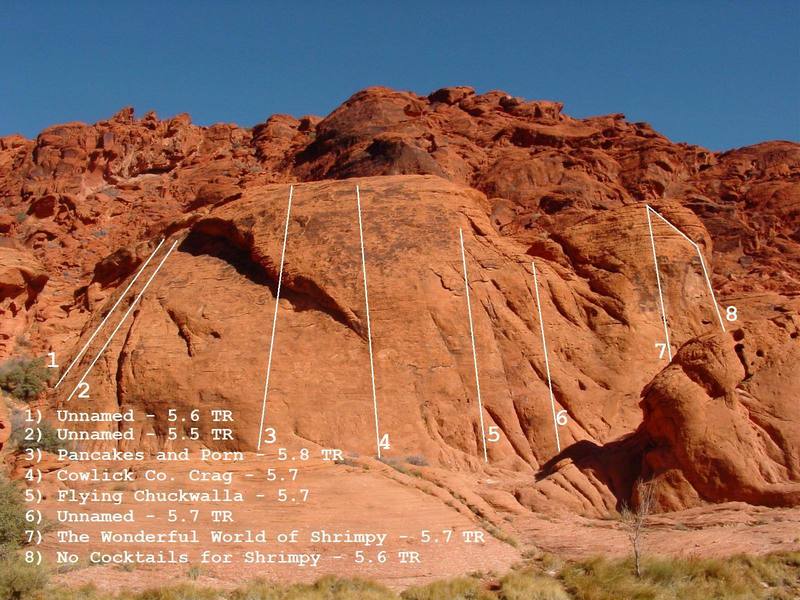 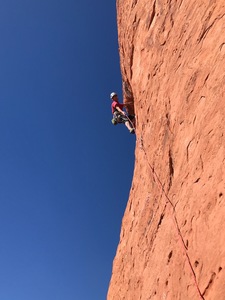 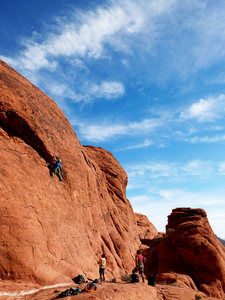 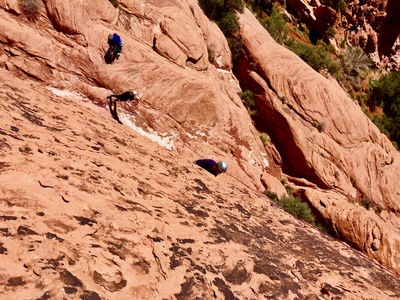 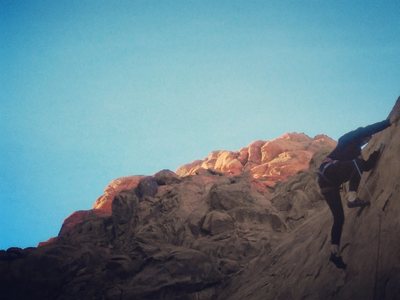 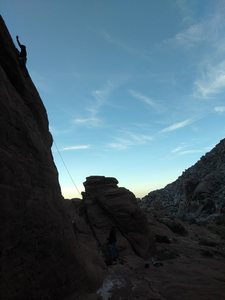 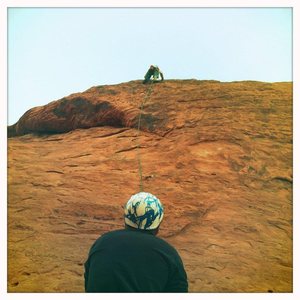 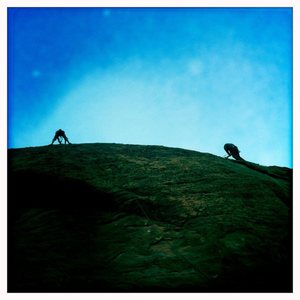 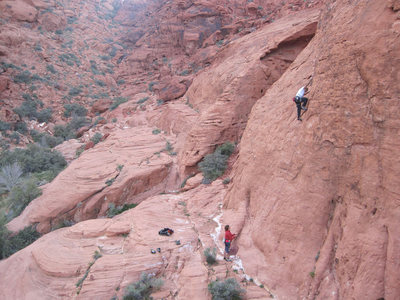