This striking arete bounds the right(west)edge of the Upper North face of Notch peak. It offers more sun, maybe less rockfall hazard since it is on an arete. Two of the belays are directly on the crest of the arete giving nice views into the valley and across the dark North face. Cool! It is graded 5.10 but is similar in difficulty to Book of Saturdays. with the crux being in the same sandy band of rock that cuts through the wall. The arete rises in 3 distinct sections. The route is also known as "Pillars of Faith" following the religious theme. It was put up with traditional ground up ethics. a variation "road to perdition" at 5.10+ is a nice technical finish (3 final pitches) to keep the excitment alive. Tommie and I put this variation in by rappelling in from the top (pre-inspection/cleaning) and leading out while placing gear and bolts, hence, "Road to Perdition".

It is best to approach via the Lower N face routes (20 minute walk). But for a more casual outing, you can also also approach as for Book of Saturdays. It is best to rappel down BOS after summiting, it will make the hike out easy, and avoid a walk back under the face. 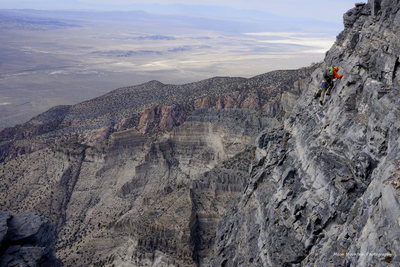 The final 200 ft of scrambling to the top of No… 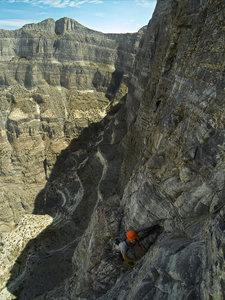 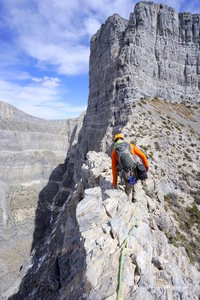 Scrambling over to pitches 7-9 and the top 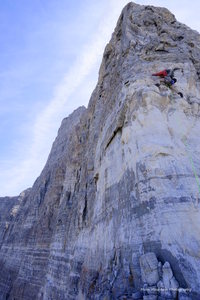 Pulling through the 10c crux of Pitch 4 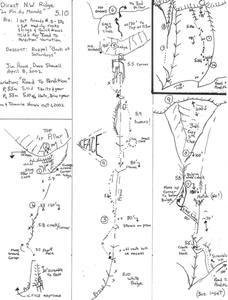 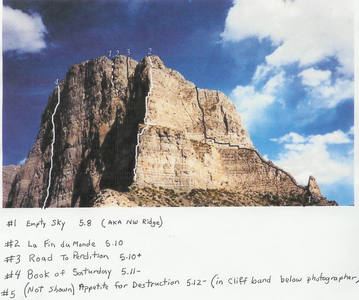 routes on the upper N face 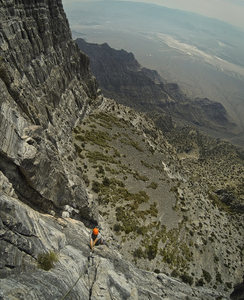 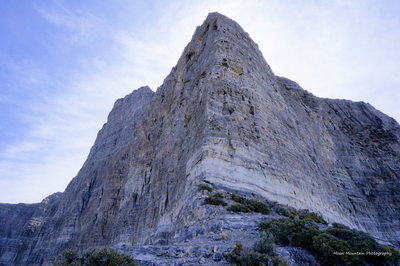 Looking up at Pitches 4-6 of La Fin du Mundu 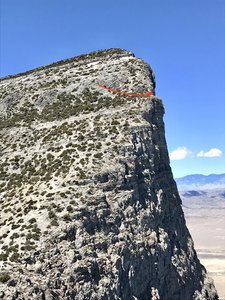 Location of BOS rappels, if you are unfamiliar… 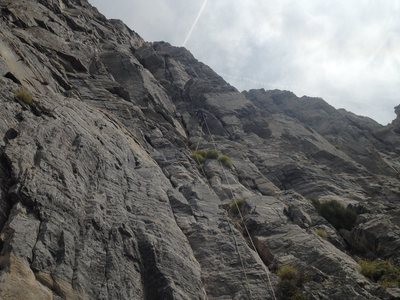 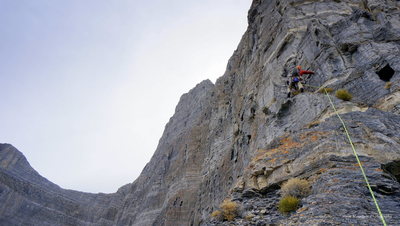