Routes in The Headwall

I liked the first bolt on pitch two, it protects groundfall potential on a ramp and the 3rd bolt is on great rock for clipping. Right after that it gets steep and cruxy. Well bolted and on great rock, it is one of the best I have been on in camelback.

It is next to one of the scariest routes on camelback, The Icebox 5.8x. It actually shares one of the bolts up high. The Icebox is the dihedral, very soft rock, just to this route's left.

Walk to the end of the Headwall and begin on the white granite just right of the dihedral/gully. P1 has 2 bolts, p2 has 12 bolts, p3 has 3 (?). Rap the route with single 60m rope. If you rap from the top, the first rap is a short one to the top of the 2nd pitch. Watch the ends at the second/longest rap. 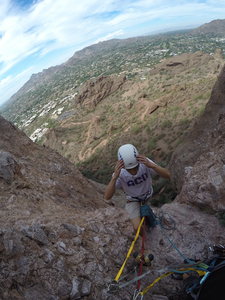 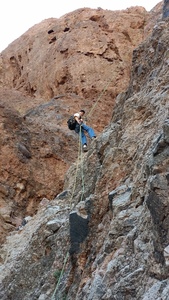 Downward dog, Rich on the big rappel on top of… 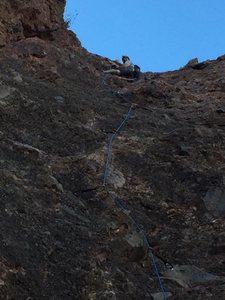 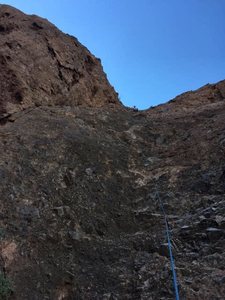 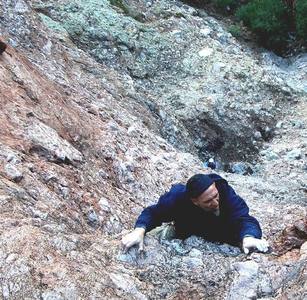