The route climbs the northwest side of Mt. Baker and is delineated by the Roman Nose on the climber's right and serac walls on the left. We climbed it in early May 2006 and the route then had two distinct sections: the lower, which was mostly firm steep snow (up to 50 degrees) and the upper, which was 800 feet of 60-degree ice (AI4, WI3) with little reliable pro. The ice slabs on the upper section formed a giant plate, about an inch thick, covering the wet snow underneath. It was "fun" to climb but the overall stability of the ice was questionable. We simul-climbed the lower section and pitched it out on the upper. Just below the second rock band (topo pic #2) the belays were set with some ice screws. Once on the steep ice the belays were set with pickets punched through the ice layer. There were two shrund crossings on the route (topo pic #2) and some signs of avalanche activity. Descent via Coleman-Deming route. 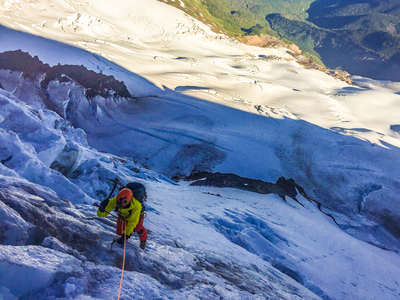 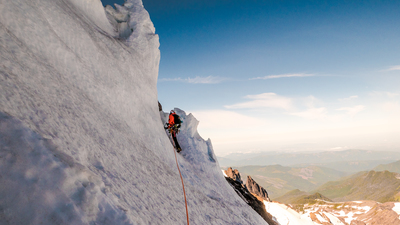 Chad about to enter the second bergshrund cross… 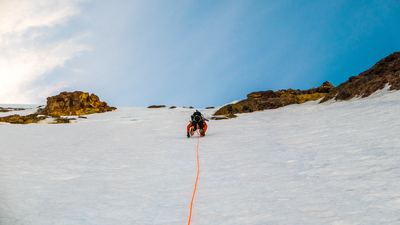 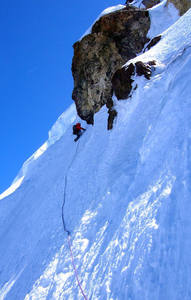 Coleman Headwall. Higher up on the route, just… 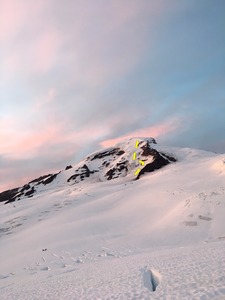 Our route up the Coleman Headwall, June 20th 20… 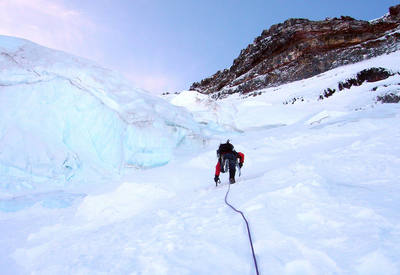 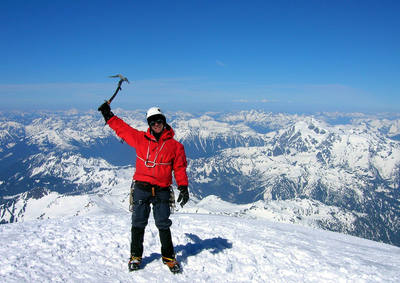 Summit pic with Northern Cascades in the backgr… 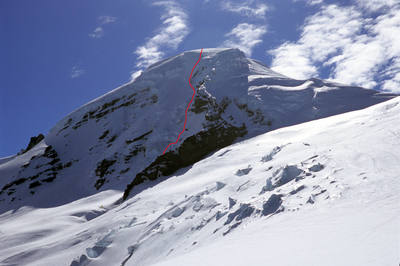 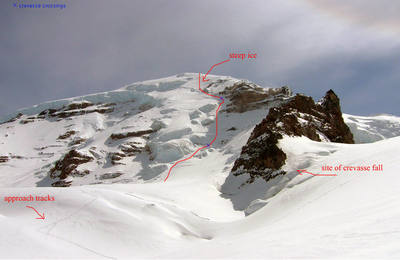 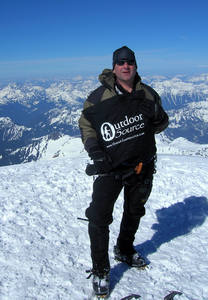 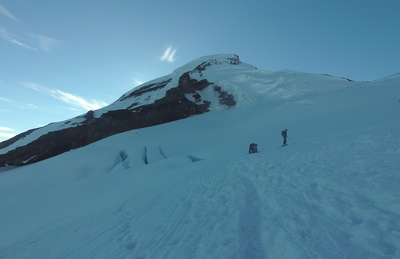 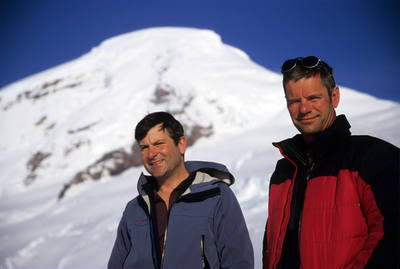 Pat and I at the camp. Day after climbing the r…