By way of the N. lateral moraine of Bugaboo glacier and snowfield to the Snowpatch-Bugaboo col above which the S. arete is followed. Scramble up ledges easily for more then 500' to the base of a steep chimney where the rope is put on. Climb chimney (120';two leads; strenuous) to crest of ridge leading to base of formidable gendarme. Two leads on the gendarme reach groove where belay is established for the crux. Leader moves up vertical wall in cracks and over left-hand corner brings him to the base of a steep, curving crack which is ascended, leading to a short finger traverse (left) into a gully. Climb gully (10') to belay ledge behind gendarme. Thence a short climb to the summit, a second point of equal height at the N.E. being reached over a short but difficult bit of broken arete, in the middle section of which a 20' doubled rope is used to facilitate return.

The above taken verbatim from the 1955 AAC publication "A Climber's Guide to the Interior Ranges of British Columbia" by James Monroe Thorington.

Conrad Kain considered this his hardest lead - although modern techniques and equipment has certainly knocked the edge off. His Mount Robson route remains quite an undertaking.

Descend the route via rappels and scrambling. 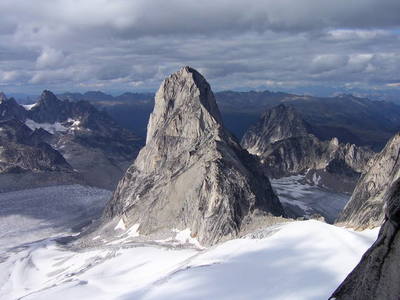 Picture of the Kain Route taken from Pigeon Spire. 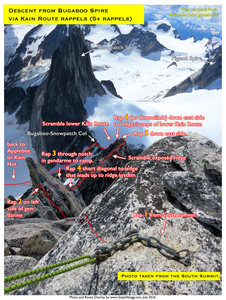 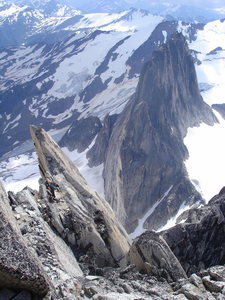 From the base of the final belayed pitch 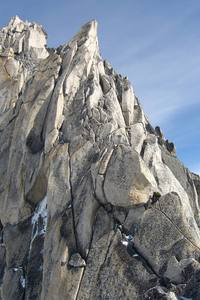 Approaching the gendarme on the Kain route. Cli… 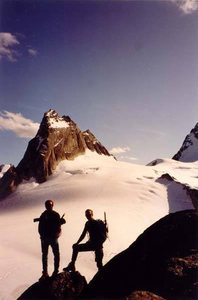 More vistas from the scrambling part of the rou… 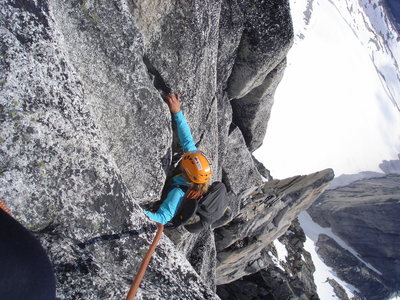 View from the South Summit 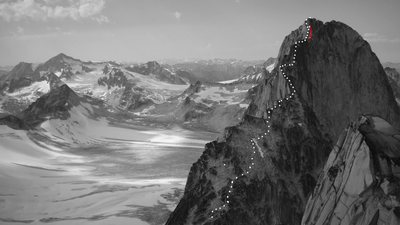 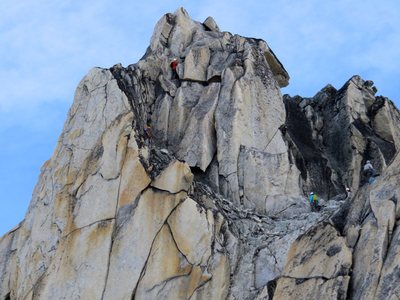 Climbers on the upper Kain Route. 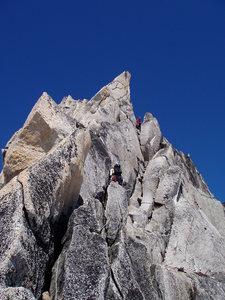 Crux pitch on the Kain route, 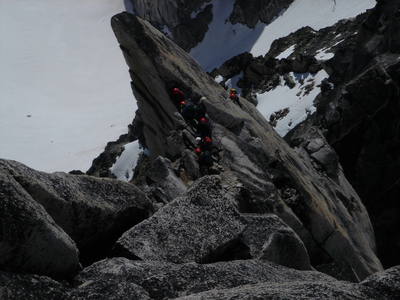 The hordes waiting to rappel (left) and climb (… 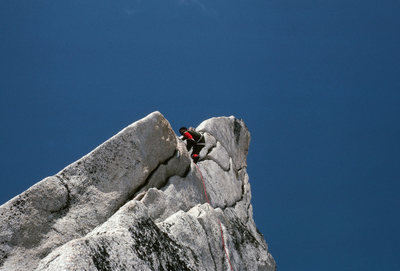 Paul Hudak at the crux