From the top of Dinwoody pass you descend down a snowfield onto Dinwoody Glacier. From the glacier head north towards the base of Gannett. There is an obvious band of snow that connects Dinwoody Glacier to Gooseneck Glacier that you need to cross to begin the steeper part of the ascent. Once you cross the snow band, begin heading up the glacier until you are at the base of the couloirs that head up the southern flank of Gannett. Take the further left of the couloirs. The crux of the route begins here. In order to ascend the couloir you must cross a bergschrund. The 'schrund has a snowbridge over it that is easy to walk over but in the later months the snowbridge melts and can become a problem. Once you cross the 'schrund the climbing is great. Continue to ascend the Couloir to a rock band that is easy Class 3 climbing. Take the rock band north to the main snow covered face of Gannett and climb the snow up to the ridge line. Take the ridgeline over to the summit!

Descend the route the same way but when we started down, (we summited around 10:00 am after a 4:00am start from Titcomb basin) the snow had no bottom to it. The sun had melted it quite a bit and while plunge stepping down the route it was very difficult to get a solid placement with your foot. If you slip and the snow conditions are like this it would be very difficult to self arrest. This is obviously a problem so we just took it slow and made it down without a problem. On the way back down Dinwoody Pass I began to glissade down the snow. I decided to leave my crampons on due to the softness of the snow and knowing that self arresting might be slightly difficult. The run out was really good so I began to glissade down and when I wanted to stop at the end I was digging in my axe for all I was worth and not slowing down very much at all. So I dug in my crampons next and I am very glad I had those on becacuse stopping would have taken a much longer time with just my boots. So anyway, just a side note to be careful with the snow conditions.
Overall this is a great ascent, really a great alpine route!

Our group of 4 started at about 4:00am from the base of Dinwoody Pass, in Titcomb Basin. After several hours of hiking we made it to the top of Gannett at about 10:00am. We descended the same route and made it back to camp around 4:00 the same afternoon.

We didn't use a rope on this ascent due to us being relatively comfortable with the amount of exposure. We did however bring along a rope, crevasse rescue gear, and some assorted snow protection pieces (deadman, etc.). Some parties may wish to rope up for some of the sections. One last note, I know it has been done without, but crampons, helmet, and axe are a must. 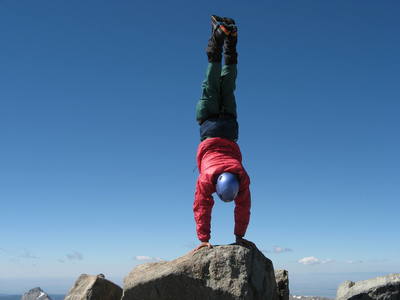 Eric busting out style on the top of Gannett. 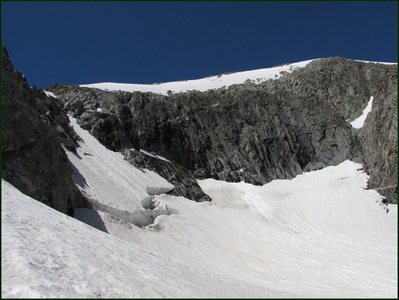 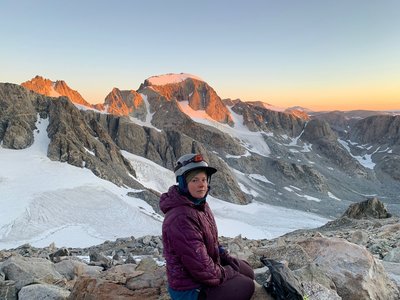 Jonesie enjoying a quick rest to watch the sunr… 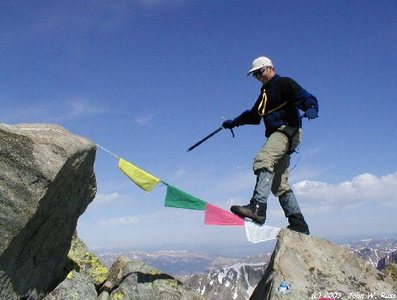 Final traverse to the summit of Gannett Peak. 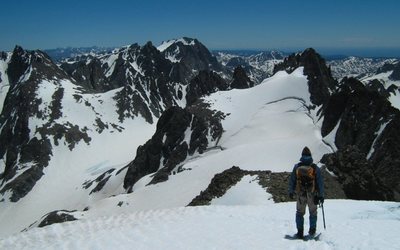 Heading down (South along the summit ridge) fro… 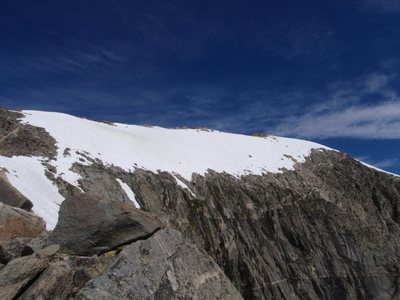 The final traverse from a distance 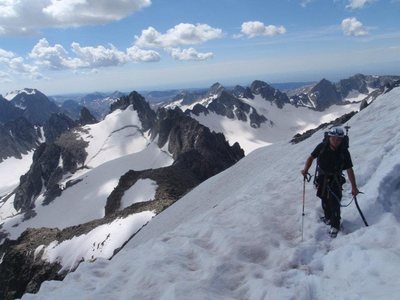 The traverse at the top 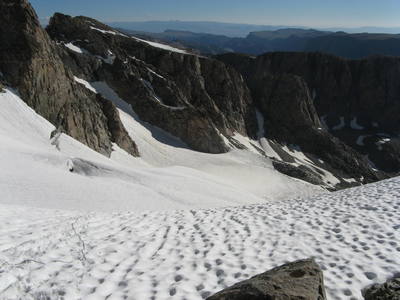 Looking down on snow slopes from above the goos… 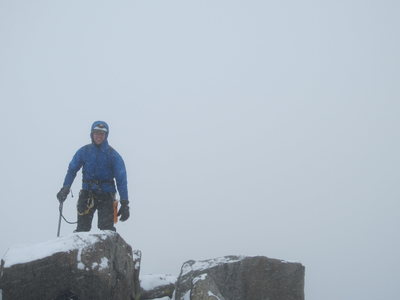 Summit of Gannet in winter conditions in July! 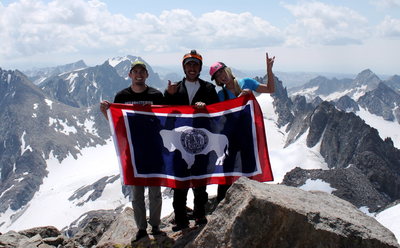 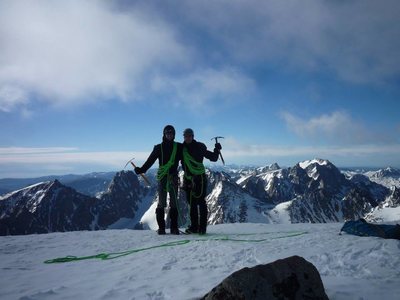 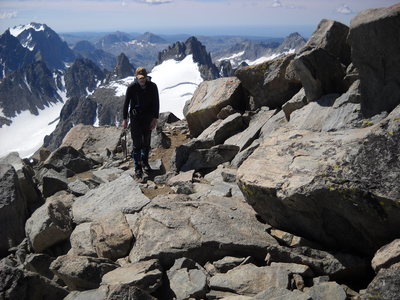 EJ, 50' from the Summit of Gannett