The Mount Nebo Wilderness boundary parallels approximately 100-200 yards south of the Santaquin Canyon road from the mouth of the canyon to Tinney Flat Campground. Wilderness rulesblm.gov/wo/st/en/info/regul… apply within the wilderness area (nothing mechanized or motorized allowed, including power drills).

This three pitch route, a crown jewel of the Wasatch Range is located high on the northern facing wall in the canyon which also hosts the two other testpieces, Automatic Control Theory & The Candlestick, combining them all in one season, or in one day is a tick never to forget. That being said, The Angel of Fear only forms once every ten years or so.  The reports I have been hearing is 2020, 2010, and again the year of the FA in 1985.  So when its in, call in sick, drive across the country and get your ass here, as it is well worth the wait.

Begin by climbing a 20 meter opening pitch to the snow bowl above.  To the right of the second pitch column, there is a bolted belay station.  The Second pitch climbs a steep pillar that may be capped by a roof to gain the ledge above, known as the first of the the angel's wings.  Five meters above the first lege a second ledge is located, with a single bolt found to the right of the column where the third pitch belay is usually located.  This is also the spot where the route, Holy Ghost comes into The Angel from the right. The third pitch leaves the belay cave on steep ice to gain the front of the column ~15 meters above where the angle eases back into WI4 climbing to a single bolt anchor above and left of the top out.

Above the route a short WI4 is found named "The Halo"  If you made it this far, and you are not soaking wet by now (the case for 2020 ascents) ascend to heaven and finish it.

Hike about .40 miles from the gate keeping your eyes on the South wall until 3 routes come into view. Climb the gully. White Angle of Fear is the formation on the far left. Rappel the trees. Two ropes. 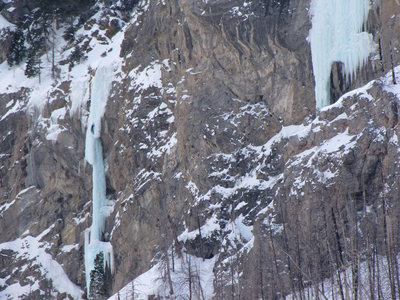 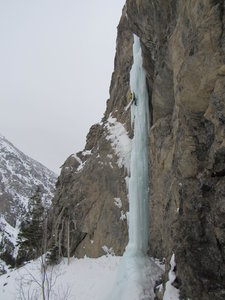 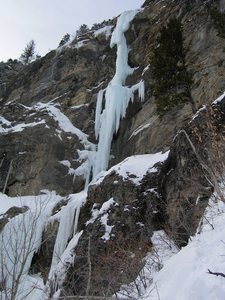 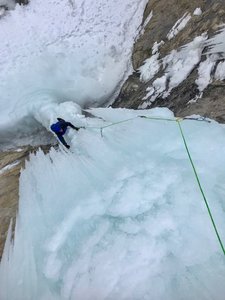 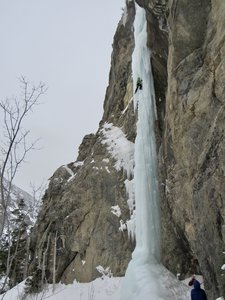 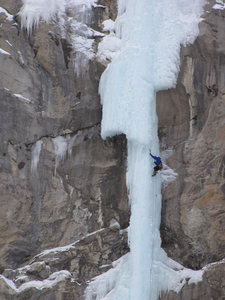 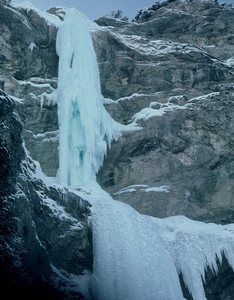 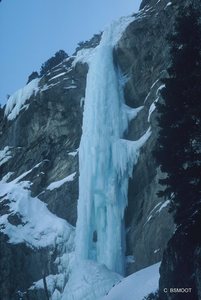 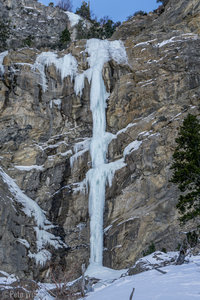 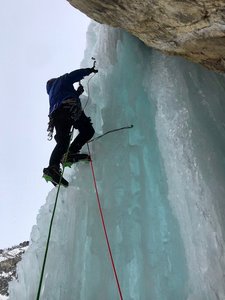 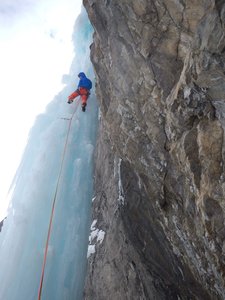 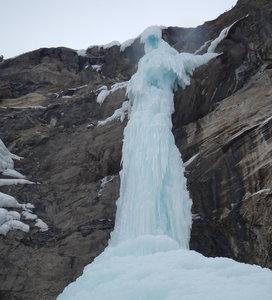 More About Angel of Fear