Routes in The Rock of Ages

Castle Rock in Pine Canyon is closed for peregrine falcon nesting season, from February 1 through July 31st every year. All other Mount Diablo area crags are open to climbing. The news release is linked hereparks.ca.gov/NewsRelease/493.

Starts 40 ft to the right of the Cave Route and climbs up past five bolts into a cave, belay here on three bolts. Exit the cave to the right and continue up and slightly to the left past another cave and bolt. Now move out right and follow the natural line. Don't worry if you don't see the bolts. You're probably still on route, they'll show up eventually. There's a large loose block about half way up you have to crawl over to avoid harder moves. It would take some prying to pull it off, but careful anyway. Follow the shallow scoop strait up past a few more bolts into a large cave near the top. Exit the cave to the left past two more bolts to the top. This route has some decent runnouts (30+ft) with most bolts being 15 ft to 20 ft apart. Though the cruxy moves have bolts near by under them, this route can still be a bit heads up. Makes for some classic heady oldschool Pine Canyon climbing.

Walk off the back to descend. 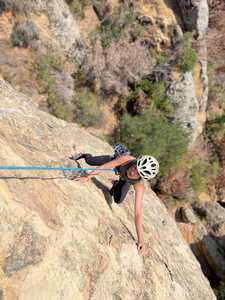 Shirley on the crux move of the 2nd pitch. 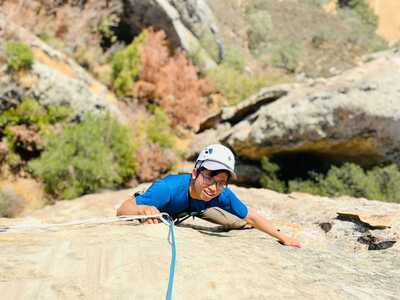 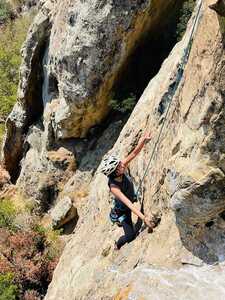 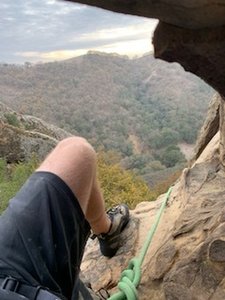 Top of Pitch 1, from the Cave 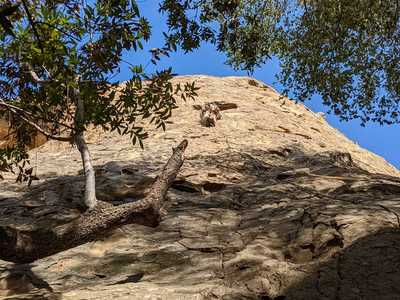 Butt shot of John Kim leading first pitch of We… 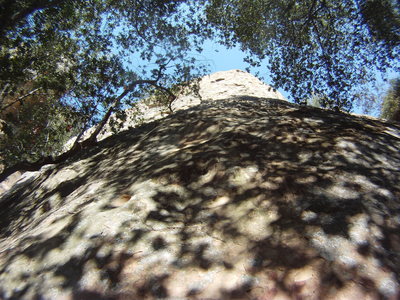 All the way to the top.... view up the route