Crest Jewel is a fantastic high-elevation slab climb; perhaps the best in the country. Certainly the best I've done in Colorado or California. If you only ever do one long slab climb, this should be it.

The climb is fairly well-bolted (entirely with modern hardware and safe belays), but expect typical run outs on the easier terrain (5.8 and below). These generally feel less and less scary later in the route as you become accustomed to the style. The crux, if doing Crest Jewel Direct, comes early and is very well protected.

I'm not going to give a pitch-by-pitch description of the climb, but it would behoove parties who haven't done the climb before to have a copy of the topo with them -- if only to figure out which general direction to head off in when departing a belay -- often the next protection bolt is hard to spot and the climbing could conceivably go anywhere.

The original Crest Jewel accesses the wall from the left side at about one-third height, whereas Direct begins at a high-point at the base of the dome, also towards the left margin of the main face. Direct intersects that first pitch of the original route after five pitches of harder slab climbing. Most parties approach via Royal Arches which makes for a very full 30-pitch day.

The route gets sun all day long and can really cook up there, but the wind can also pick up making things quite (un)pleasant depending on the time of year. Views of the Valley and Half Dome in particular are outstanding.

8 draws & something for the bolted anchors. 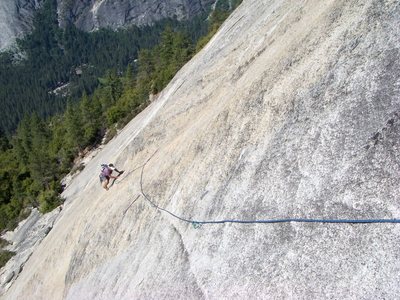 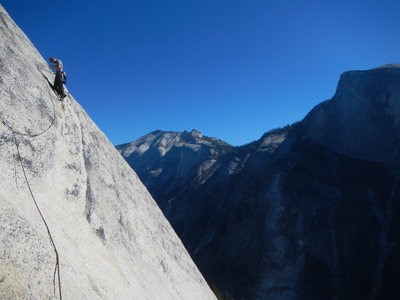 checking email on the 1st pitch 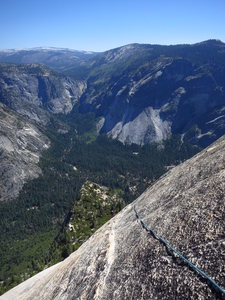 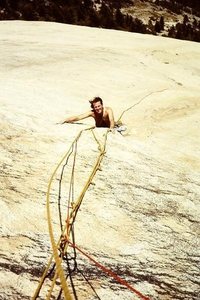 that's me on crest jewel 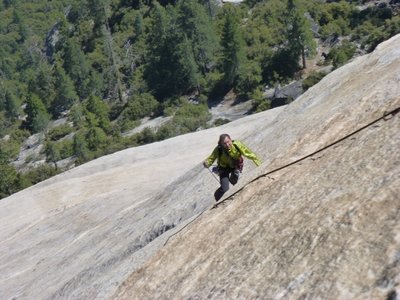 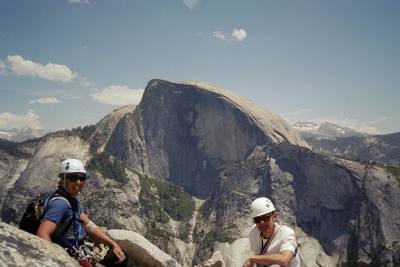 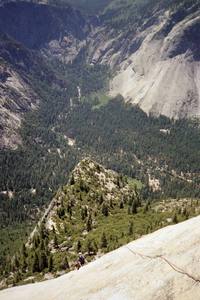 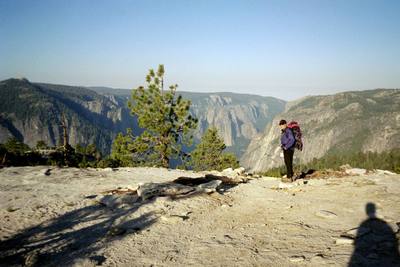 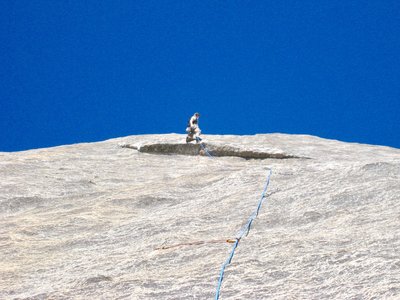 Bob Passerini at the overlap high up on Crested… 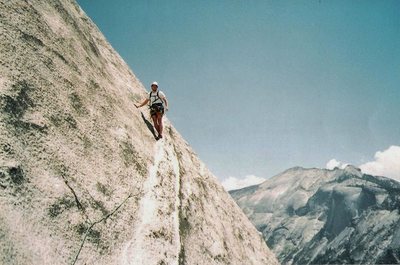 Having Fun on Crest Jewel