Mark of the Beast

Starting Tuesday, pets will only be allowed in specified camping areas, day-use areas and the Loop Trail. Pets will no longer be allowed to accompany hikers on the Summit Trail that ascends to the top of Enchanted Rock.
Most trails, including the Summit Trail, are closed 30 minutes after sunset, allowing park visitors to view the sunset and safely descend to the parking lot. The Loop Trail is the only trail open after sunset to gain access to the primitive camping areas.

Mark of the Beast is probably the longest, vertical, non-contrived route in the park. The route is a well-protected three-pitch slab route that climbs the right side of the Devil's Slide. The first pitch is also known as Christine's Variation and is a great 5.6 climb just by itself.

P1. Start at the base of a long, clean slab just left of the prominent overlap that marks the left side of the Cheap Wine Wall. Climb past seven bolts to a pair of top anchors in a shallow dish just right of the Fatman Flake. While there are a couple sections where the wall is a little steeper, there is no real crux. Fun, 5.6 climbing to the anchors.

P2. Climb up and left from the P1 anchors past the Fatman Flake. The crux is a steep smooth headwall that leads to the first bolt (5.8/5.9 range). Once past the first bolt, the angle and the climbing both ease significantly. Climb past two more bolts to a two-bolt belay on the Broadway Ledge. Short pitch.

P3. Another short pitch. Climb an easy slab up and right from the P2 anchors to a two-bolt rap station.

From the rap anchors on top of P3, rap with two ropes back to the P1 anchors near the Fatman Flake. A second two rope rappel gets you back to the ground. You could also scramble up a low angle slab and walk off the top of the dome.

Seven quick draws and something for the two-bolt anchors at the top of each pitch. Two ropes required to rap off. 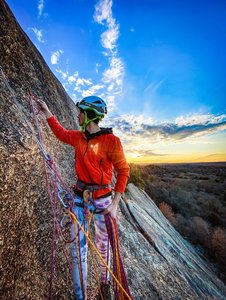 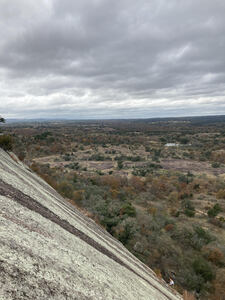 view from the ledge at the end of pitch 2, look… 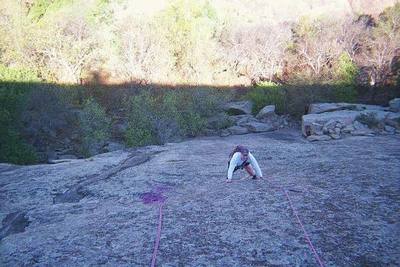 Looking down the first pitch of Mark of the Bea… 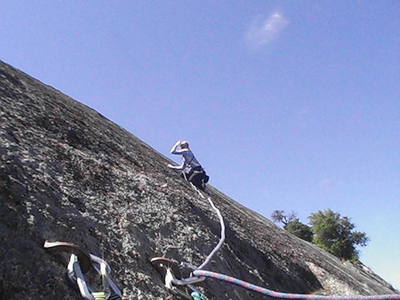 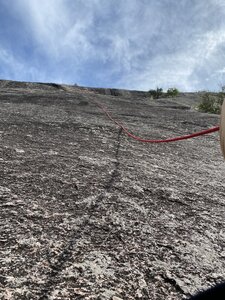 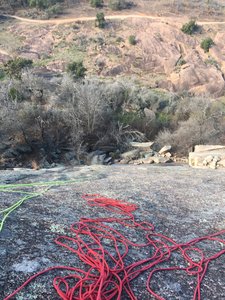 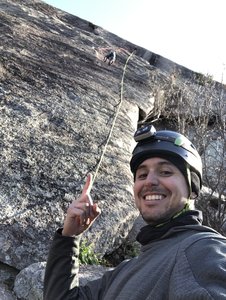 From the bottom, waiting my turn 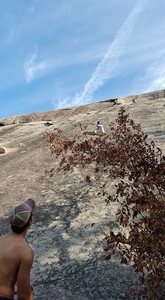 A few guys on Harder Than it Looks and Mark of… 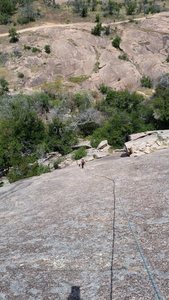 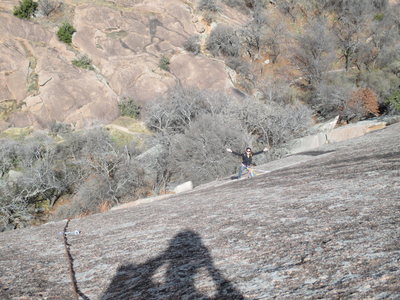 Looking down the last pitch

More About Mark of the Beast