The crux is near the top with rather trickey gear placements. The step off the pillar onto the face is easy and I've been told it can be protected with a (Green Alien).This route was originally led by "Charlie King" with only "2 bolts." A 3rd bolt has been added later on the crux. Partners are telling me another should be added due to the danger of a fall stepping out onto the face which would slam a leader onto the pillar below should one fall here although it's an easy move. Also been told it should be rated R if another is not added? The 3rd bolt being added was already controversial.

First route encountered and can be indenitfied by looking for 2 bolts on a leaning pillar. 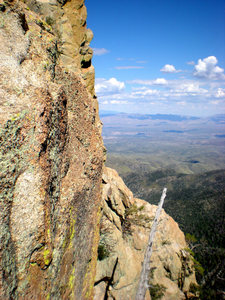 view from top of the pillar 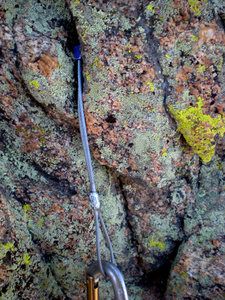 protecting the move onto the face from the pillar 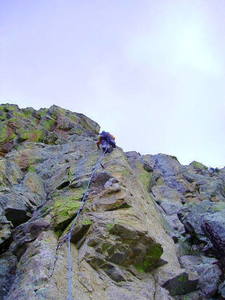