Start with an overhung stem dihedral, crank off of a flake, and reach into the left angling and sharp finger crack in solid orange stone. Pull around the roof to difficult clip, finish with steep crimps on the narrow pillar. It is sustained and overhung most of the way.

How Ya Get There

This is actually located on The Armory downstream of the Crystal Tower and above the new tyrol. Locate a huge, slanting boulder at the base of an overhanging, left-facing dihedral, uphill and left of Ken T'ank. 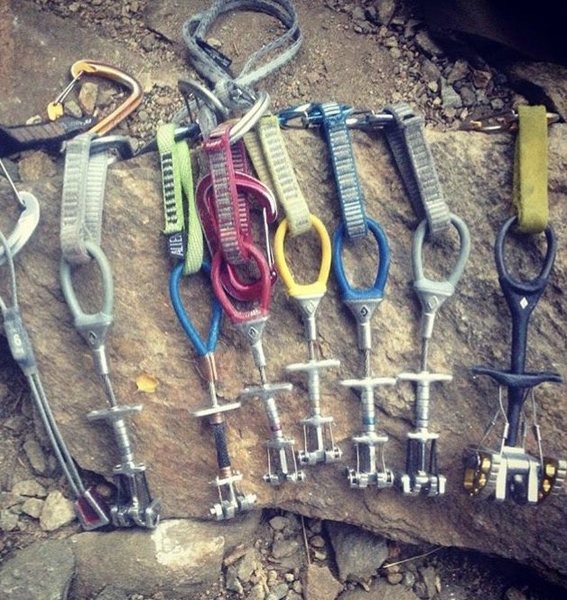 [Hide Photo] Gear beta. I thought the blue/green Alien protected the crux pretty reasonably. I did use an afternoon to redpoint while clipping bolts. 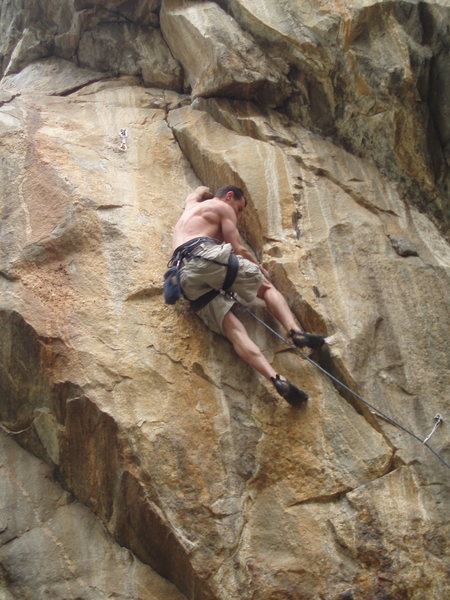 [Hide Photo] The amazing finger crack on the Gauntlet. 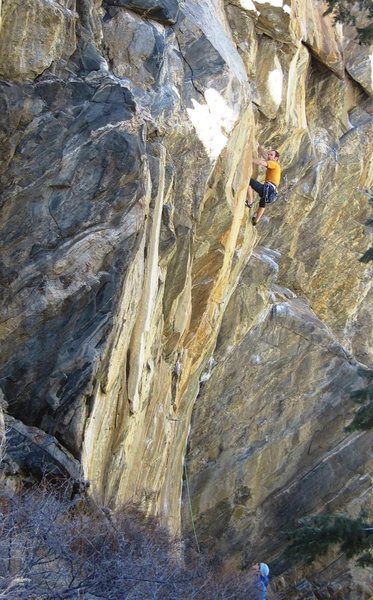 [Hide Photo] Finishing up The Gauntlet after starting up Siberian Express. 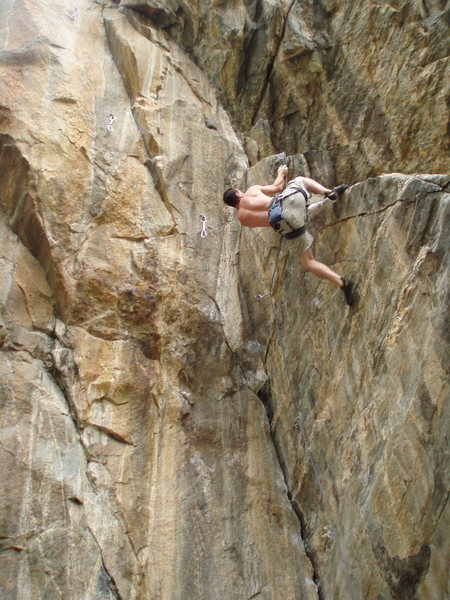 [Hide Photo] A rest after the first crux on The Gauntlet.