This route climbs the chimney between the First and Second Buttresses on the north side of Hallett Peak. The bottom part of the route is relatively easy and can be covered quickly by simulclimbing. However once you get to the middle this is where the fun starts. From here on up to the top their are several steep sections requiring snow, ice, and mixed climbing techniques. In general, the crux moves involved climbing past the large chockstones wedged between the chimney walls. There are a couple of things to keep in mind when climbing this route. First, you are in a chimney which acts as a giant terrain trap for anything falling down from above. The later and warmer it gets during the day, the more stuff that falls. Second, there are several spots on this route which involve climbing through very dangerous sections of loose rock. Be careful of where you place your protection, and watch out for your partner below. Finally, depending on the condition the route is in crux sections may vary. In lean conditions, much more mixed climbing is involved.

This route is located on Hallett Peak above Emerald Lake and can be accessed from the Bear Lake trailhead in Rocky Mountain National Park.

Standard alpine rack: cams, nuts, screws, and pitons are helpful. Pickets are optional but could be useful in some sections. There is a lot of old fixed gear on this route some of it is solid and some of it is highly suspect. Be careful about what you decide to trust. There are fixed rap anchors, but be prepared to leave some gear behind as many of them could use some additional support. 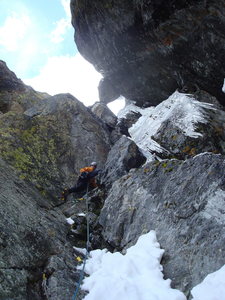 Physics geek on lead at the crux pitch. 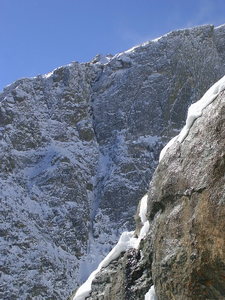 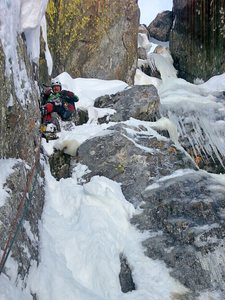 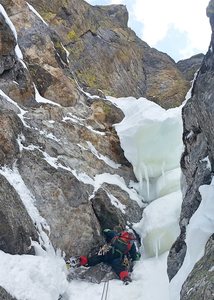 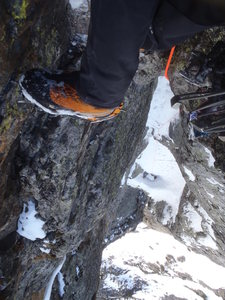 Looking down from the top of all the hard climb… 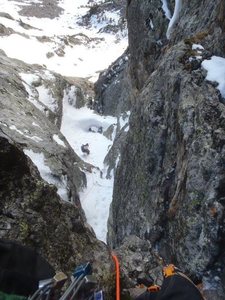 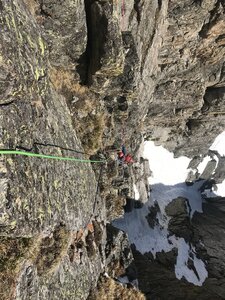 P4 the one rock section 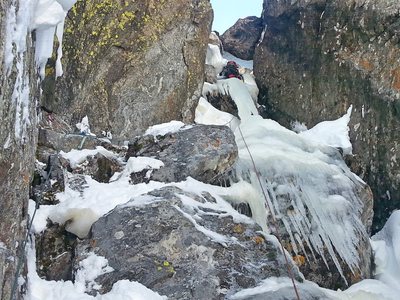 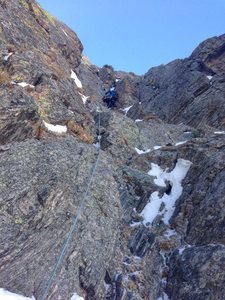 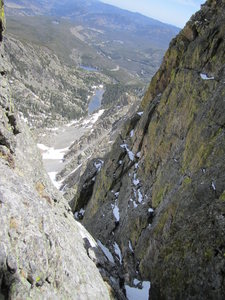 Looking out from near the top. 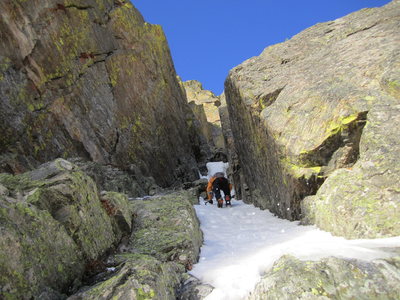 Dylan before the first step. 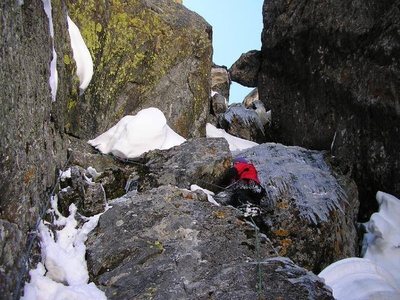 Hey Hey it's finally got ice on it.