Routes in Buttress of Cracks - Left Side

This striking thin crack testpiece up a smooth 85 degree slab was originally done as an aid climb and just over a decade later freed, in 1978, by a 16 year old Tony Yaniro (wearing EB's) who went on to climb the Grand Illusion near Lake Tahoe the following year. The climb saw no repeats until sticky rubber-soled Fire's hit the U.S. market around 1982.

Even in this era of big numbers this still is a challenging route that seldom sees a free ascent, especially on lead. Equinox at nearby Joshua Tree, while rated only slightly easier, is a much easier tick.

P1) A combination of tip jams and face moves down low gain the security of a knob, conveniently located next to the crack, above which the difficulty eases (5.11) and the crack opens up to accept better locks. Near the top of the first pitch traverse slightly right to a bolted belay; thin fingers or a lack of feeling in your fingers is a plus on this pitch. P2) Back left into the crack and up the moderate (5.9) crack to the top. It's also possible to do this all in one pitch if so inclined. Belay atop Double Exposure and then descend the backside.

The first pitch is often popular to practice clean aid (C2) and is often attempted on toprope by climbing The Buccaneer to access the anchors.

pro to 2" (include many thin nuts), bolted anchors 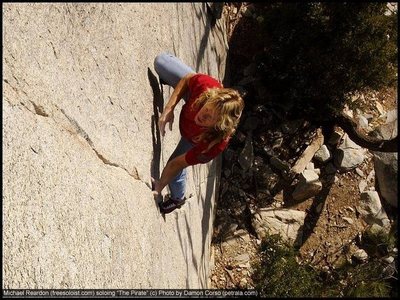 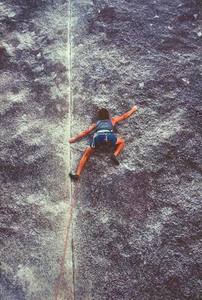 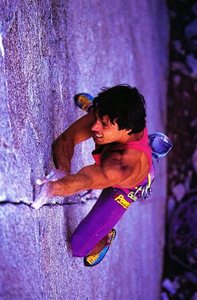 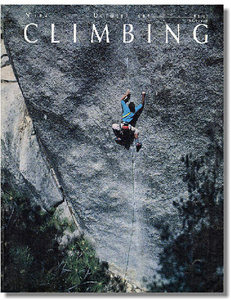 Johnny Woodward on the cover of Climbing doing… 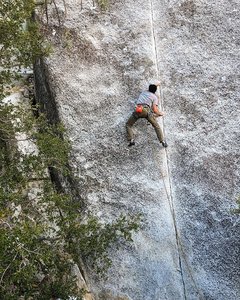 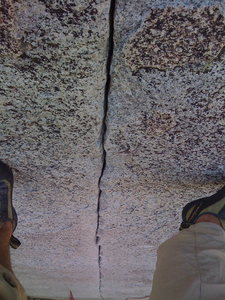 drooling yet? The perfect 5.10 fingers above t… 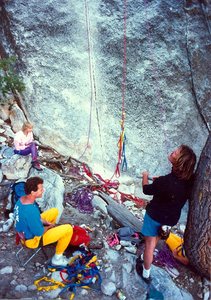 John Long and Mike Guardino at the base of The… 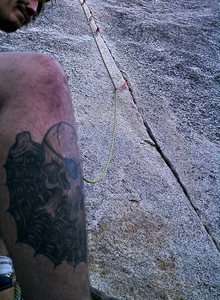 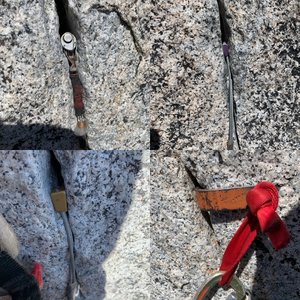 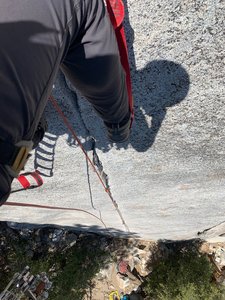 man that was awesome - Clean and solo 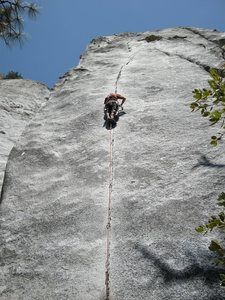 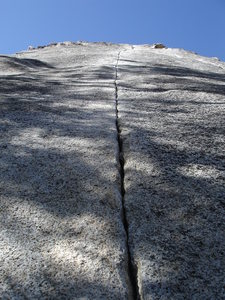 The first two finger "locks" are given. The re…

More About The Pirate