This Route is on the W/SW face of the Sibling, essentially on what would be considered it's back side. The best approach to this is either up to the North side and then up around to the West, or going West until parallel with the top of the rock and slightly above, then dropping down into the West face from the South.

This climb ascends the acute arete on the Northwest Corner. The climbing is relatively steep and thin in places, with a crux 1/3 of the way up. The pro is adequate, but adequate only to prevent serious injury, it would probably not be comforting. This is probably not a good climb to 'push' on, nor one for a beginning leader.

Climb up the first few moves and start placing pro where possible. Pass the crux on a relatively steep section and protect a little more before ascending up the ever sharpening and exposed arete. Small incuts and edges up high make the top half of the climb fun and interesting as well. Finish by hitting the "true summit" of the rock, left of the fixed anchor, protect that, then scramble down a few meters and belay. A 'slingshot' belay here is a good idea to protect the second; protect above where you set the stance.

To descend, rap from the fixed anchor. 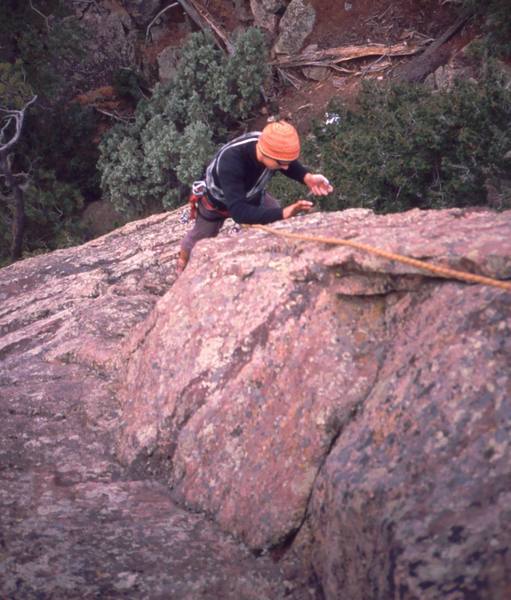 [Hide Photo] Chris Parks cleans the gear from the route on the 'NW Arete (5.8, S)' on the F.A. of that route on The Sibling. Photo by Tony Bubb. 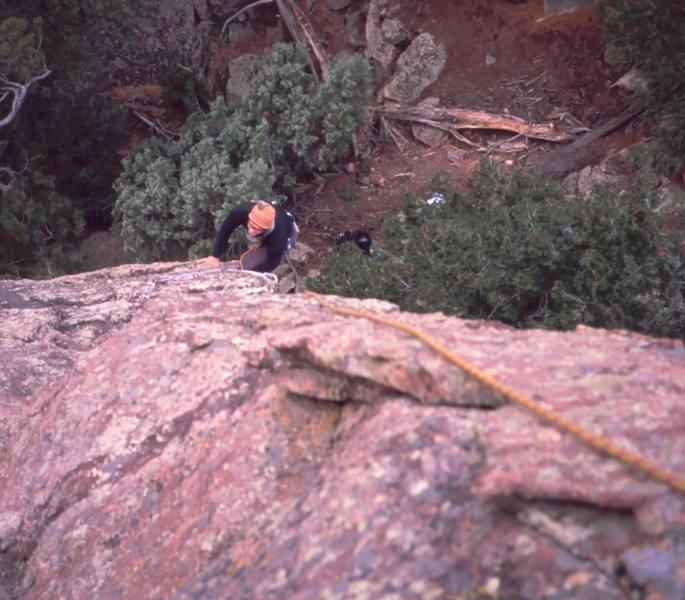 [Hide Photo] Chris Parks follows up the F.A. of the 'N.W. Arete (5.8)' of he Sibling formation, a diminutive flatiron in North of the Matron. Photo by Tony Bubb.