About seven pitches of mostly moderate 5.7-5.8 climbing on good granite make Warhead well worth its approach hike. This 1975 route was the first to ascend Arrowhead's sweeping south face. Warhead somehow got lost over the years, misplaced in several guidebooks and eventually rediscovered as a "new" route (see Bernard Gillett's comments on Watership Down). The original FA route description is given below.

P1) Starting from a huge flake lying on a ledge at the slabby base, climb an easy slab pitch to a good grassy stance.

P2) Climb shallow grooves on the steepening slabs above until they end (5.9). Move right to a lieback flake, and climb right and up from it into the wet leaning corner formed by the first of the huge arches blocking the lower face. Follow the corner/arch up and left until a belay ledge appears on the right.

P3) Step left and climb through the arch at a vertical black flake. Follow the slabs below the second arch up and left.

P4) Continue on these slabs for another ropelength, belaying below a rotten area.

P5) Ascend the left side of this rotten area and the much cleaner chimney and jam crack (now in a large, right-facing corner) above to a grassy ledge.

P6) Follow the continuing corner for a ways, then move out onto the crystal-studded face to its right. Belay at about the level of some huge, projectile-like pinnacles that appear out to the left.7) Go up to a small inset dihedral with an overhang at its top, then continue up steep rock to the summit plateau.

The name "Warhead" refers to the large missile-like pinnacles to the left of the 6th belay. The newer "Lost Arrow" route is named for this same feature. 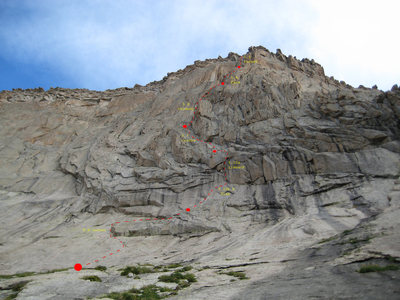 Warhead, showing the route we took. The ratings… 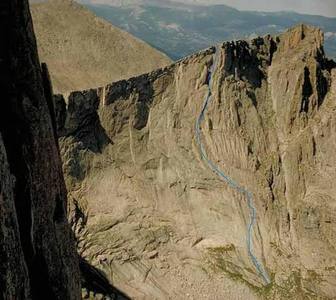 Warhead climbs from lowest to highest points on… 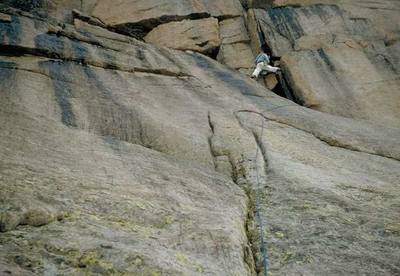 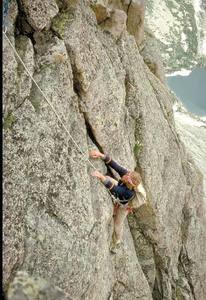 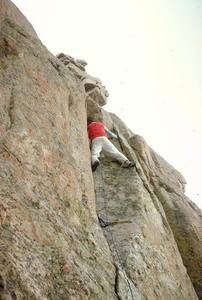 Tom Gries on the summit pitch of Warhead (FA). 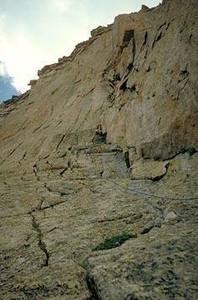 Pitch 4 of Warhead, in the large curving corner… 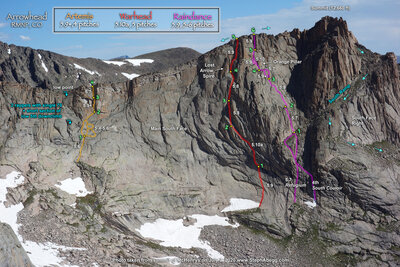 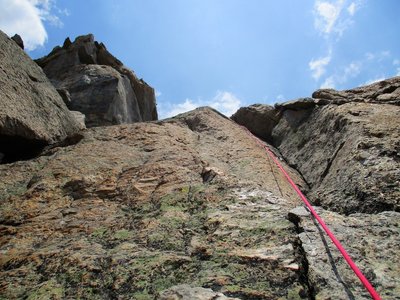 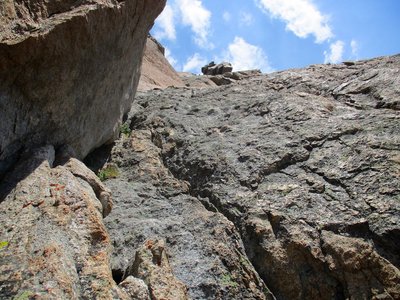 The start of pitch 5. 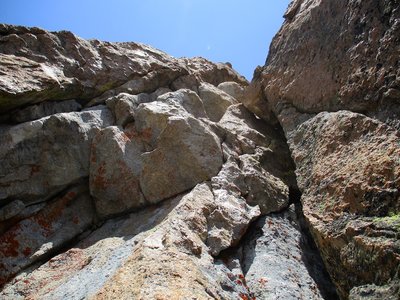 The start of pitch 4. 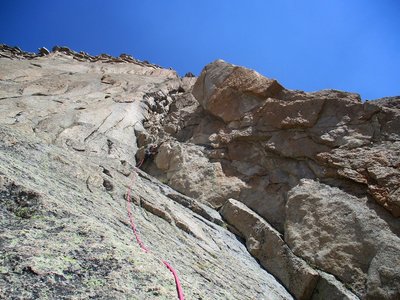 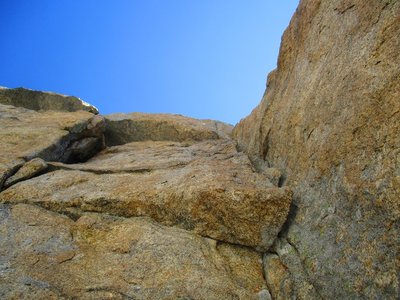 The crux section on pitch 2.