The Temptation Arete is an amazing line with a bit of agonizing history. It has been called, "perhaps the best line in the South Saint Vrain Canyon". The climbing moves were originally freed by rope solo (RW) on jugs, and the bolts were placed accordingly. My own first lead was very scary. Subsequent attempts by Greg Purnell, Alan Nelson, and Mark Rolofson (all very strong climbers and much better climbers than myself) led to the consensus demand for re-bolting, with new placements described in detail. Before this could happen, and unknown to anyone, Rob Pizem led the line and claimed a 5.12 something redpoint. After this, the line was re-bolted as consensus had earlier demanded. Now, it is well (over?) protected.

The Temptation Arete begins on the furthest East face of TBB in a thin crack and seam. This section can be done on bolts or trad with small wires. Exit the crack/seam to a ledge just below a short technical slab. The arete proper follows after 20 to 25 feet. The top of the arete has a double bolt stance for toproping, and the descent anchors are another 15 or so feet higher. The arete itself has at least two good solid 5.12 sections, and overall the climbing never drops much below 5.11.

My own last attempt in December 2000 still evinced a pair of hangs. Nonetheless, with the redpoint in the bag (?), the route should be considered open to all. The Temptation Arete easily gets three stars for the climbing moves, the continuity, the quality of the rock, and diversity of technique used.

In addition, it provides convenient access to the 5.13c project to its left. This line was bolted and led by Greg Purnell in September 2000 and should be considered off limits until he has a chance to pull the redpoint or until he opens it up to all comers. I tried it by top-rope, and it is indeed hard.

Per Laura schmonsees: the main anchor is the the first one. It is loose, easy junk to the second anchor. You can get off the first anchor easily with a 60m. Two ropes are not necessary and only deter other climbers.

QDs only. This route has two anchors, one at 115 feet and another at 130 feet. It is a double ropes only route. That said, it may be possible to get off from the lower anchors using a 60 m rope by angling up-slope since the base here is quite steep. Protected by bolts, it needs at least 15 draws to get to the lower anchor. A short section at the start was done on wires and curved stoppers.

Per Mark Rolofson: the route has 22 bolts and a 2 bolt anchor. 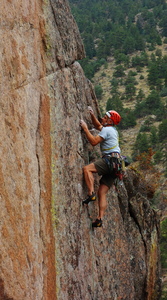 The lower crux of Temptation Arete. 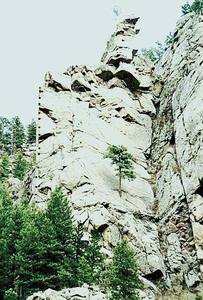 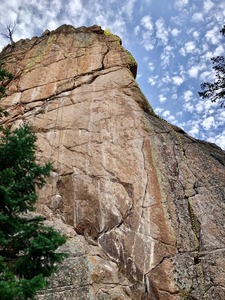 Temptation Arete on the right, Botany of Desire… 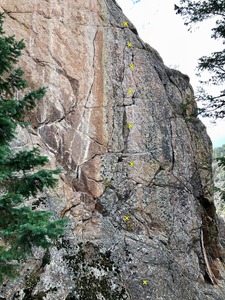 The start of Temptation Arete and the crux crac… 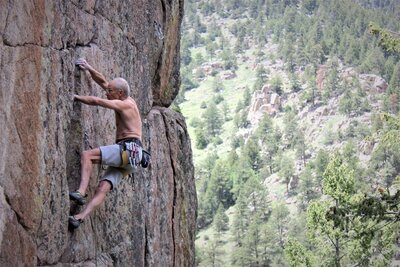 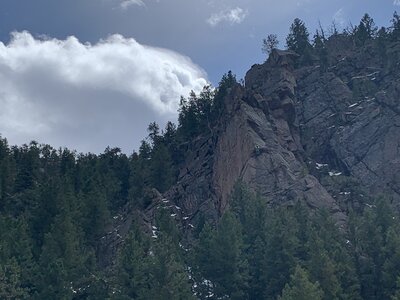 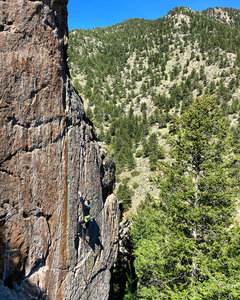