This route is the north face of Vestal. Walk up the low angle bottom part until you get to a large, grassy ledge that diagonals up and right. This is where I roped up, but there is a large ledge with boulders sitting on it 2.5 pitches up that is visible from here that would also provide a good spot to rope up. There are many possible routes, this is the one that I took. The first 3 or 4 pitches are very easy. Head up toward the blocks that are visible above that are to the right of a large right facing dihedral. On the fourth pitch, the face begins to become more blocky and steeper. The fifth and sixth pitches are the hardest (maybe spots of 5.5) and the most fun as the face transitions to low angle and smooth to steep and blocky. Pitches 7-9 continue up a sort of bowl in the upper part of the face with ledges separated by steps and end on a false summit. From here, follow a trail south and up to the summit. It isn't necessary to stay roped up, but there is still exposure. All pitches were full 60 meter pitches, basically climb until you run out of rope and find an anchor.

Bring a set of stoppers, a few larger hexes (I brought Metolius #7-9 and used them a lot) and some finger to hand sized cams. I used the #0.5-2 Camalots I had many times, but only used the #3 once or twice. A couple more finger sized cams would have been helpful. The only fixed gear I saw were two old pitons, one about halfway up, and one near the top. Good anchors were difficult to find at first, but after the first few pitches they were easier to find. I placed very little gear except for anchors, since I wanted to save the cams I had for the anchors, and placing passive pro was usually time consuming and difficult. 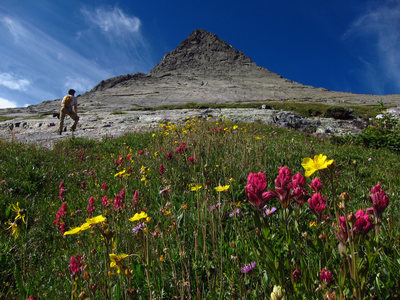 On the hike up to Vestal. 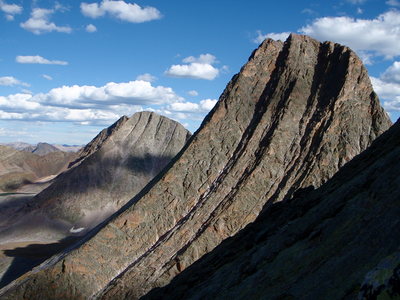 Vestal Peak and Wham Ridge as viewed from the N… 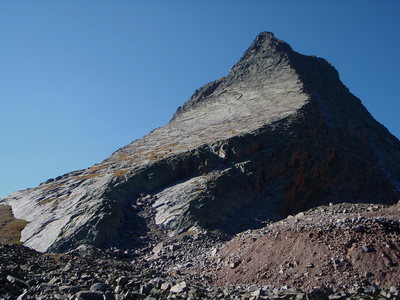 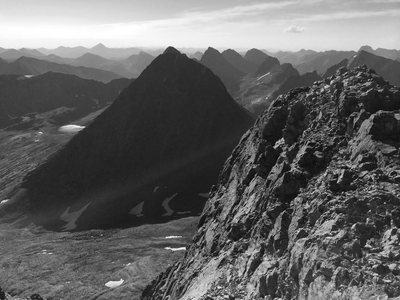 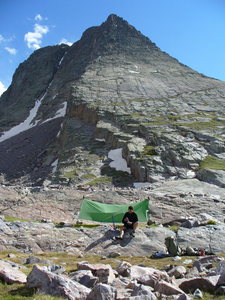 Camped below the Vestal 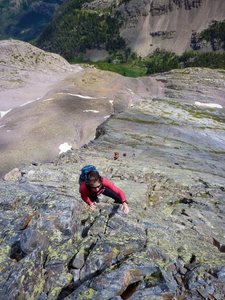 Super fun scrambling on solid rock is the name… 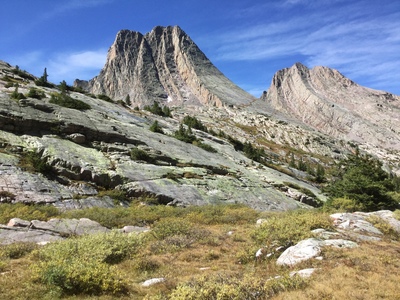 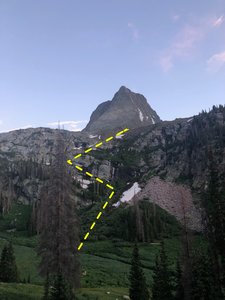 There is a solid, cairned trail from Vestal Bas… 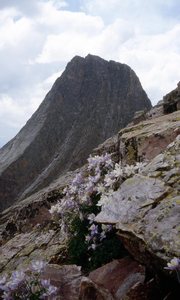 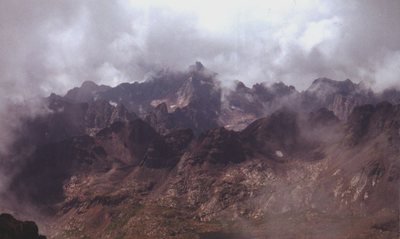 Looking south toward the Needles from the summi… 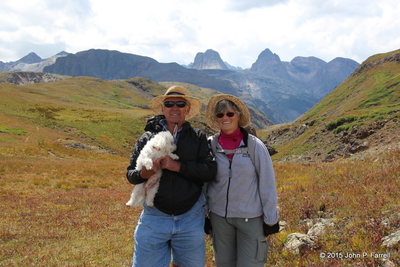 Here is a little history. Pictured is Carroll G… 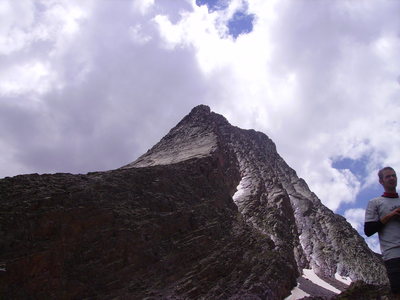