From the notch north of Navajo (see Dicker's Peck for details), you can climb up Navajo's north face instead of using the scrambling route on the peaks west side (called west chimney). Head straight up easy rock for 100-200 feet. This is Class 4 - 5.0 and may not need a rope. Next climb an easy pitch (5.4 max) up towards the tan colored summit cliffs. Some scrambling takes you under the west side of the summit cliffs, and you have now rejoined the West Chimney scrambling route. An optional second pitch goes up an easy crack in the summit cliff (5.4) and goes right (piton) to avoid a large obstruction/overhang. The summit is then a short scramble away.

To descend, scramble SW, then either [descend] the West Chimney route back to the Dicker's Peck notch or scramble down to the east to Airplane gully. As a mountaineering route it's two stars, but the technical climbing only gets one.

It is easily protected with mid-sized gear. 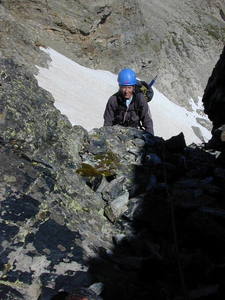 Following the first rock pitch from the saddle. 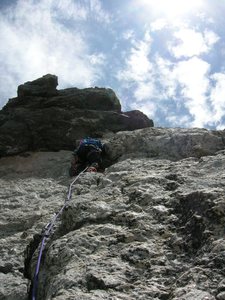 The final crack heading toward the summit (prot… 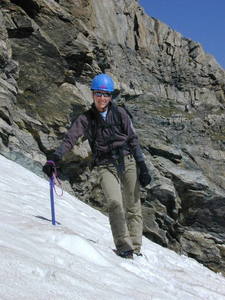 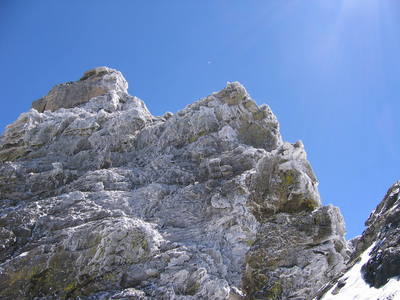 looking up the North Face from Dicker's Peck.… 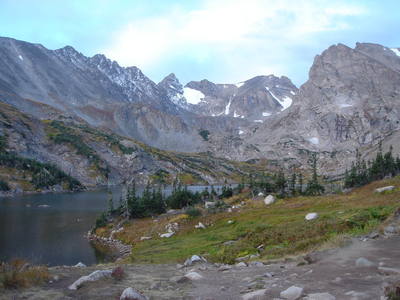 View of the cirque from Long Lake. Navajo Snow… 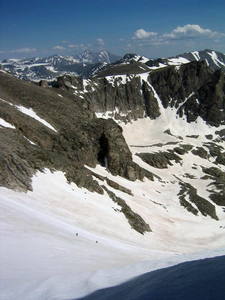 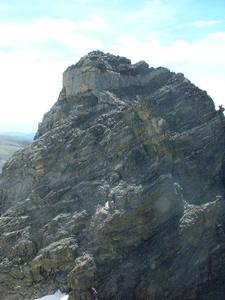 The North Face Route goes to the left of the pr…