Blind Assumption climbs the icy chimney system on the left side of the Corinthian Column. Overall it is more sustained and harder than its cousin, Total Abandon. For 400 feet, it makes its way up 3 pitches before finally relenting on the summit snowfields.

For the approach, see Total Abandon. Once at Total Abandon, keep going across the snowfield to the other side of the Corinthian Column. Turn right and go uphill.

Pitches 2 and 3 - Continue up the chimney system for two more pitches. The hard stuff finishes with a tough mixed move off of a flake. Continue up to the summit or break sharp right and cross over Total Abandon and traverse to the ridge to begin the descent to the car.

This route is tough to catch in good condition. Either the road isn't open to the top or the route is melting in the summer heat, or it is way too thin for normal folks to want to do. Keep trying, like Necrophilia, in the right conditions, this one is a classic; otherwise it can be just a myth.

[Eds. This submission had been previously listed under RMNP/Alpine then non-RMNP/Alpine and now here by request & for better organization.]

Double ropes would be nice on this climb. The lower part wanders a bit under some roofs. Otherwise, bring a selection of all size ice screws, emphasis on the shorter side. A standard rack with maybe a few Lost Arrow and Knifeblade pitons would be nice to have.

From Larry Hazlett: "I was Don's climbing partner on the FA and have images of the climb. I led the third pitch. We climbed using Chounard 55cm ice axes and hammers. The climb was in great shape for us. Steve (Muff) Cheney met us as we topped out! Great day." 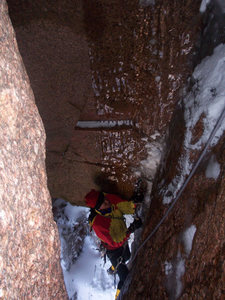 The '90s are back; Erik Wellborn climbing pitch… 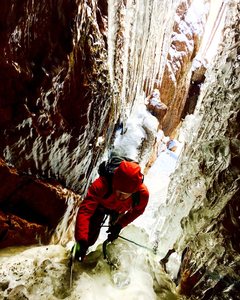 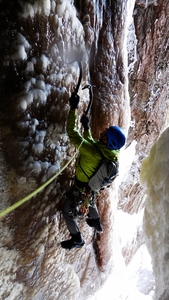 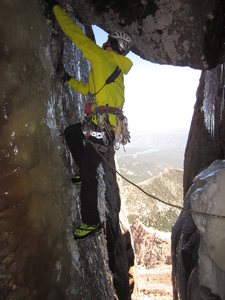 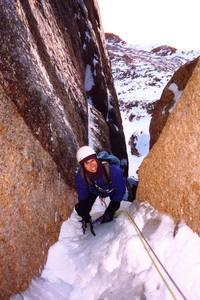 Poking through the first hole on Blind Assumpti… 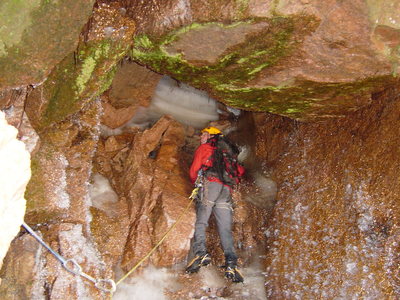 Erik Wellborn checking out the rather rainy 2nd… 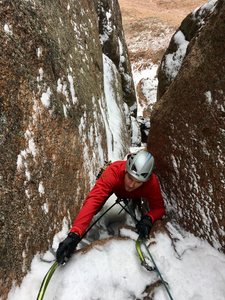 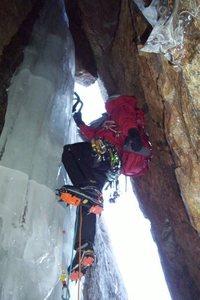 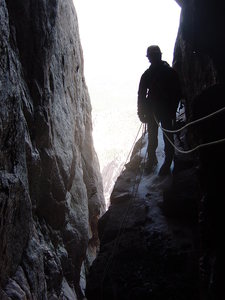 Trask is chillin' in the Blind Assumption chimn… 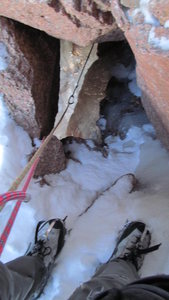 Looking down the 1st pitch. 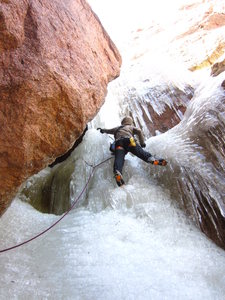 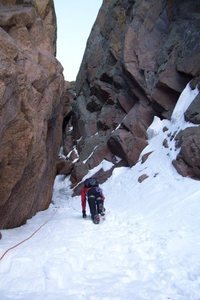