This obscure route climbs the Green Thumb starting from the west side of the Third Flatiron. From the saddle west of the Third Flatiron, scramble down south along the base of the slab forming the East Face of the Green Thumb. It is not obvious where the best place to start is, and we descended south all the way to a clean rib of rock which marks the left (south) boundary of this face.

Ascend this rib. Unfortunately the rock is somewhat crumbly, a rude shock if you just completed a Third Flatiron east face route. Protection is also somewhat lacking. The route is probably easier if you climb farther right near the center of the face. The best thing about this route is the cool views of the Third Flatiron.

Note: if you ascend the right side of the lower face, you will discover that you will have to cross a chasm to get to the top of the ridge. This has been done via a nervy jump (see beta 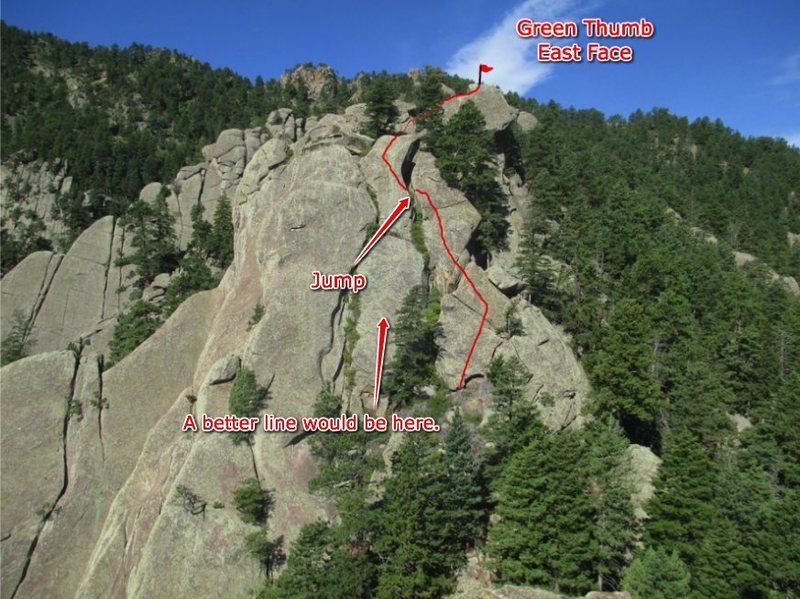 Green Thumb. ), but it is better to start farther left and avoid this problem, or cross back left at the base of the fern gully.

After 2.5 pitches, you will reach a ridge crest with trees and boulders. Follow a knife-edge crest north and west to the summit of the Green Thumb. Move down west a few feet, and do a short rap to the west to descend. 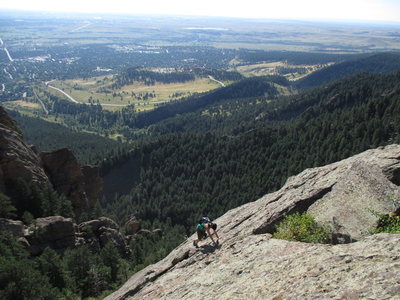 'Fossana' soloing the East Face of the Green Th… 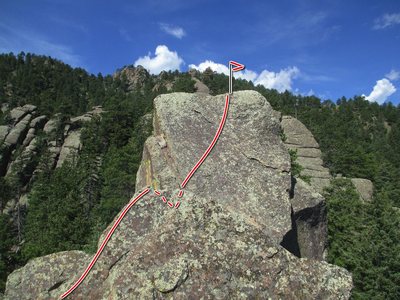 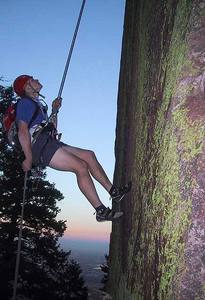 John Prater Raps off the Green Thumb at sunset. 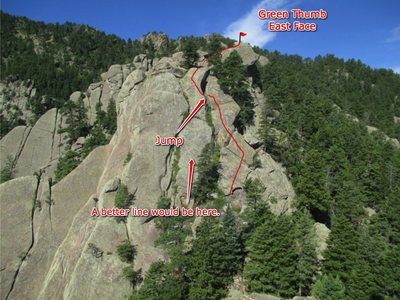 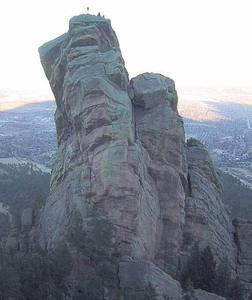 The cool view of the Third Flatiron from the Ea…