Routes in The Bookend

Per A.Eaton: the raptor closures have been lifted as of 6/4/2022 at Lumpy for the following formations:

Per the Denver Post: as of Feb. 15, 2022, Checkerboard Rock, Lightning Rock, Batman Rock, Batman Pinnacle, Sundance, Thunder Buttress, The Parish, Bookmark Pinnacle, The Left Book, Bookmark, Twin Owls, Rock One, and the Needle are closed for raptor nesting. These closures will continue through July 31, 2022 if needed.

All areas [were] OPEN to climbing for the 2021 post July season.

This is a great introduction to chimney climbing at Lumpy. Two full pitches up a chimney lead to a nice right-facing corner (with a Bombay slot), which takes you to the top of the Bookend. The route is moderate and the protection is plentiful. Bring kneepads and trail your pack from your harness for the first two pitches or leave it at the base.

This route begins about 15 meters uphill from Orange Julius in the large dihedral/chimney. Some easy scrambling is required to get to the base of this route. This route is easily viewed from the approach trail.

The protection on this route is excellent. A #3 Camalot is useful but not required. 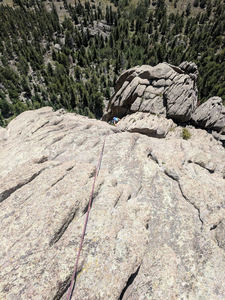 The end of the last pitch, where you finally ge… 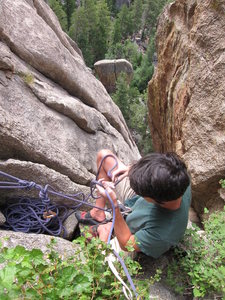 Robby at the belay he settled on about 180 ft.… 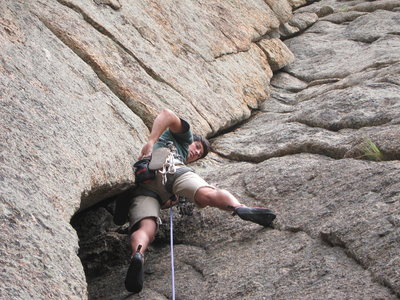 Robby chalks up on pitch 3 of The Great Dihedral. 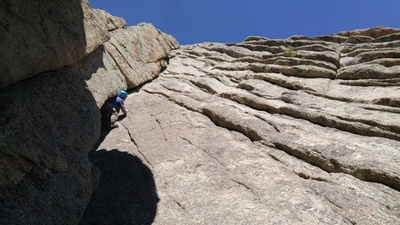 Steve K. about to exit the squeeze chimney on t… 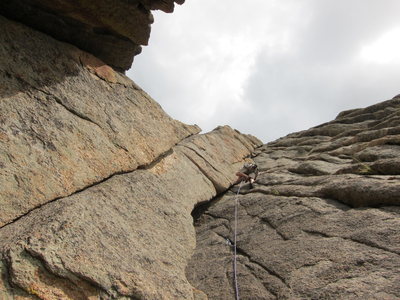 Robby part way up the 3rd and final pitch of Th… 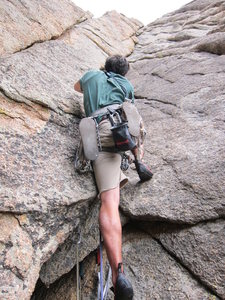 Robby heads up the 3rd pitch. 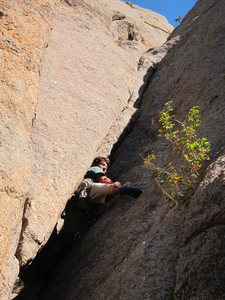 Robby near the bottom of the pitch 1 chimney. 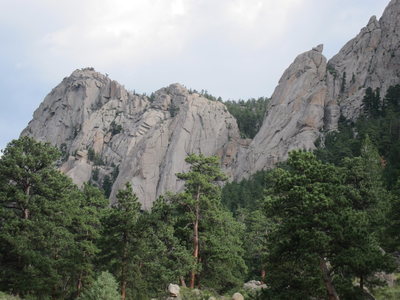 The Great Dihedral is just left of the prominen… 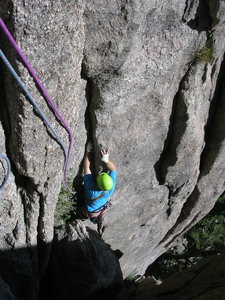 Phil Kerwin coming off the couch from WI. 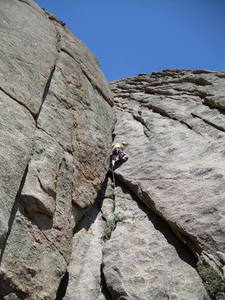 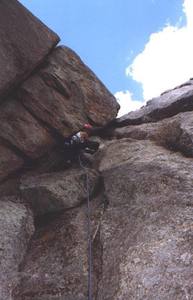 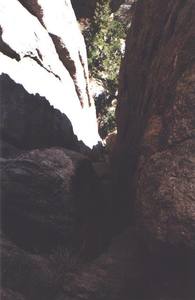 More About The Great Dihedral