This is on Seam Rock, a few miles up the dirt road from Combat Rock...follow Rossiter's approach info...just park on the left road at a small pullout and cruise north, up the mountainside and slabs...then drop down into draw and go up water streaked slabs to the base of the route at the low point of the rock.

P1 goes low-angle up and right to a blank section with a bolt and join a large quartz streak that goes up and left (runout but easy) to a good ledge.

P2 goes up short crack onto steep slab and heads right to bolt and up steep and balancy past some bolts and up to the way left side of the roof...turn the roof up unto steep dike and up to bolt and continue up fun rock to a 2 bolt anchor.

P3 angles up and left on fun rock with spaced pro and fun moves on bumpy rock to a large ledge with trees.

P4 goes up small roof and up to twisted juniper and go up fun crack onto beautiful face steep up past 2 bolts with perfect holds and up to a ledge (optional belay), and go up bulges with good pro and the angle eases for the last 40 feet to summit (long, 200 foot stretcher). Easy for 5.8, well protected cruxes...VERY fun on quality rock!!!

Dag is an Australian term for "dingleberry". Beanland was visiting from Australia.

A small rack with quickdraws for the bolts.... A few 2 bolt anchors, a few gear anchors.

Some info on the new anchors which appeared on this route, along with the added protection bolts, in 2013:

These bolts and quicklinks with smash links were designed to create a fixed rappel route down from the top of the climb. They are painted a camo green color.

I must stress that I am only making vague estimates of the actual distances between anchors. I would strongly recommend using two 60m ropes for the rappels.

Per Carl Schaefer: there's a 2-bolt anchor at the top of every pitch and an extra one in the middle of P4 (right where the low-angle 3rd class section starts).

P3 doesn't "angle up and left", it goes straight up from the P2 anchor to a bolt (which isn't visible from that anchor). 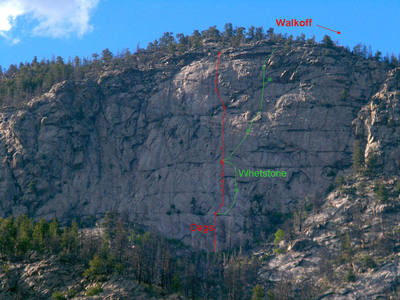 Dags In Beanland and Whetstone. 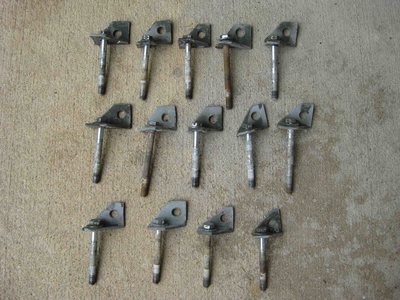 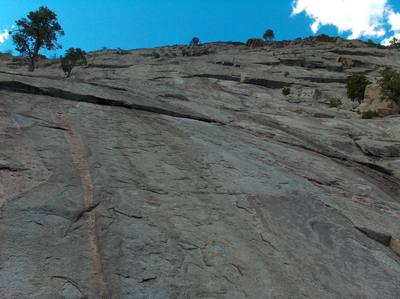 View from the base of the route, first bolt vis… 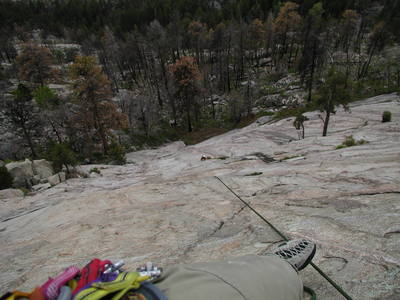 kelley on the second pitch 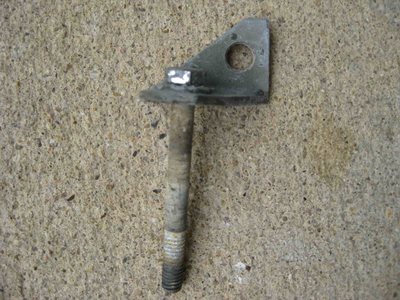 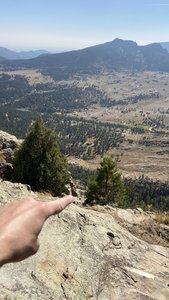 Rap anchors down there. 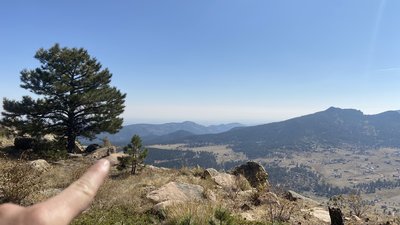 I placed a cairn above the rap station. The pos…

More About Dags in Beanland