This climb is a well-protected, fun Flatirons climb. Start at the left side of the east face and head straight up a left-facing dihedral that forms one side of a shallow gully. Cross over the gully when the pro gets thin and head up the face to a belay stance about 25 feet below the south facing arete that goes to the summit. Tackle the arete, cross a crevice, move out onto the east face and head for the summit.

Variation: from the crevice, head west and corkscrew around the summit block via some cramped moves under an overhang on the west reminiscent of Cozyhang on The Dome.

Descent: scramble to the northernmost point on the summit and head west to a gully that leads to top of the saddle between Fo amd Fum. From the summit, it looks like a steep downclimb, but it's not. Cross the gully and head up the west side of Fum and through a hole behind Fum's west face. Hike down along the north side of Fum. You can also descend the gully between Fo and Fum, but it supposedly requires some 5.4 downclimbing. 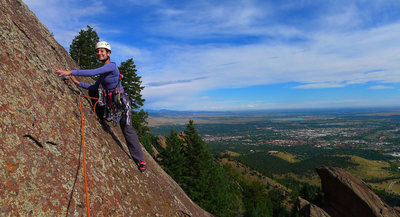 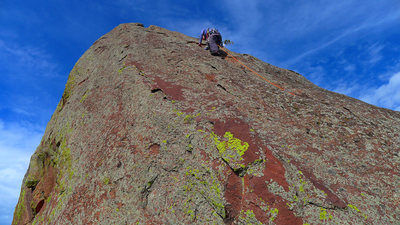 Nearing the top of Quadratic Equation. 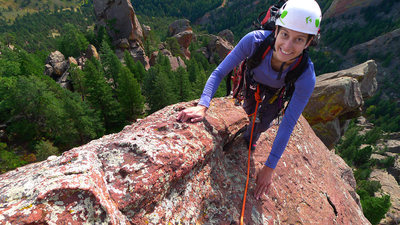 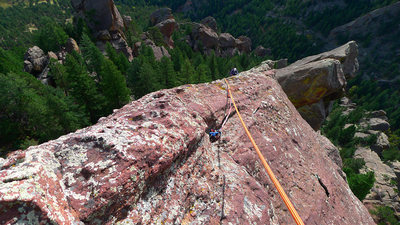 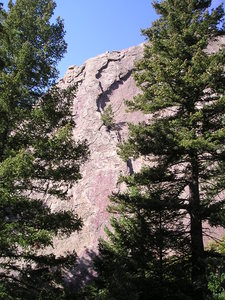 Fo peeking through the trees on the approach vi… 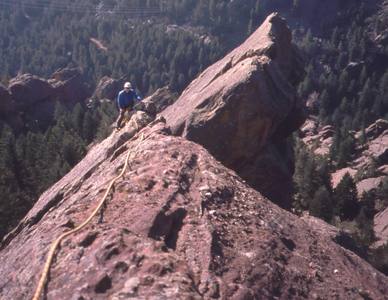 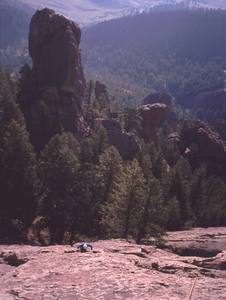 John Saccardi comes up the first pitch of 'Quad…