This is a halfway decent climb that's well-protected and has solid 5.10 moves throughout. The crux comes at the end and involves a tricky high-step, but it's very well-protected. The route is between the Eiger Sanction (to the left) and Footloose (to the right).

Correction by Drew Allan: Eiffel Tower is the sixth route to the right of the cave area/arete (Bonehead), which is located on the left (East) side of Little Eiger. See "Headline" topo photo. It is the first route you encounter left of Footloose after a swath of stone that doesn't have any routes. The route begins approximately 15' right of Eiger Sanction with an early '90s first bolt a bit off the deck and below a small roof.

Move up some interesting face moves and clip two bolts below the roof. This is old school bolting, so be careful. Climb over the roof and angle right along a ramp where there is a solid runout between the third and fourth bolt on moderate climbing. The crux is from the fourth to sixth bolt and offers great, dynamic moves with tricky feet to a right hand horizontal. One more clip leads to the open shut anchor that is protected with a clip link connected bolt. ET is probably harder than ES next door. In fact, I don't think this route gets done as often as it should. It is definitely worthwhile. It has seven bolts. 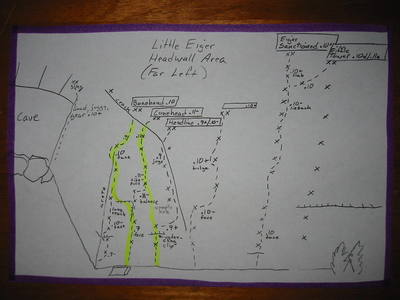 Topo for the left side of the Little Eiger; "He… 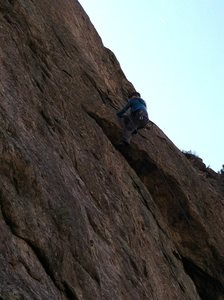 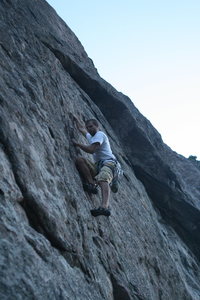 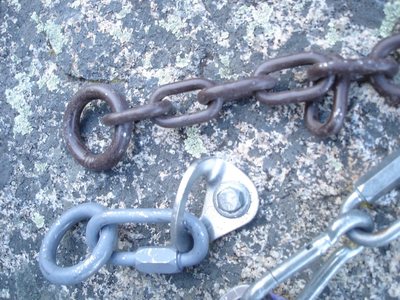 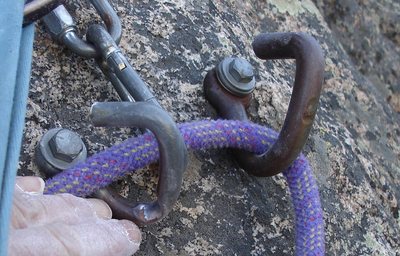 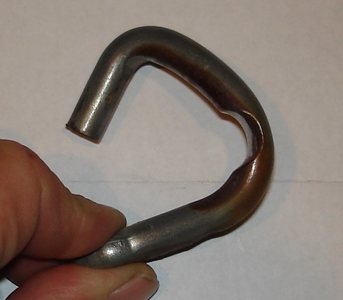