Dark Star lies in the chimney system to the right of the Flying Buttress on Mt. Meeker. It's hard to see the route until you are right underneath it.

Eds. note, it is often difficult to determine which route is Dark Star and which is Right Chimney. It appears this line here is likely Right Chimney.

Hike up snow slopes, to the right of the Flying Buttess. These are obvious in the attached picture. Head toward the deep recess. Climb a short, difficult section to get to the base of a chimney. Climb it. The first time I climbed this pitch it was filled-up with ice, turning it into an offwidth with great sticks in the back. The second time I climbed this pitch, there was not as much ice and the climbing was a bit more mixed and difficult. An excellent pitch.

Climb up the easier snow/ice gully for a full rope length. Continue up the steepening gully until you are blocked by overhanging rock. Figure out a way to get past this section, usually by climbing out left. Also an interesting pitch.

Ascend up to the summit. Descend via The Loft.

Ice screws and some rock pro. 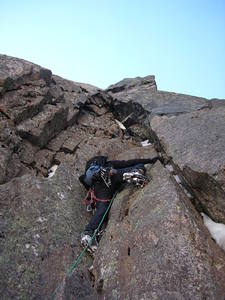 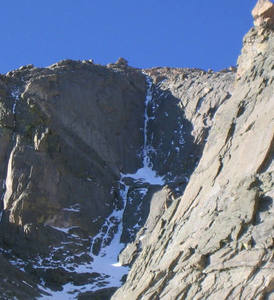 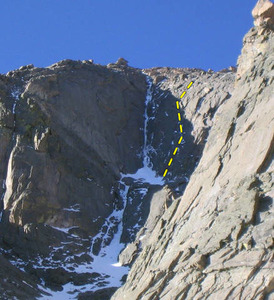 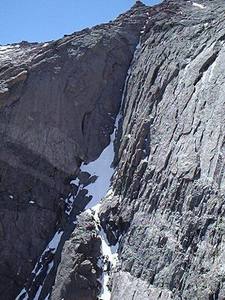 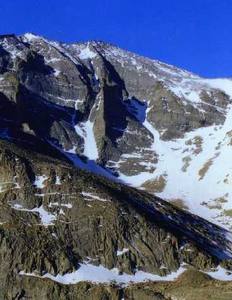 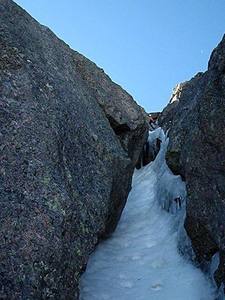 Unknown climber on one of the upper cruxes. 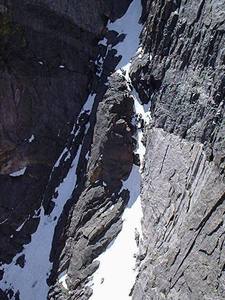 A photo of the lower section of Dark-Star, show… 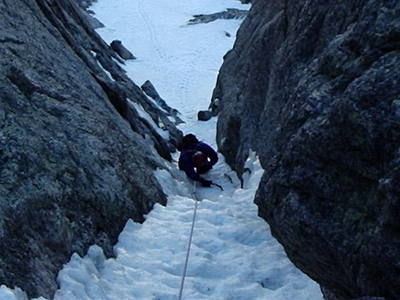 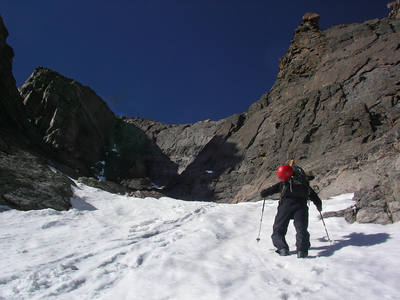 Eric kicking steps up to Right Chimney on 5/21/… 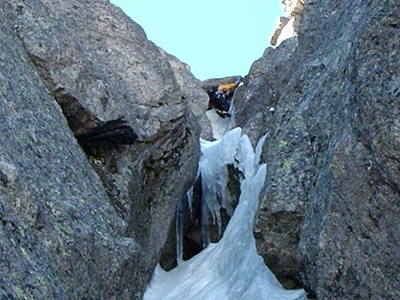 Another photo of an unknown climber on one of t…