Two thin ice pillars form in the bowl above the Spiral Staircase. The pillar on the left is The Pencil. The Pencil forms a narrow pillar about 40 feet high completely detached from the overhanging rock face. The ice is vertical and often very chandeliered with no real cone at the base. Climb to the trees above. This climb can be led, but is just as easy to toprope. From the top of Spiral Staircase, scramble up an ice gully to the base of the climb. Follow a trail up steep dirt to the right of The Eraser, and anchor to abundant large trees at the top of the climb. There appears to be a very difficult bolted mixed climb that ascends the roof of the cave in between The Pencil and Eraser as well.

Ben: The Pencil came in really fat this year (March '01) and seems to be more like WI4. It was only chandeliered on the right side, but really solid in the middle.

There are good anchors on top consisting of several fixed slings and rap rings around a large tree. An additional ~10 ft sling and a biner for a backup is a good idea. One rope is sufficient. 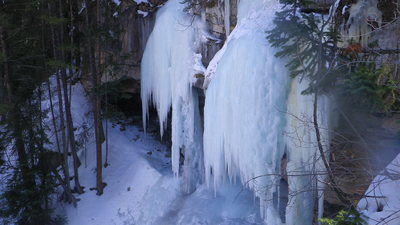 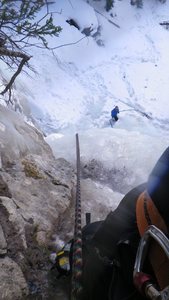 Pencil is longer than the staircase and had a b… 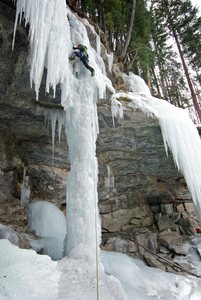 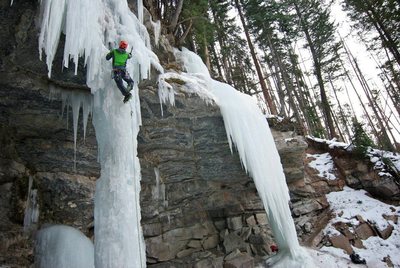 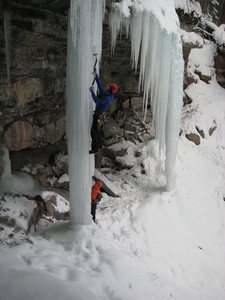 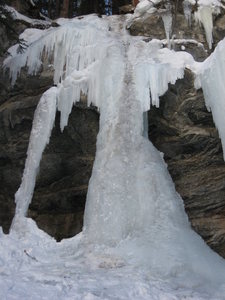 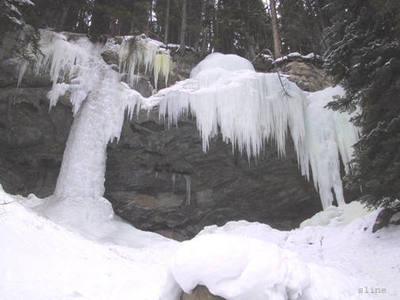 More About The Pencil