This is one of the most famous ice routes in the park, an excellent moderate multi-pitch route in an alpine setting. The route follows the large, obvious flow directly above the bowl on NE face of Thatchtop, ascending four pitches of mostly thin water ice. Despite the name, under normal conditions there is actually very little mixed climbing involved although some mixed protection placements may be necessary if the ice is in thin condition. The flow is fairly wide with infinite route possibilities.

The main line follows the center of the flow with the most consistent ice.

P1. The first pitch ambles up low angle slabs that are often in thin condition and difficult to protect. Clip a fixed pin in a crack on the right to beef up your placements. Lead up to a ledge just below the steeper ice and belay from a mixture of nuts and screws depending upon conditions.

P2. The second pitch climbs several short, steep pillars (that may be hollow and chandeliered) interspersed with low angle sections. Lead up to a ledge, just before the route turns into a steep snow climb.

P3. Pitch three hikes up steep snow with little pro to the base of a 70-85 degree pillar. Get a few screws in the ice early, the climbing isn't hard here but the exposure is substantial. The snow slope steepens as it joins the pillar. Set a belay below the pillar if using screws or below the steepening snow in some cracks in the rock.

P4. From here, there are three options: ascend the main pillar, move right and climb a shorter, steeper pillar or escape left by following the wide ledge on talus or snow and join the descent route. The direct route up the pillar can be difficult to protect in thin conditions, but mostly it provides smooth, thick ice with the best protection on the climb. Follow the pillar up a couloir to a notch and move left to the decent route. If you follow the pillar on the right, ascend rock at the top of the route, then move left to join the top of the main pillar and the decent route.

Descent: Follow the shoulder of Thatchtop left over a ridge and descend a Class 2 talus slope on the opposite side. Pick your way down until you are just above the bowl. Pass through a notch in the ridge and follow a Couloir down to the bowl below the base of the climb.

Screws, nuts and pitons. Bring several shorty screws as the ice is often thin. Some long screw placements can be found as well.

This route is not well suited for top-roping. 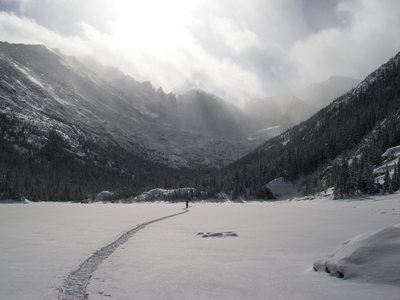 Morning light on approach to AMU. 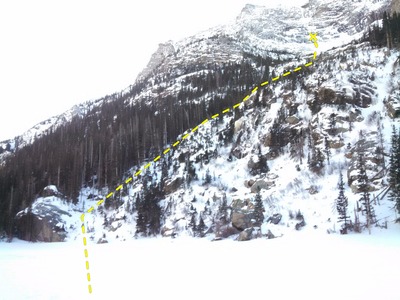 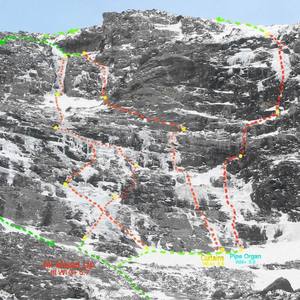 An overview of the "All Mixed" Up wall. 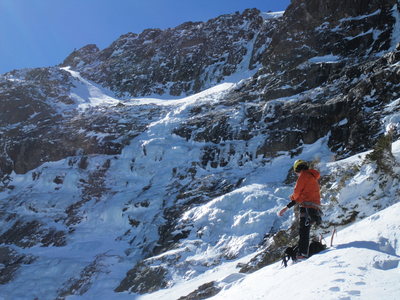 Checking out All Mixed Up. 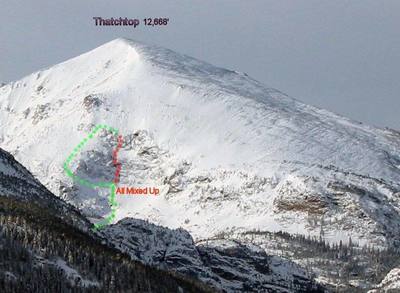 Normal descent is shown in green. There can be… 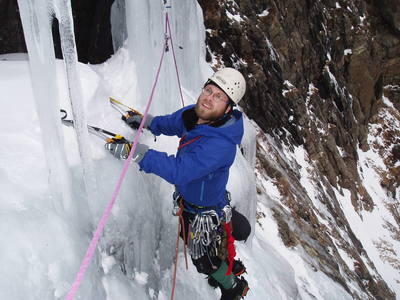 Brandon Miller enjoying the exposure on the 3rd… 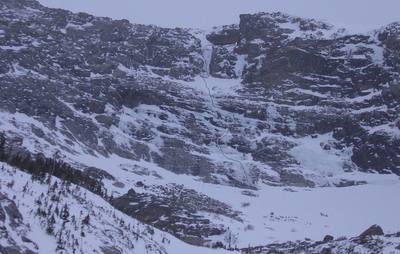 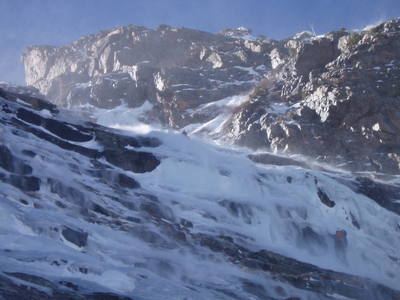 Two climbers and a little blowing snow on the t… 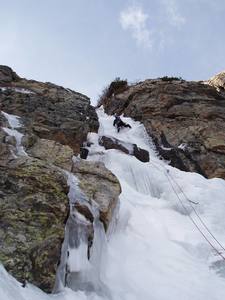 Yours truly getting the glory pitch on "All Mix… 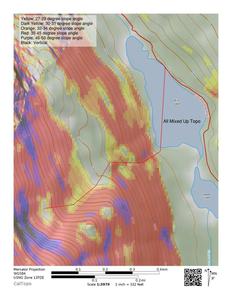 This topo map shows the terrain and degree of s… 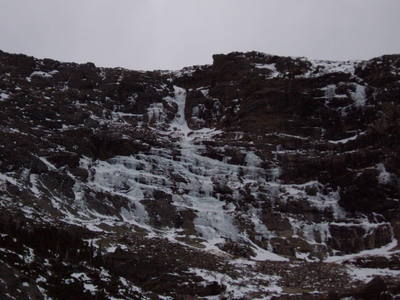 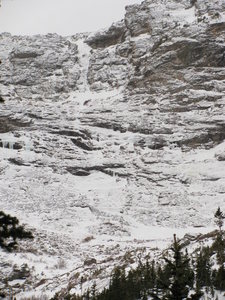 More About All Mixed Up